Climate change and conflicts – Three things you need to know

Climate change may pose a major challenge to peace in the coming years. Here are three things we think you should know about the complex relationship between climate change and conflict. 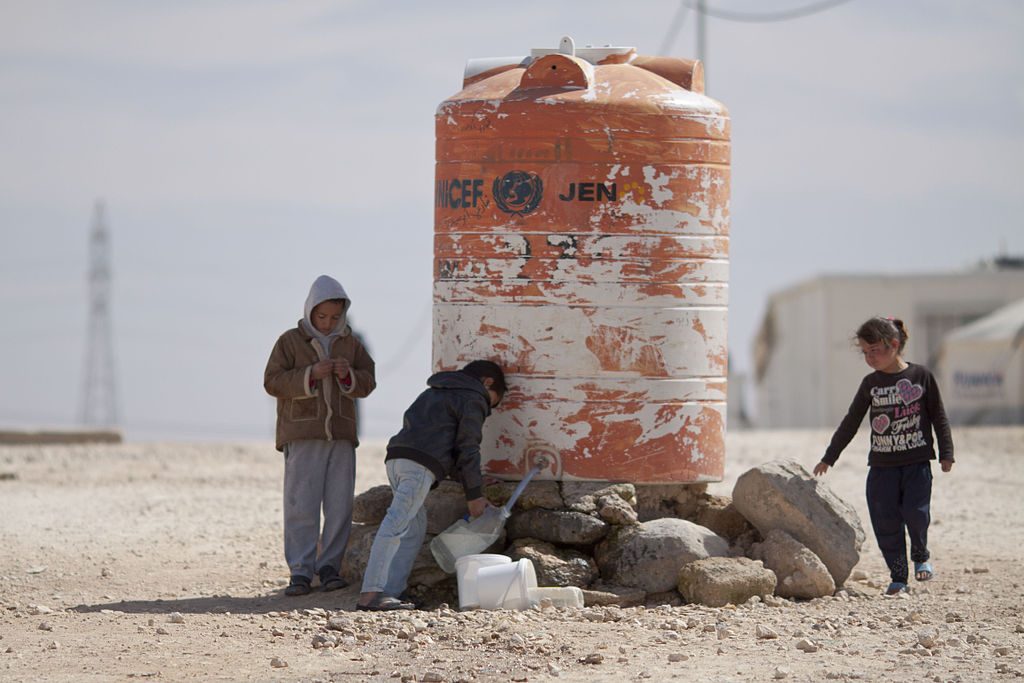 Climate change is a threat multiplier

One way to look at this complex issue is to view climate change as a threat multiplier. Climate change doesn’t directly cause conflicts, but it can aggravate existing tensions. Climate change shuffles the deck and boosts or diminishes other variables in the equation.

Two key ways have been identified about how climate change increases conflict risk. First, as climate change progresses, it puts serious pressure on livelihoods, potentially destabilising the immediate environs. Secondly, as these more direct effects are felt, people may be forced to migrate, which can create tensions in receiving areas.

Increasingly unpredictable and extreme weather patterns can work to destabilise an area by stripping people of their livelihoods, especially in places that depend on agriculture and fishing. This may contribute to existing tensions by increasing competition for scarce resources. Armed groups might offer a more stable income than, for instance, failed farming. This risk is especially true in peripheral areas that lack government presence, such as the Lake Chad Basin. Read more on the crisis here.

Migration poses a viable adaptation strategy. Most often migration is internal, from rural areas to the nearest urban centres. After 2006, Syria experienced an extreme drought for several consecutive years. By 2011, 1.5 million people had moved to the cities. Rapid migration flows makes integrating migrants very difficult. At the same time, the social fabric of established communities becomes frayed, and the newly urbanised people end up in a very vulnerable position. Such conditions are fertile ground for crime, radicalisation, and discontent. Existing grievances makes peace evermore fragile, and an additional shock may tip the scales toward conflict.

Climate change may provide just such a shock. A drought-induced crop failure can set food prices skyrocketing, which hits poor communities hardest. In recent years, price peaks in food and other basic commodities have triggered protests and riots in Egypt and Iran. In an interconnected world like ours, a price shock may occur even if the climate impacts take place far from conflict zones. 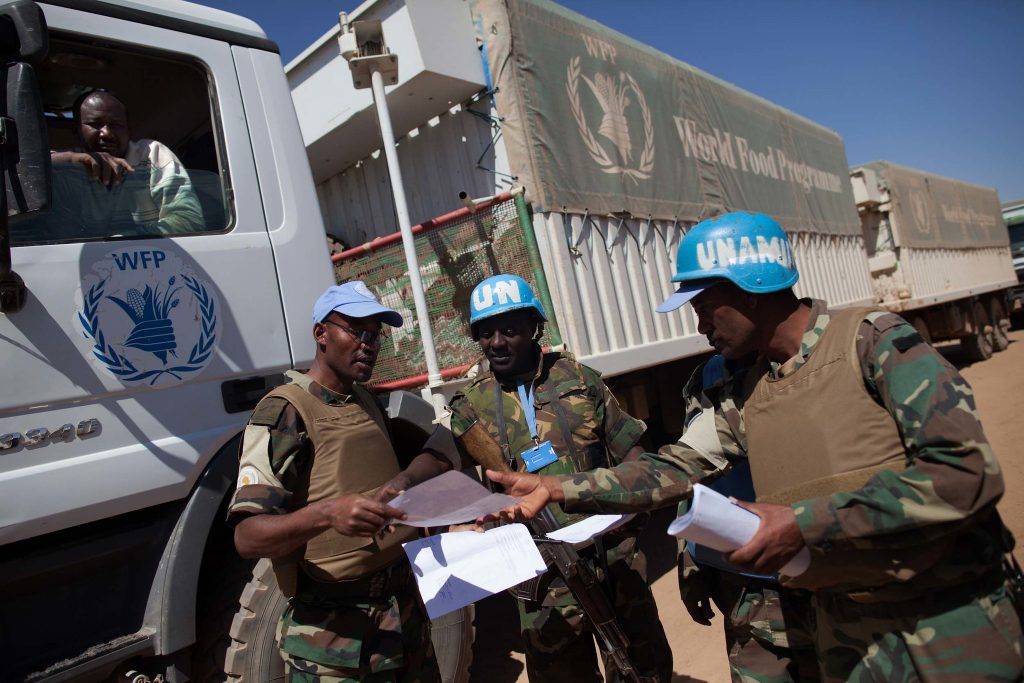 According to the latest Global Peace Index by the Institute for Economics and Peace, nearly a billion people live in areas with high or very high exposure to climate hazards. Some 400 million of them live in countries with already low levels of peacefulness.

A key finding is that climate change may bolster and even ignite existing tensions. Safe and just societies with sufficiently strong institutions to take care of the needs of their citizens are the most resilient to shocks of all kinds. Societies need functioning mechanisms to deal with internal tensions and conflicting interests.

Peace is not simply the absence of violence. Fostering  positive peace is the goal here. The Institute for Peace and Economics defines positive peace as the attitudes, institutions and structures that create and sustain peaceful societies. Positive peace is realised through well-functioning governments, sound business environments, equitable distribution of resources, and well-developed human capital.

Positive peace provides the basis for measuring a country’s shock resilience and long-term adaptability, as well as its fragility and conflict risk. High levels of positive peace indicate the absence of underlying grievances, which could otherwise be exacerbated by climate change. Peace cannot be maintained without a capacity to withstand climate disturbances and deal with their consequences peacefully.

Positive peace provides a basis also for CMI’s work to build better societies. The essence of CMI’s approach can be found in the agenda 2030 for Sustainable Development, which states that: “There can be no sustainable development without peace and no peace without sustainable development.” To enable this, peace mediation and dialogue can help create inclusive state institutions that respond to sources of instability. 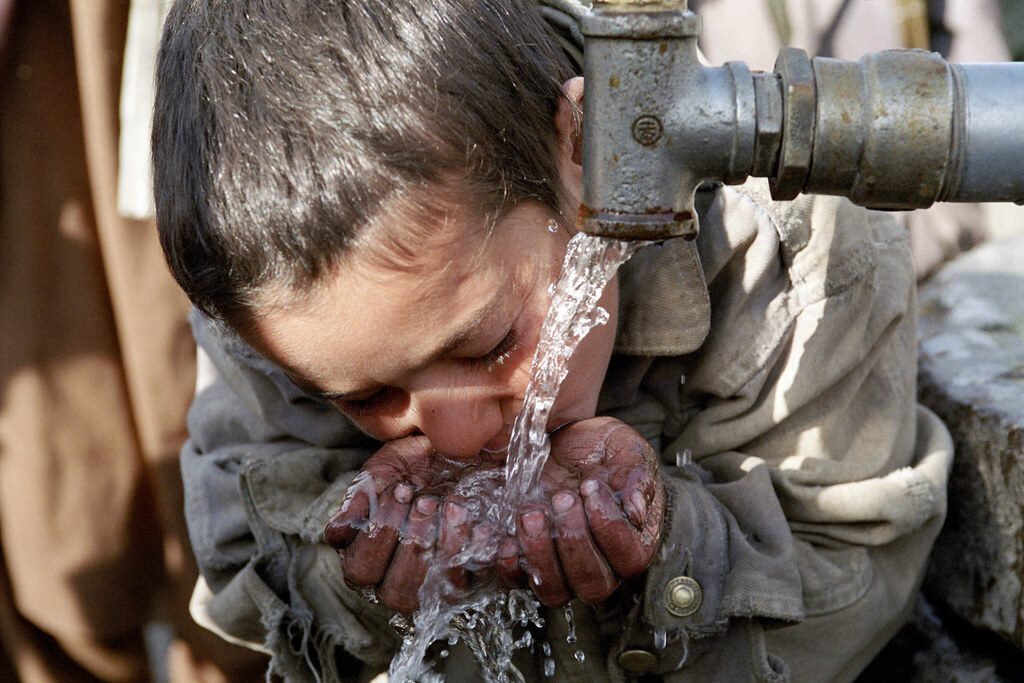 A child having a drink of water in Maslakh Camp, Afganistan. Fresh water is one endangered resource that has already played a role in conflicts. Photo: Eskinder Debebe/United Nations (CC BY-NC-ND 2.0)

Technical cooperation, such as the management of shared natural resources, can serve as a starting point for more extensive peace efforts. Successful cooperation builds trust, which can then be used to bring other, more challenging and sensitive, issues to the table.

One example of this approach is CMI’s work in Libya. A few years after the Arab spring, in a highly polarised, fragmented, and sensitive context, where the security situation had deteriorated rapidly, the role of natural resources represented one of the only subjects hostile parties could discuss. A national dialogue on natural resource management principles provided an entry point, which brought different actors to the table. Apart from oil, fresh water was one of key resources that played a part in Libya’s turmoil. These questions had to be addressed when creating a new constitution for the country.

The successful dialogue project created new tracks and offshoots to pursue, and paved the way for further development. As climate change generates resource scarcity, careful and coordinated resource management becomes ever more crucial. Mediation and dialogue provide the basis for cooperation and reveal its benefits over competition.

Climate change is not a direct cause of conflict, and it doesn’t have to be an indirect one either. Even with the climate factor, the root causes for conflicts are a mixture of socio-political and economic elements. Conflicts themselves are between humans, started by humans. What humans have started, humans can end.

The Institute for Economics and Peace: Global Peace Index 2019

Will a hotter planet lead to more armed conflict?

The 2030 Agenda for Sustainable Development

Natural Resources and Conflict: A Guide for Mediation Practitioners