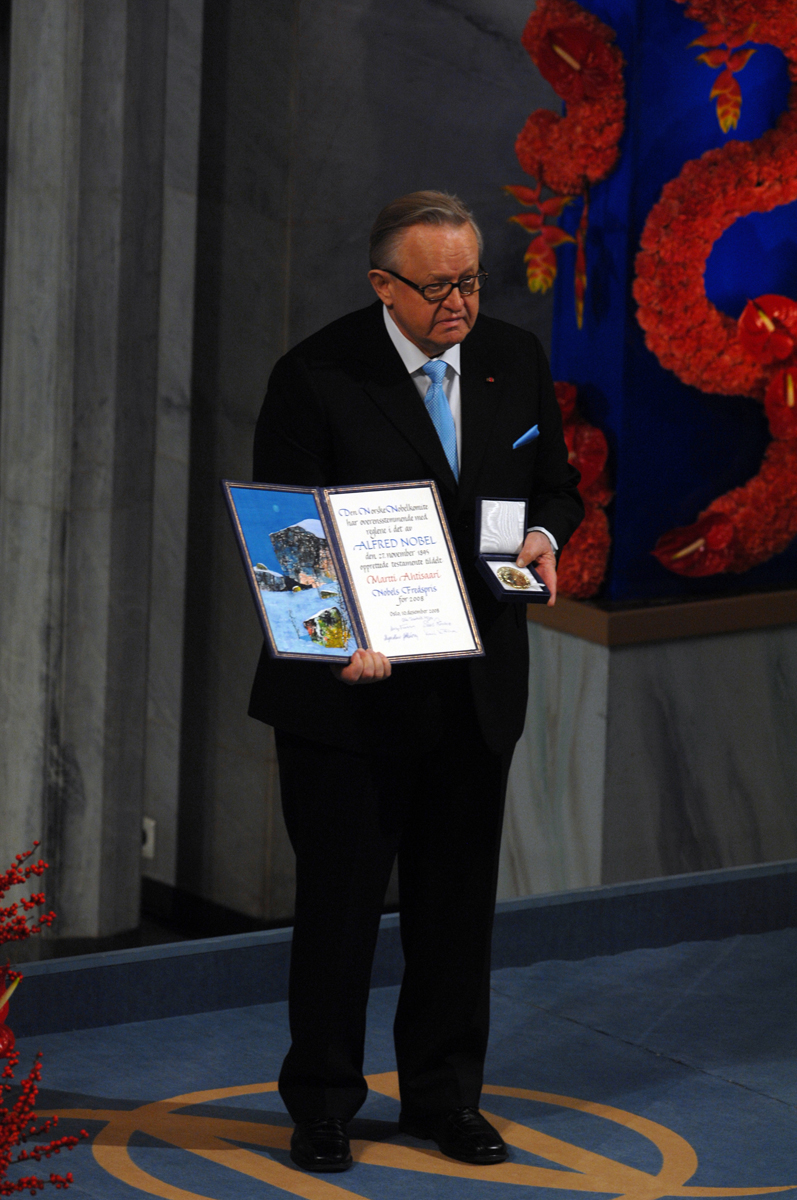 The Norwegian Nobel Committee honoured Martti Ahtisaari with the Nobel Peace Prize in 2008 for, as the Committee’s press statement put it, “his important efforts, on several continents and over more than three decades, to resolve international conflicts”. As such, Martti Ahtisaari’s life work is an important contribution to the ideal of fraternity between nations that Alfred Nobel himself wished to promote.

The Nobel Committee acknowledged Ahtisaari as an outstanding international mediator, and noted that throughout his life Ahtisaari has striven for peace and reconciliation. Much of his international work has been in close connection to the United Nations. Since stepping down as President of Finland over two decades ago, Ahtisaari has been constantly and prominently engaged in efforts to resolve several serious and persistent conflicts. In 1989-90 he was deeply involved in helping to establish Namibian independence, and in 2005 Ahtisaari and CMI played a key role in bringing about the Aceh peace accord.

Ahtisaari was part of the efforts to resolve the Kosovo conflict in 1999 and again in 2005-07. In 2008, through the CMI and in cooperation with other institutions, Ahtisaari contributed to developing a peaceful conclusion to the troubles in Iraq. He has worked on conflict resolution also in Northern Ireland, Central Asia, and the Horn of Africa.

Ahtisaari emphasized in his Nobel acceptance speech that peace is a question of will.
He also reiterated the firm belief that is now the core principle of CMI,
namely that all conflicts can be resolved.