Isis in retreat: how could CMI build peace in Mosul?

CMI has negotiated with the Iraqi leadership how it could help ease tensions in the Iraq’s second city Mosul. According to CMI’s Hussein al-Taee, it’s important to find solutions that would prevent a vicious cycle of reprisals from emerging between the various ethnicities after the ousting of Isis. 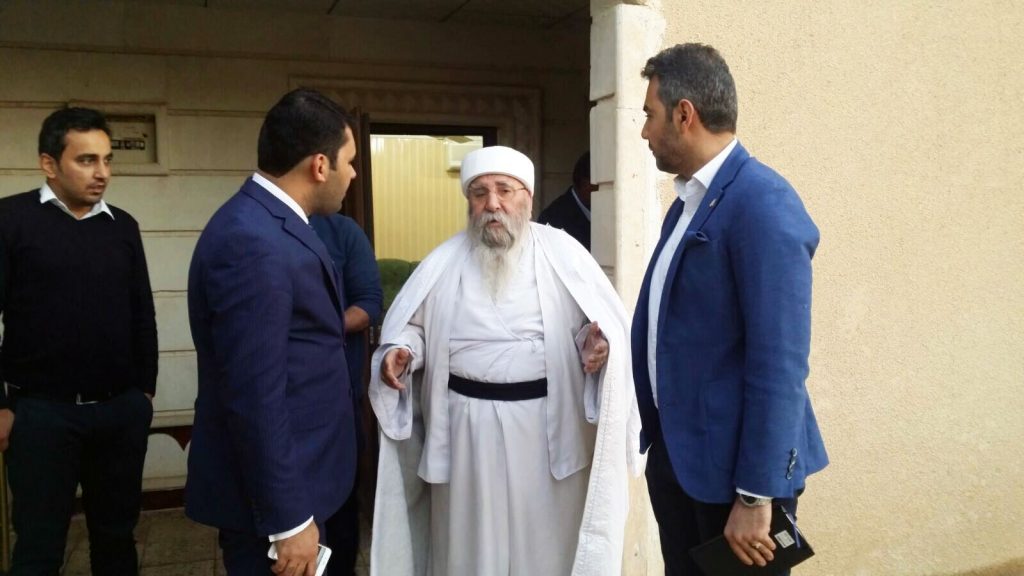 Haydar al-Darraji (left) from the Office of Iraq’s Prime Minister and CMI’s Hussein al-Taee met with the religious leader of the Yazidi religious minority, Babo al-Sheikh in Dohuk in northern Iraq.

CMI is in negotiations with the various parties to determine how it could help with reconciliation and peacebuilding in Iraq’s second city of Mosul.

The Iraqi army and other security forces are currently working, with the support of Kurdish fighters and an international alliance, to reclaim the city from the Islamic extremist organization Isis. One fear is that once Isis has been ousted from the city, a vicious circle of reprisals will emerge between the various ethnicities. As a key city, Mosul could also develop into a focus of struggle between the regional powers.

The head of CMI’s Iraq programme, Hussein al-Taee, and CMI senior advisors Ilkka Uusitalo and Nureldin Satti recently made a week-long trip to Iraq. As part of the trip the three mapped out CMI’s possible role as the fighting still continues, and especially for when it is over.

Joining them in discussions with local officials and representatives of minorities in Iraq were the country’s highest-ranking politicians, including President Fuad Masum.

Lasting peace in Mosul cannot come about before all the ethnicities have had an equal chance to participate in building the future. In al-Taee’s view, one way in which peace could be fostered could be to establish a committee to resolve the disputes and disagreements between the tribes.

Many of the residents of Mosul have been involved in some way or other in Isis’s brutalities. Even within the same family there can be both Isis fighters and Isis victims.

“It is important to find solution so that entire tribes are not charged with crimes”, al-Taee says.

It is likewise crucial to safeguard the status of minorities, which were badly off even before Isis took power.

“What’s important is that they can return home and know that those who have the upper hand in the city will not treat them as they did before the rise of Isis. It is also important that the Yazidis do not seek revenge on those who acquiesced in their persecution.”

Al-Taee emphasizes that the eviction of Isis from Iraq is only the first step in rebuilding society.

“Even if Isis were to be defeated tomorrow, it’s impossible to say whether Iraq could be quickly stabilized. Much remains to be done. But everything is possible, as long as there is the capability and the will.”

“Reducing the need for violence”

Above all else, CMI works to help ensure that Iraq can become a country governed by the rule of law. For over two years not CMI has contributed to creating a strategy by which reconciliation can be reached between the different ethnicities in Iraq.

Such a society does not provide favourable conditions for the emergence and growth of terrorism.

“The goal is that every citizen feels that he or she is being treated equally and fairly in the eyes of the law. This is the way in which peace can be brought to a country like Iraq.”

According to al-Taee, continual progress is being made in drawing up the strategy for reconciliation.

“The starting point is that nothing in the present system is beyond negotiation. One way or another everything must change if Iraq is to be got back on its feet”.

CMI has ensured that groups that would otherwise be sidelined have been included in the discussions.

“That is how the need for violence and resistance can be reduced, because hope is also to be found via the political path. This realization is one direct effect of CMI’s work”, al-Taee remarks. 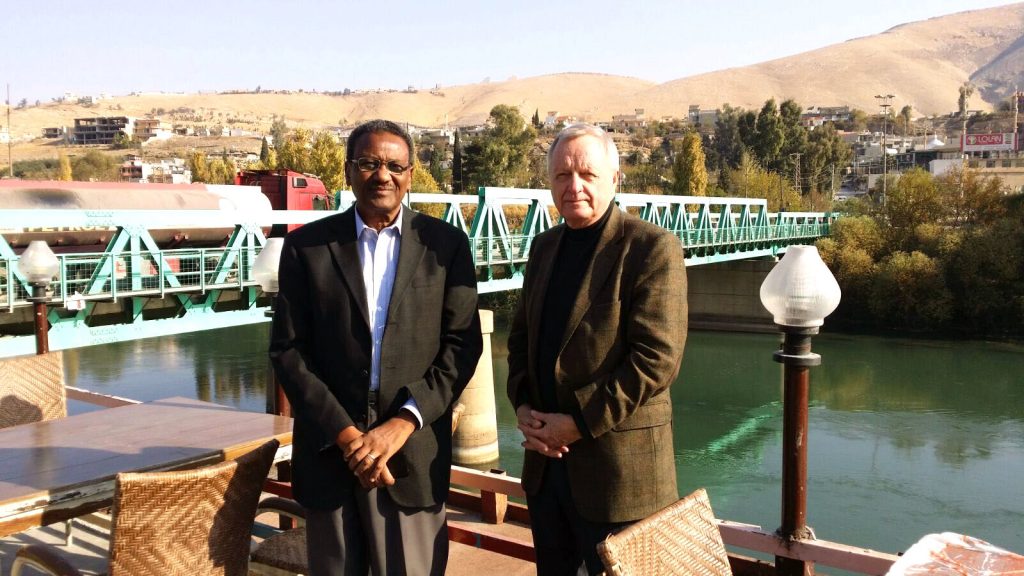 CMI has managed to open doors in Iraq that could easily remain closed.

“With such a conflicted and complicated situation in Iraq, very few international actors are able to do anything”, al-Taee comments.

As an independent and Finnish organization, CMI is seen in Iraq as a good envoy.

“Finland is a small country, but a titan in foreign policy when it comes to making peace.”

The story of Finland, which in 2017 celebrates a century of independence, also resonates in Iraq. Upon freeing itself from Russian rule, Finland was still a deeply impoverished country. And the civil war that broke out soon after left deep scars.

But despite its difficulties, Finland has risen to become one of the world’s most successful countries.

As Hussein al-Taee ponders: “how did Finland succeed in maintaining social harmony? What are the Finnish strengths that could be transferred to Iraq, if that is what Iraqis want?”