As the National Dialogue Conference draws to a close in Yemen, the Yemeni Women Forum for Dialogue issued a statement underlining the need for the continued active inclusion of women in the implementation of the negotiated outcomes. CMI continues to support this group, bringing together women from different political backgrounds, in their efforts to ensure that women’s voices continue to be heard throughout the transition in the country. 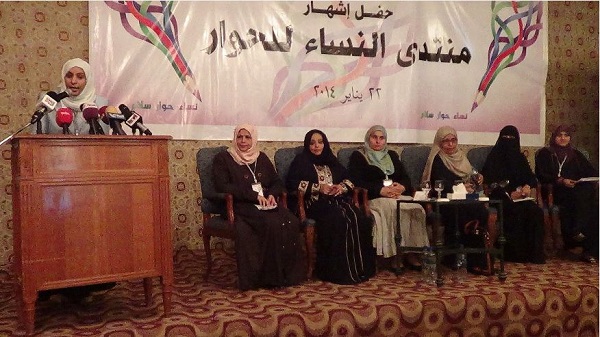 On 22 January, the cross-party group of over 20 influential women political actors supported by CMI released a joint statement calling for women’s meaningful involvement in the next phases of the Yemeni political transition, including in the drafting of the new constitution. The members also affirmed their strong commitment to continued joint efforts to ensure that women’s voices and concerns continue to be heard in Yemeni decision-making and society at large.

The statement was issued in an event organised by the Women Forum and Crisis Management Initiative in Sanaa on 22 January. The launch event was attended by altogether 190 representatives of different political groupings, civil society organisations and diplomatic missions as well as by Yemeni and regional media. With both men and women from diverse political groupings present, the event presented a unique opportunity for Yemenis across political divides to hear and engage in discussion on women’s views and experiences related to key transition issues of vital importance to all Yemenis.

Ensuring that women’s voices are heard

”The Women Forum for Dialogue has given us a chance to work together. It has gathered women from different components and governorates under one ceiling to work together for women’s rights and an inclusive peaceful Yemen,” forum member Salma Al-Masabi from GPC summarised the significance of the group. 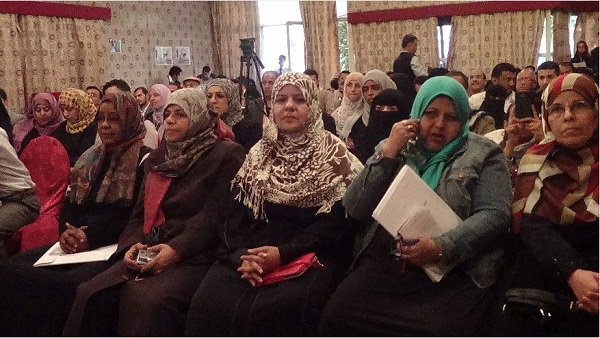 The Women Forum for Dialogue, established in early 2013, is comprised of 25 women from diverse political and geographical backgrounds. The members of the forum participated in the National Dialogue Conference as representatives of their respective political components, contributing to the work of all Working Groups. During the ten month National Dialogue Conference, the Forum has been working with the support of CMI to ensure that women’s views and concerns as well as issues of specific importance for them are included in the outcomes of the dialogue.

Concretely, the Women Forum has produced joint analysis of the nine thematic issues discussed in the conference. These findings and recommendations were disseminated to all dialogue participants and international actors to support incorporation of women’s concerns also in the coming phases of the transition. Moreover, the members have engaged their male counterparts as well as the wider constituencies in the Yemeni governorates in dialogue on gender-related aspects of the transition issues.

The joint recommendations by the Forum were published in early January and form the basis of the Forum’s ongoing work in Yemen’s transition. 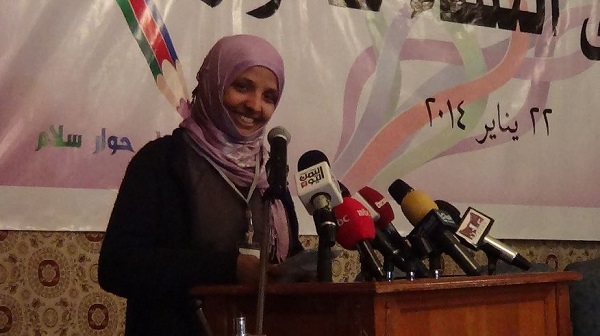 Women from different backgrounds working for a common cause

”In wars and conflicts, we lose our loved ones as individuals, and with regard to the nation, there are no winners in these conflicts. Therefore I am a member of the Women Forum for Dialogue, wishing peace for everyone.” Akhlaq Al-Shami, Ansar Allah

”I believe our forum can greatly contribute to coexistence based on the values of freedom, justice and democracy for the society as a whole and women in particular. That is why I’m here.” Dr. Tayba Barakat, YSP

”I’ve been a member of the Women Forum for Dialogue since the beginning. I’ve been fully convinced of the goal – to gather women to work together in the NDC in order to include women’s rights in its outcomes and to adopt them later on.” Judge Eman Shaif, independent women

”Pictures of women who have lost their children or some of their relatives and still call for peace are one of the reasons to be a member of the Women Forum for Dialogue.” Fatima Al-Katari, GPC

”I come from a background where most victims of violence are women and children. I wanted to be part of the Women’s Forum for Dialogue so that I could have a role in planting the seeds of language for dialogue and peace.” Nawal Al-Aqili, Tihama Movement

The event was widely covered by the Yemeni media. To read more about the launch in Arabic, see the list of links.