The Finnish women peace mediators network aims to boost its work for sustainable peace promotion. “I hope that now international organisations will recognise how much expertise there is in this network so that it can be put to use”, says Astrid Thors, chair of Nordic Women Mediators Finland.

Members of Nordic Women Mediators Finland network, which was enlarged last year, represent cutting edge expertise in diplomacy, civilian crisis management, peace processes, and negotiating skills. CMI is the network’s operational partner. There’s much scope for the network, because despite positive trends, the role of women in the majority of peace processes and agreements is still weak. Nevertheless, the Finnish network has a good starting point for its activities.

“The network brings added value with its range of experience. We’ve many representatives with extensive experience of fragile states and conciliation and mediation processes”, explains the newly appointed chair of NWM Finland, Astrid Thors. “I hope that now international organisations, and our own Foreign Ministry, will recognise how much expertise there is in this network so that it can be put to use.” 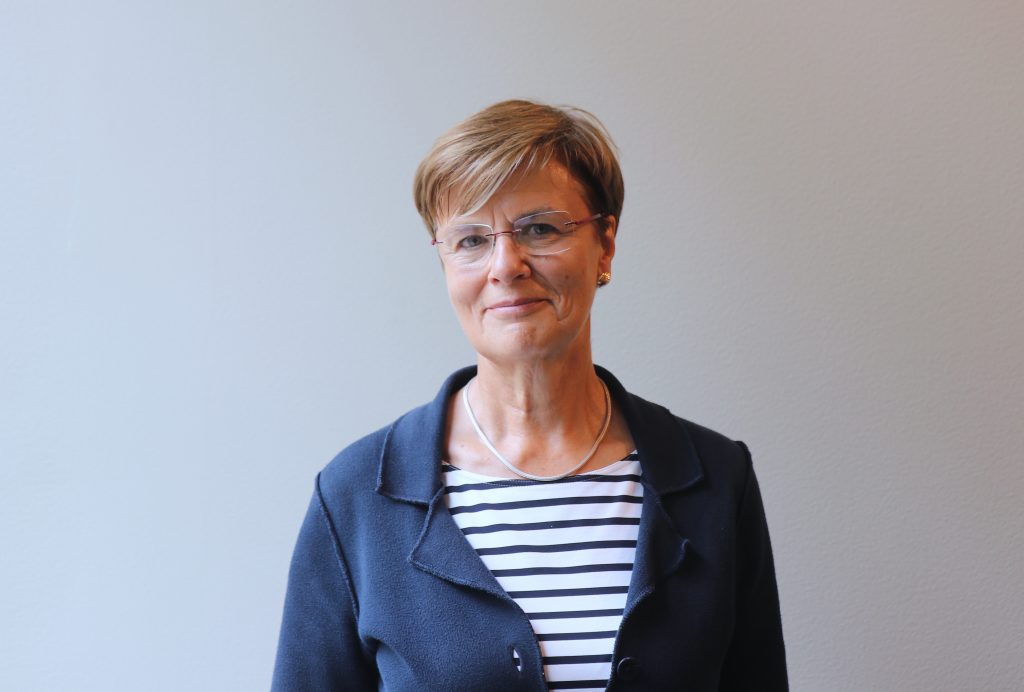 As part of their recent retreat, the members of NWM Finland met with Foreign Minister Pekka Haavisto and his State Secretary Johanna Sumuvuori to discuss future cooperation. The network contributes to promoting peace mediation as a priority of Finland’s foreign policy.

“Our network can be a good instrument  for the Foreign Ministry. The network’s members can be involved as contributors very concretely.”

Thors points out that when Finland invests in peace mediation, it’s important to bear in mind the very difficult nature of peace processes. There are no quick and easy solutions.

“You have to be humble. If you try to resolve five cases, maybe two of them work out. With peace processes effectiveness and success cannot be measured in the same way as with other actions. And peace mediation doesn’t run in line with to a budgeting timetable.”

The Finnish network is part of the broader Nordic Women Mediators network, which brings together women who are experienced in conflict resolution, peace building, and negotiations. The purpose of the Nordic network is to promote the role of women in all stages of peace processes and to provide professional support for women within different peace processes.

“Our goal is that already after a few years, if there’s a need somewhere in the world for mediation and conciliation expertise, it would be known that such expertise and reliable mediation could be found in Finland. Another goal of course is to really further equality and the status of women in peace processes and agreements”, says Thors.

Taking account of and involving all groups in society is crucial to bringing about sustainable peace. Shutting women out of a process ignores a vast array of perspectives and expertise. 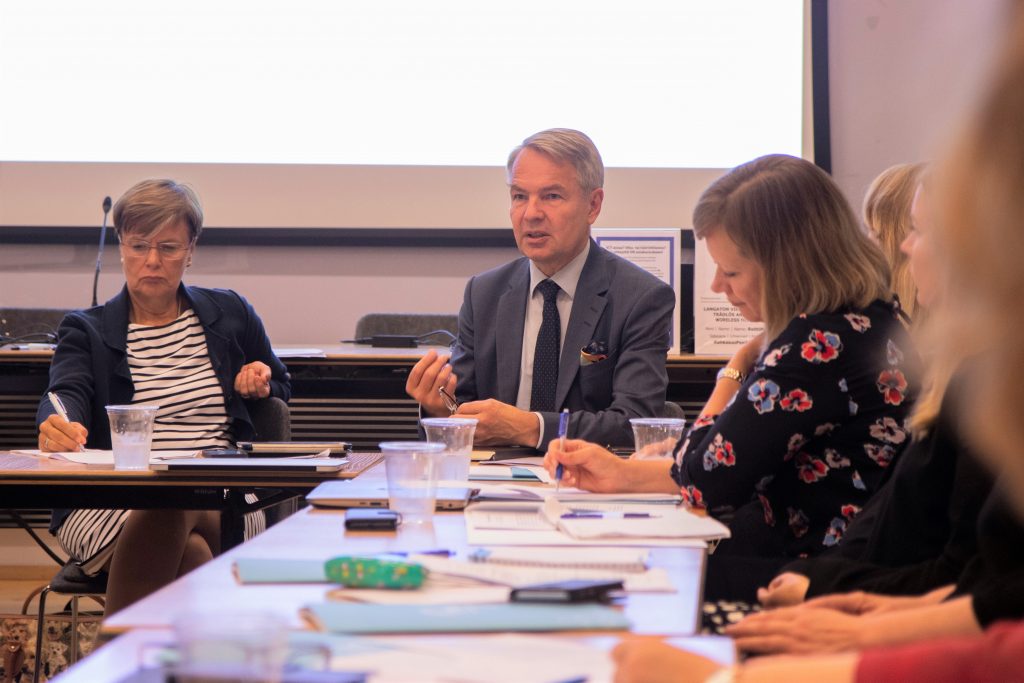 During the retreat the members of NWM Finland met with Foreign Minister Pekka Haavisto.

“Women are often overlooked because they have not carried arms. On the other hand, one of the most difficult issues in the conciliation process is how to take into account the sexual violence that women experience during a crisis. An incomplete or poor peace agreement, on the other hand, can easily lead to further conflict.”

Via its Nordic network, NWM Finland are involved in global cooperation among peace mediation networks. The representatives of the Nordic governments agreed to establish the NWM at the the Nordic African Foreign Ministers’ meeting in April 2015. The move was inspired by a similar initiative in southern Africa.

“Our members have been asked by a lot of other networks to talk about our work, the role of women and mediation tactics. The sparring we’ve done has been very important. The Nordic network has also inspired other networks.”

Local ownership is key to achieving sustainable peace. Different regions have their own mechanisms for conflict prevention and resolution. In Africa, for example, peace mediators are mainly past or present leaders of neighbouring countries.

Thors dismisses any illusions that a member of the network could simply march in and resolve a conflict situation. “The long-term goal is to strengthen other women’s networks,” she stresses.