Strengthening a sense of unity among Iraqis

This year CMI has helped strengthen a sense of unity among Iraqis by organizing a series of events in cities symbolic of the past conflict: Ramadi, Mosul and Najaf. The main goal is to replace divisive negative narratives with new narratives of unity.

In May, Sunnis, Christians and Yazidis from Mosul and Ramadi visited the holy Shia Muslim city of Najaf. Religious leaders, scholars and civil society activists emphasized that there is no fundamental disagreement between societal groups but the years of conflict and division have made people forget that.

“One of the most important problems facing the Iraqi society is extremism in political and religious discourse. We hope that this activity will contribute to supporting moderation in political and religious discourse, thus contributing to building peace at the level of Sunni and Shiite communities”, said Mohammed Odeh, a civil society activist from Ramadi.

The participants called for politicians to guarantee equality between different groups. This message was particularly powerful when it came from the Yazidis who suffered greatly at the hands of ISIS and who have long been persecuted.

“The absence of law in any country will not enable people to live together. There must be laws, duties and rights. Thus, a person lives in equality and brotherhood and doesn’t need anything else”, said Hadi Baba Sheikh, the representative of the chief Yazidi religious leader. 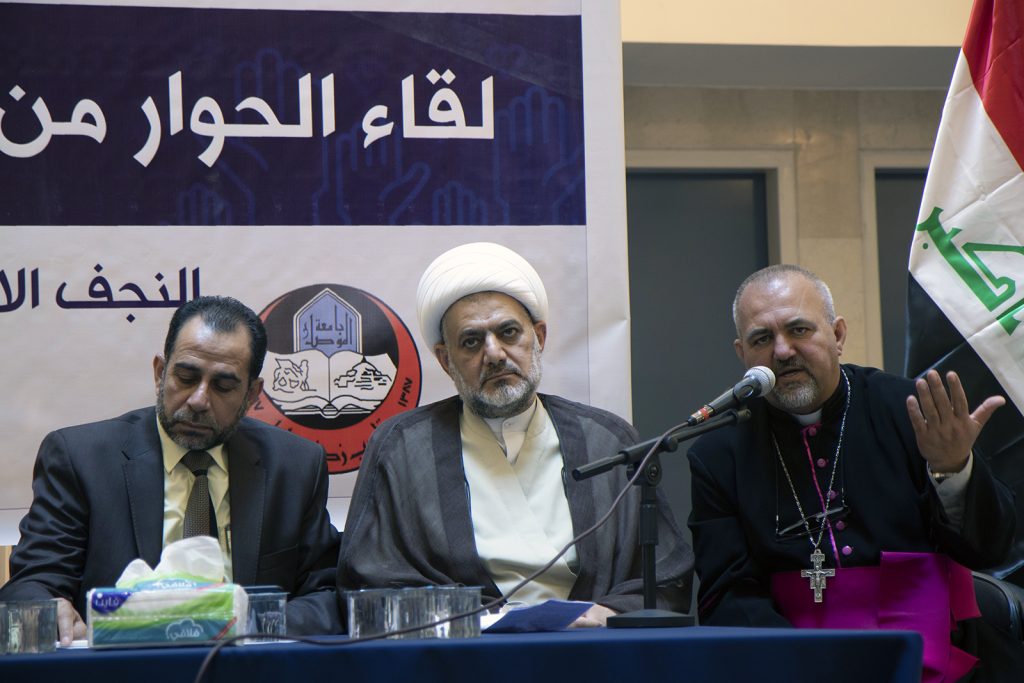 “We have to continue our efforts to affect a whole generation”

This year CMI has helped strengthen a sense of unity among Iraqis by organizing a series of events in three symbolic cities: Ramadi, Mosul and Najaf. These encounters have increased mutual understanding and respect as many of the participants stated that they had until recently considered each other’s cities as dangerous.

“I expect that these three visits will be the beginning of other programs. We have to continue our efforts to affect a whole generation. The more we work in this direction, the more we can change the ideas of young people towards positive”, said Sayyad Zaid Bahr Al-Aloom, the director of the Al-Balaghi Academy that was one of the organisers of the event in Najaf.

You can watch the video on the event in Mosul here and read the reportage here.