Ten years of cooperation with the African Union

The African Union (AU) has a key role in consolidating peace and security on the African continent. This year marks the 10th anniversary of a strong CMI – AU partnership in which CMI provides continuous tailored, flexible and demands-based support to the continental organization. 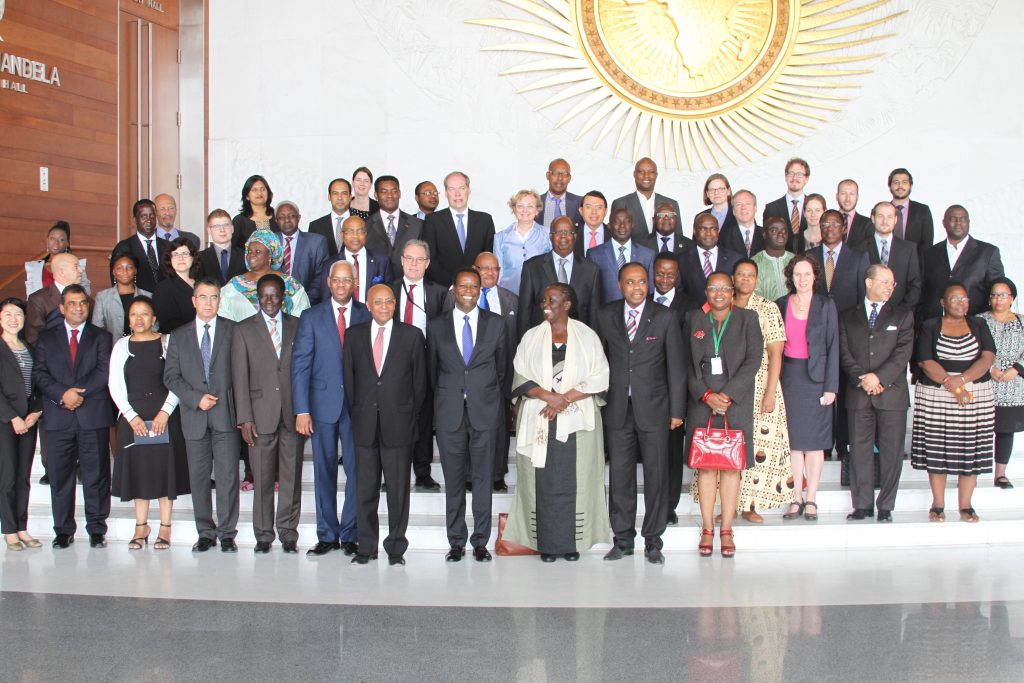 Leaders and strategic partners of the AU gathered for a seminar on strengthening mediation in Africa held at the AU Headquarters in May 2015.

“In order to address the challenges that impede sustainable development, continued collaboration and consultative decision-making between the African Union and all its partners is critical: Finland and CMI remain steadfast friends and partners to the AU,” says Ambassador Frederic Gateretse-Ngoga.

We strongly believe that conflicts, fragility, and violent disputes in Africa require solutions and responses by African actors. Therefore, as the African Union has taken the primary responsibility to enhance peace, security and stability on the continent, we at CMI have aimed at supporting the AU in resolving and preventing violent conflict. Through the AU Mediation Support Capacities project we have partnered with the AU in mediating between conflict parties, provided advice for peace processes, and joined operational planning at different levels. Funded by the Finnish MFA since 2009, the project brought together the AU, CMI and the African Centre for the Constructive Resolution of Disputes (ACCORD) as partners, with the AU Peace and Security Council as main beneficiary.

According to Ambassador Martti Eirola, Senior Adviser for the Finnish MFA on Africa policy, “The Ministry for Foreign Affairs has had a privilege to use CMI’s expertize for supporting African Union’s capacity building in conflict prevention and mediation that are so crucial for peace and stability in Africa.”

Concretely, during the past 10 years CMI has engaged national, regional and international key stakeholders in the analysis of conflicts and peace capacities on the continent. We have organized discussion rounds, seminars and retreats with AU representatives to discuss conflict dynamics and measures to address them. We have provided technical and thematic advice on specific issues such as preventing pre-electoral violence or how to organize local consultations or national dialogues.

Increasing the meaningful participation of women in peacemaking is one of AU global goals and one of the priorities within CMI. Through the office of the AU Special Envoy on Women Peace and Security and with the Gender Units of the Regional Economic Communities (REC’s) we have worked on policy, trainings, and solidarity missions in conflict affected countries among other things. We supported the creation and work of the Network of African Women in Conflict Prevention and Mediation, FemWise-Africa.

We look forward to deepening our partnerships with the Finnish MFA in support of the AU’s peace and mediation efforts.