Ex-Presidents Ahtisaari and Clinton had a friendly talk 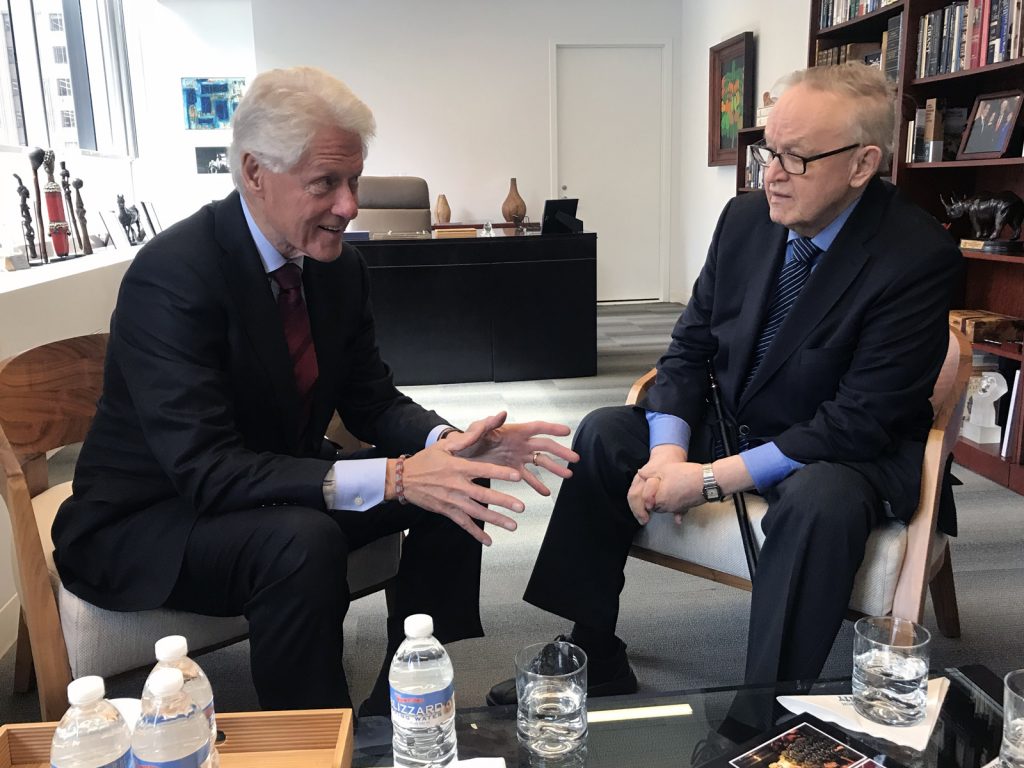 CMI’s founder, President Martti Ahtisaari met with former US President Bill Clinton and visited the Clinton Foundation during his recent trip to New York. The Presidents had a good-spirited meeting in which they discussed current global affairs. They also reminisced about the importance of Helsinki Summit in 1997, hosted by President Ahtisaari, where Presidents Boris Yeltsin and Bill Clinton talked about NATO enlargement and disarmament issues. Clinton and Ahtisaari have maintained their relationship ever since.