The legacy of equality and pragmatism has enabled Finland to nurture deep relations on the African continent as an honest broker. 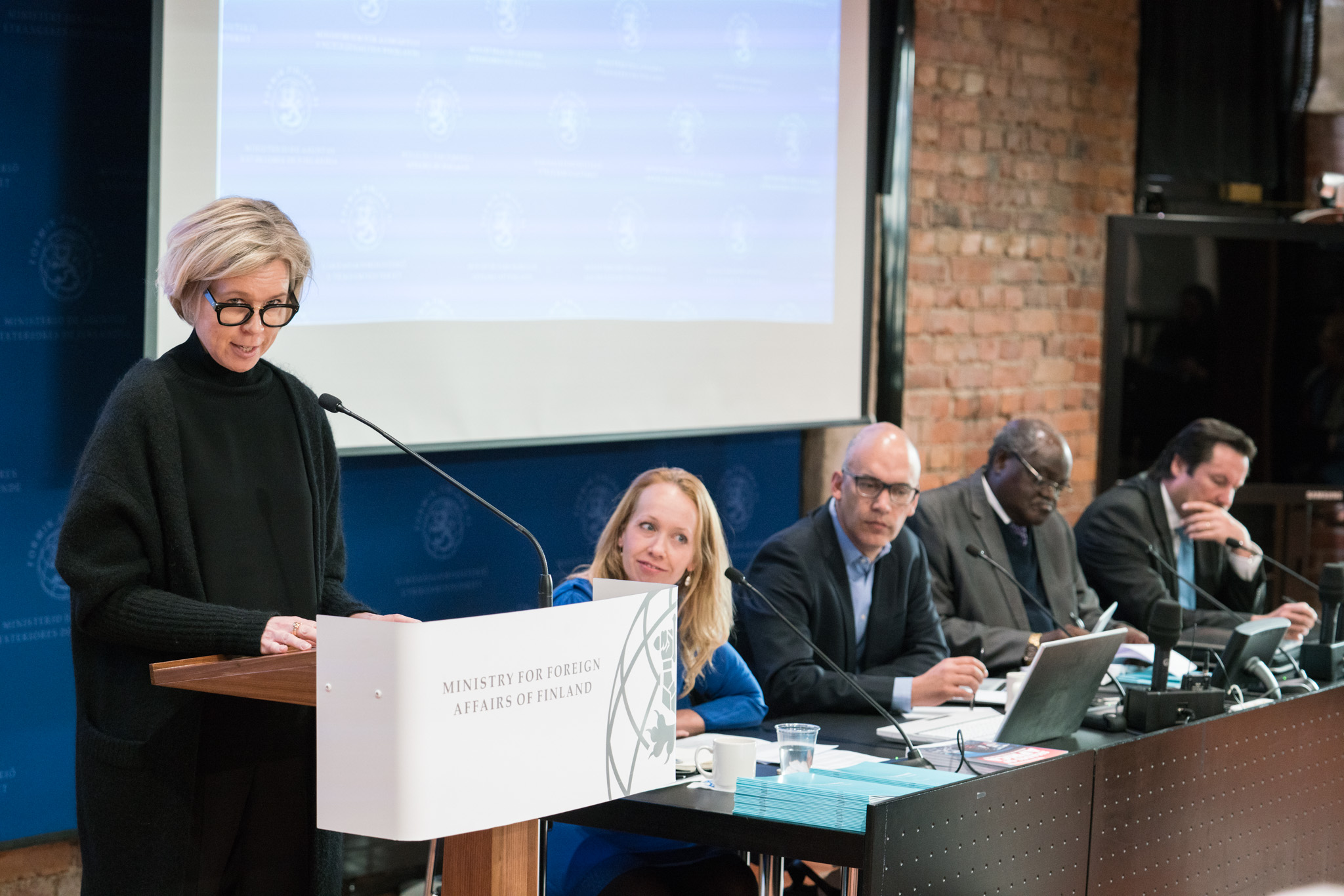 As Finland marks its centenary year, numerous lessons can be shared on the importance of fairness, equality, and pragmatism as foundational to emerging from long periods of social upheaval and transition. This legacy has enabled Finland to nurture deep relations on the African continent as an honest broker.

So too Africa’s own capacity to foster peace is strengthening. This creates new possibilities for trusted partners to continue to accompany and support the peacemaking efforts of the African Union and the Regional Economic Communities.

These were the key points at a panel discussion that CMI co-convened with the Department for Africa and the Middle East at the Ministry for Foreign Affairs of Finland. The panel, under the title “Regional Trends in Peacemaking in Africa”, was opened by Deputy Director General Kristiina Kuvaja-Xanthopoulos. It consisted of CMI’s Senior Advisers Georg Charpentier, João Gomes Porto and David Kapya; and was moderated By Johanna Poutanen, Manager for CMI’s Women in Peacemaking team. The panel discussion was a follow-up to the seminar that explored regional trends in peacemaking in 2014.

The African Peace and Security Architecture (APSA) was established in 2002 by the African Union (AU) in collaboration Africa’s Regional Economic Communities (RECs). The APSA’s purpose is to prevent, manage and resolve conflicts.

CMI has worked in collaboration with the African Union since 2009 to build the AU’s priorities and efforts to respond to conflicts through preventive diplomacy and peace mediation. Recently, more emphasis has been put on how the role of Regional Economic Communities (RECs) could be supported.

At the panel discussion, Sirpa Mäenpää, Finland’s Ambassador for Peace Mediation, regarded the principle of subsidiarity as a key approach for building peace in Africa (For more information on this topic, please see a CMI-ECCAS study).

The engagement of RECs is founded the principle of subsidiarity. At the core of this principle is the idea that “sustainable peace is more likely to be achieved if conflict resolution efforts are led by actors who are culturally, geopolitically, and/or strategically close to the crisis in question”.

According to CMI Senior Adviser João Gomes Porto, there are still important gaps in actualizing the APSA, particularly in relation to the RECs effectively being pillars of the architecture. Filling these gaps is essential when, for example, more attention is given to conflict prevention and mediation as cost-effective ways of dealing with tensions before they escalate into open conflict.

“There’s a critical need for effective support to conflict prevention and mediation across both the AU and the RECs”, Gomes Porto said. 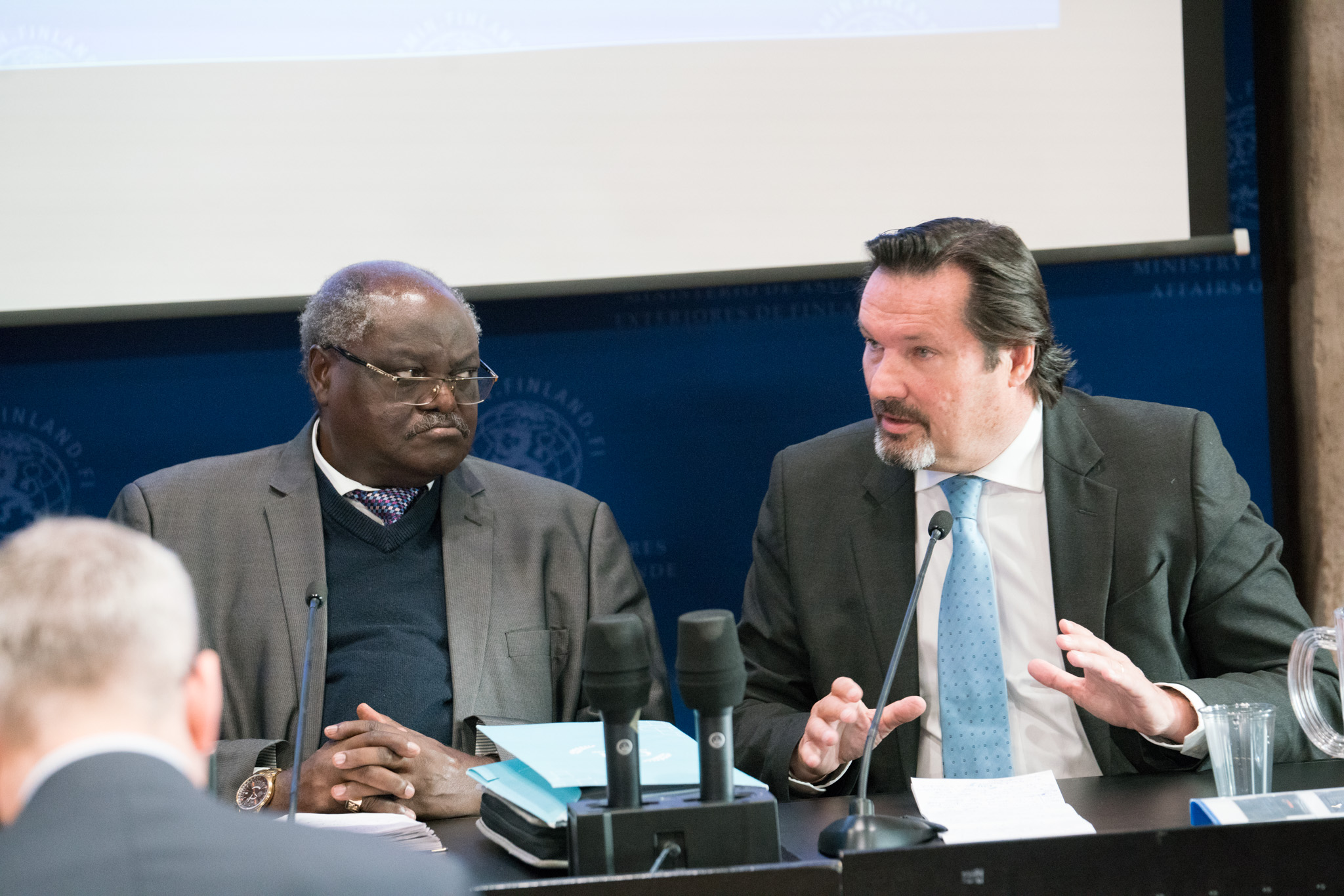 Independent peace mediation organisations can build relationships in situations where formal actors are prevented from doing so. This was highlighted by CMI’s Senior Advisers David Kapya and Georg Charpentier.

Cooperation is central to peacemaking

The resurgence of state sovereignty and the competition between centers of power are creating unconventional challenges requiring creative, adaptive approaches to peacemaking.

These developments have opened up space to reimagine the collective advantages of governmental and non-governmental peace mediation actors. The strong cooperation between the Finnish Ministry for Foreign Affairs and CMI in supporting the AU’s Peace and Security Department is exemplary in this respect.

Independent peace mediation organisations can build relationships in situations where formal actors are prevented from doing so. The effectiveness of this approach depends upon trust, professionalism, and complementarity. As Senior Adviser Georg Charpentier indicated, in order to resolve conflicts “we need to talk to all parties”. This can only be achieved in strong partnership.