The members of CMI’s Dialogue Group from Chisinau and Tiraspol travelled to Finland, including a visit to Mariehamn, Åland Islands. The visit was part of CMI’s ongoing support to the high-level expert dialogue group in maintaining channels of communication with all international stakeholders influencing the Transdniestrian conflict settlement process. 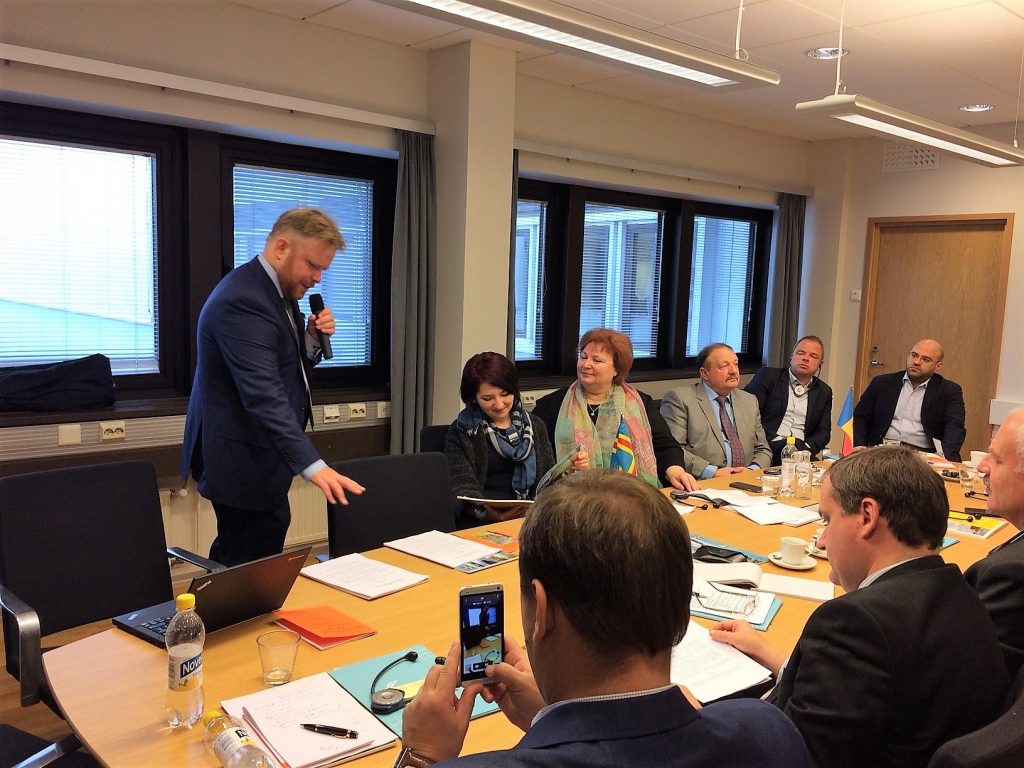 From the 9th to the 13th of October 2016, the members of CMI’s High Level Expert Dialogue Group from Chisinau and Tiraspol visited Helsinki and Mariehamn, the capital city of the Åland Islands in Finland. During the visit, the Group held meetings with various institutions and experts in Helsinki and Mariehamn.

In Helsinki, the Group visited CMI’s office where the Executive Director, Ms. Tuija Talvitie greeted the experts and thanked them for their long-standing cooperation with CMI. Ms. Talvitie emphasized the importance of having different viewpoints as a way to seeing things differently and finding creative solutions.

The experts had also an opportunity to discuss current challenges in the Transdniestrian context during a meeting with President Martti Ahtisaari, the founder of CMI. The Group also received an overview of the establishment and development of the Åland Islands’ autonomy and met with representatives of the authorities there, learning about general principles of autonomy arrangements.

While in Mariehamn, the group was hosted by the Government and the Parliament of Åland and met with several representatives of the executive and legislative branches of the authorities. The group also participated in a discussion with experts hosted by the Åland Islands Peace Institute. 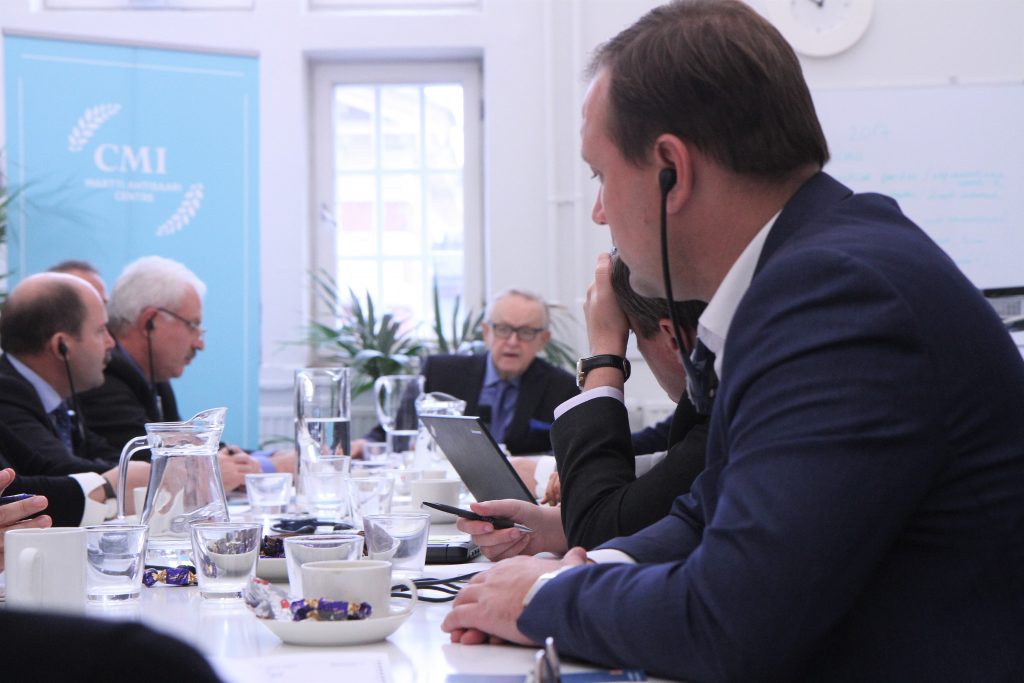 The experts discussed the current challenges in the Transdniestrian context during a meeting with President Martti Ahtisaari.

This event was organised in continuation of CMI’s ongoing support to the high-level expert dialogue group operating under its aegis in maintaining channels of communication with all international stakeholders influencing the Transdniestrian settlement process. The Dialogue Group was established in 2011 and engages in regular discussion across conflict divides and jointly provides recommendations on key political, security, economic and social trends with a potential to impact the conflict settlement process. No officials from Chisinau or Tiraspol participated in the visit.

Since the war in 1992, the Republic of Moldova and Transdniestria have been engaged on and off in negotiations towards a political solution for the inhabitants on both sides of the River Dniestr / Nistru. The tensions have had a serious impact on the population of both sides and have hampered the whole region’s socio-economic development. Despite years of international mediation efforts, the conflict remains unresolved. 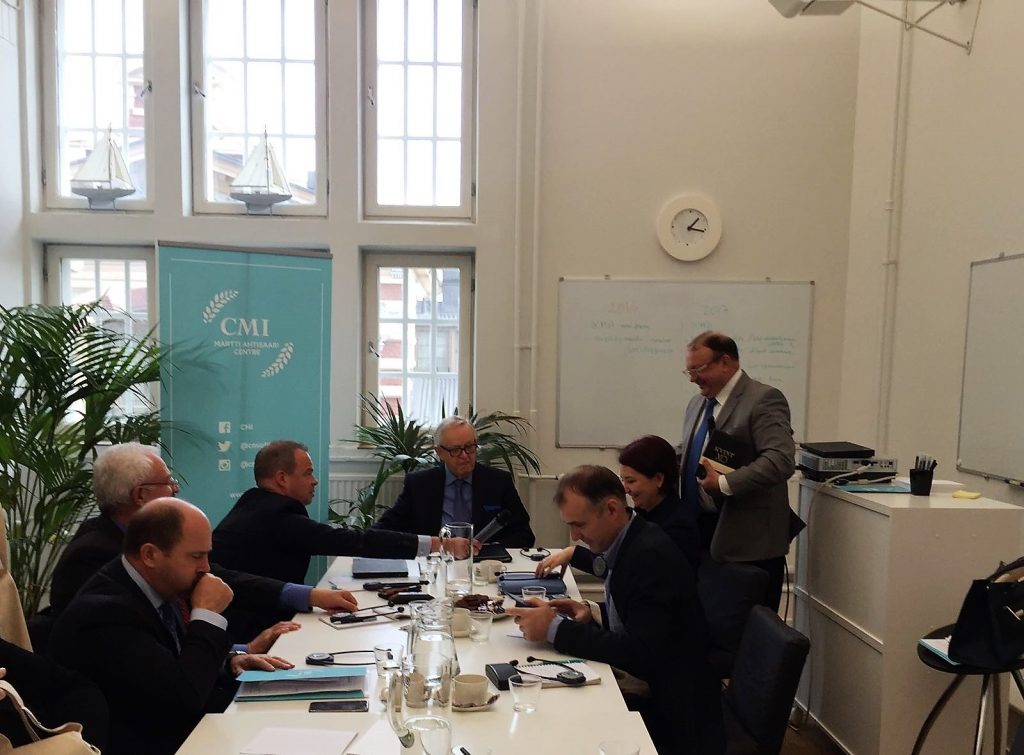 President Martti Ahtisaari and his Senior Adviser Sami Lahdensuo (on the left) exchanged views on the Transnistrian settlement process with the expert group.