CMI’s workshop brought together Georgian government officials to learn about the Northern Ireland peace process, the political negotiations around the status of Scotland and the current status of negotiations in Cyprus.

CMI in collaboration with Tbilisi-based International Center for Geopolitical Studies (ICGS) organised a workshop for governmental officials of Georgia that focused on analysing peace processes in Northern Ireland, Scotland and Cyprus cases. The workshop was held on October 30-November 2, 2015 in Kachreti, Georgia and brought together 16 participants from the various Georgian institutions. 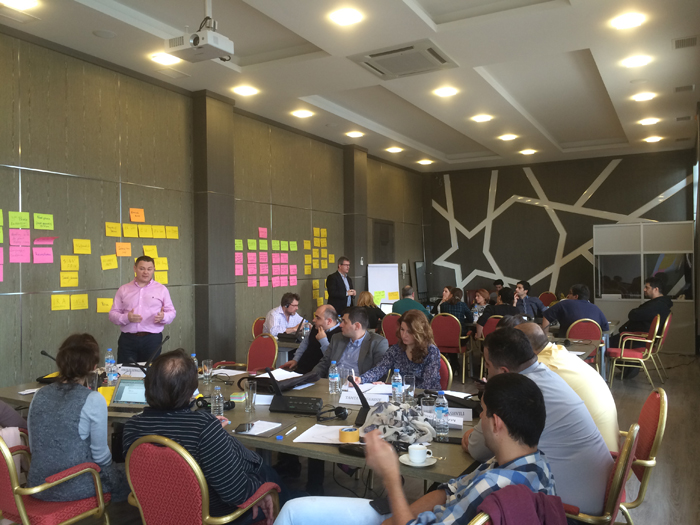 Opportunity in the Complexity of a Peace Process

The methodology of the workshop proposed by CMI team combined peer-support from international expertise as well as applied skills practice on conflict analysis and negotiation tools. After a brief overview of the different concepts in mediation and negotiation processes, participants had the opportunity to look into concrete cases of the Northern Ireland peace process, the political negotiations around the status of Scotland and the current status of negotiations in Cyprus.

On the Northern Ireland experience, Rt. Hon. Jeffrey Donaldson highlighted that peace processes always requires creativity, comprehensiveness, compromise. By constantly focusing on these three elements, even the most entrenched conflicts can be resolved as this was the case in Northern Ireland.

“In Northern Ireland, conflict had been going on for thirty years and people got adjusted to the conflict as they thought it was the way it was going to be”, highlighted Rt.Hon. Donaldson.

While each case is unique and cannot be presented as a model, the participants identified key elements of the peace processes and engaged in analysis and reflection on the complexity of their design and implementation. Lessons were drawn on what strategies and approaches have efficiently contributed to negotiated solutions and sustainable peace in international cases. One of the key lessons of the workshop being that while peace processes have multiple layers of actors, issues, relationships and mechanisms – its inherent complexity can indeed provide opportunity for action and room for manoeuvre towards an agreement. 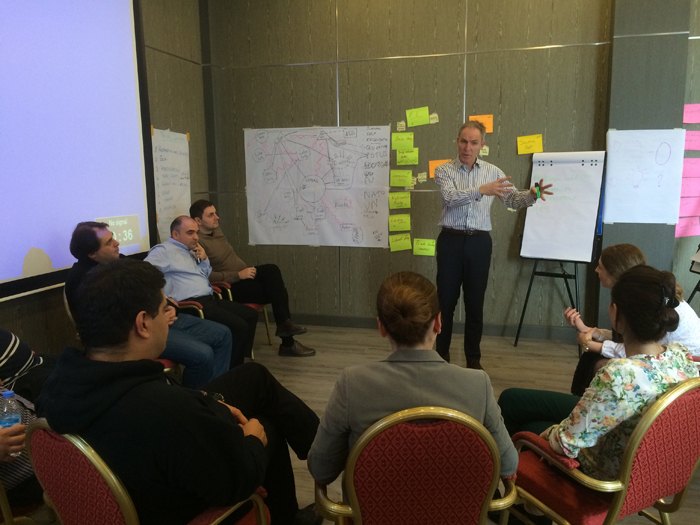 Participants underlined the effectiveness of the methodology used during the 4-day workshop, emphasising the necessity to visualise peace process elements to better understand them.

“The methodology allowed me to understand that sometimes you are striving for something that seems far away, while in reality it may not be that far”, one of the participants noted at the end of the workshop.

The series of workshops will be continued throughout 2016, looking into different cases and deepening participants’ skills in process analysis, design and negotiation.