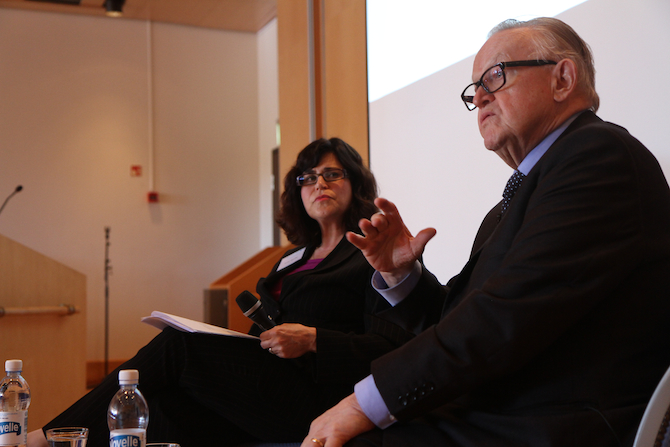 CMI’s executive director interviewed President Ahtisaari to open the seminar. He highlighted that in Kosovo he always made sure to consult a variety of women’s groups. (Photo: Niko Vartiainen)

“The fact is that including women makes the group smarter. Smarter groups make smarter decisions, which pave way for better peace processes.”

CMI’s executive director Tuija Talvitie summarized well the key rationale behind the sixth “High-level Seminar on Gender and Inclusion”, which has to date reached over 165 mediators.

In a relaxed Chatham House rules atmosphere a group of seasoned mediators shared their own successes and failures and heard about the latest research and analysis on inclusive mediation processes.

Inclusion of women is often times not an easy task for the mediator. As one of the participants aptly put it: “Mediator, if you want simplicity, get another job!”

“When you run a negotiation process, you find yourself often annoyed that the delegations around the table are all-male. As a mediator, I cannot force parties to include women.”

“Mediator, if you want simplicity, get another job!”

One of the presenters, Dr. Thania Paffenholz, confirmed that one of the key myths of inclusion for the conflict parties is very clear: the bad boys need to be included to make the deal, the good girls are not needed.

In reality, this is certainly not the case. 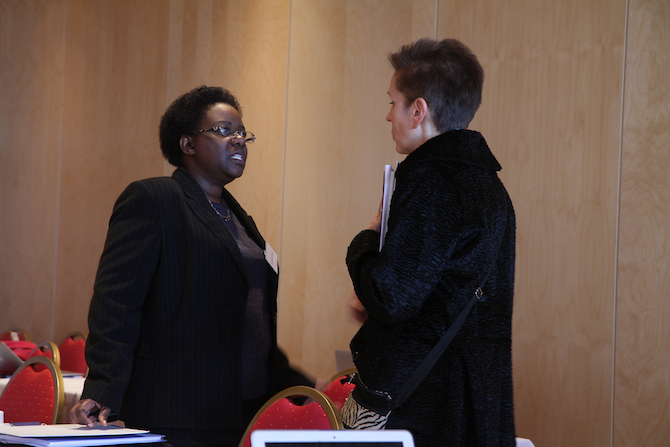 Christine Musisi from UN Women was delighted about the recent data provided on the impact of women’s participation. (Photo: Niko Vartiainen)

The seminar presented a variety of different options on how the mediator should break these myths and overcome various dilemmas. Throughout the seminar, the mediators were encouraged to use their creativity to engage with women and other groups, such as minorities.

Ahtisaari highlighted that in Kosovo he always made sure to meet with women’s groups outside the official negotiation table to get their inputs.

Even the most seasoned gender experts found the seminar to be extremely useful due to the practical tips and timely research data. As Christine Musisi, director for the Eastern and Central Africa of the UN Women puts it:

“For me, the key takeaway from this seminar was the recognition that there are also options to engage with women outside the official negotiation table, for example through parallel women’s forums. In these cases we can channel the information from the table to the women and vice versa.” 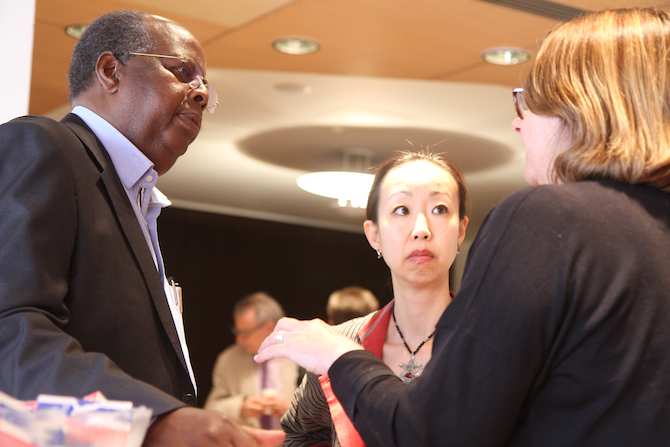 Evidence on the added value of inclusion

Dr. Paffenholz’ recent study drawing from concrete evidence from over 40 conflict cases proves that when women’s groups are actively involved, the likelihood of a peace agreement being reached is significantly higher.

Musisi was very impressed by this data.

“It is not only [the women’s] right to be included but it has real added value and will bring positive outcomes to the process. This is a message we need to use widely!”

The seminars are run in partnership between CMI, the United Nations Department of Political Affairs and PRIO and are funded by the Foreign Affairs Ministries of Finland and Norway. 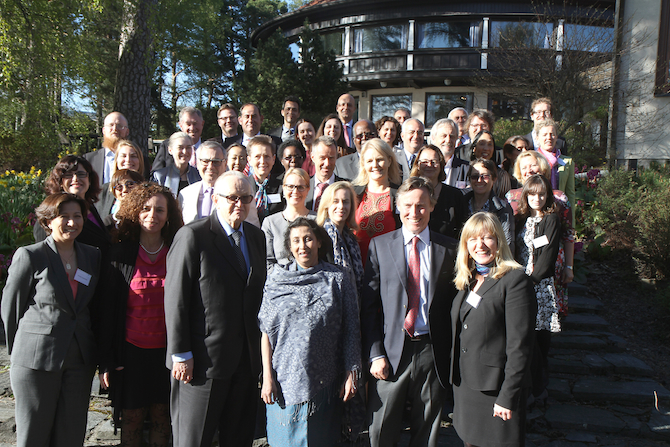 The participants of the seminar were experienced mediators. (Photo: Niko Vartiainen)