CMI has been supporting the work of authorities in Central African Republic to with the country’s national dialogue process. We have consulted with key women groups to ensure that women’s voices are heard. 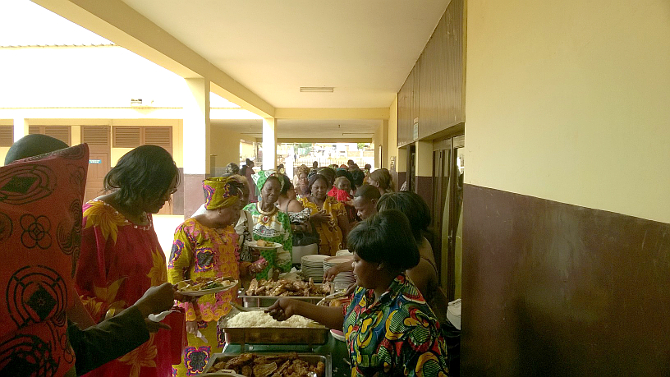 Fifteen years after its launch, the landmark UN resolution 1325 has become part of the official agenda of the international community and many states around the world. The resolution concerns women, peace and security and recommends action, advocacy and protection concerning women as victims and actors in conflicts.

Unfortunately, fewer advances have been made in involving high-level women to political negotiations. Equally little attention has been devoted to mediation of conflicts, where actors at different levels should be involved in setting agendas and deciding about substantive issues.

CMI is supporting the work of national authorities and Central African Republic’s civil society on the ground through the office of Economic Community of Central African States (ECCAS). The work has focused in the preparations of a national dialogue forum involving popular consultations.

Throughout 2014 CMI has consulted with key women and women’s organizations to best ensure that women’s voices will be heard in this national dialogue process.

Among the main issues brought up by the women groups during the consultations in early 2015 were community level security and the restructuration of armed forces. According to Madame Cecile Gueré, vice president of the women’s network OFCA (Organization de femmes de Centre Afrique), the current process is unprecedented.

“This is the first time in Central Africa that women were listened in the provinces of the country”, says Mme Gueré. Representatives from Mme Guerés network OFCA took part in the delegations that travelled to interview the communities touched by the conflict.

CMI has consulted with key women and women’s organizations to best ensure that women’s voices are heard in the national dialogue process.

The conflict in Central African Republic

Over the past two decades, the Central African Republic (CAR) has been the centre of recurring military and political crises that have brought the country into a geographical and social disintegration. The current conflict has taken a death toll of thousands since it started in late 2012. Since March 2013 with the seizure of power by the coalition Séleka, and the subsequent transition, the country is experiencing an unprecedented political, security and humanitarian crisis.

More than 20% of the population in the CAR is currently displaced as refugees or IDPs, (According to UNHCR the number is 500,000 as of January 2015); many women have become victims of violence including sexual violence; state security is inexistent in several areas of the country; and the school and health infrastructures have been destroyed. Maternal mortality rates are third highest in the world, and have not decreased at the same rate as in other countries. 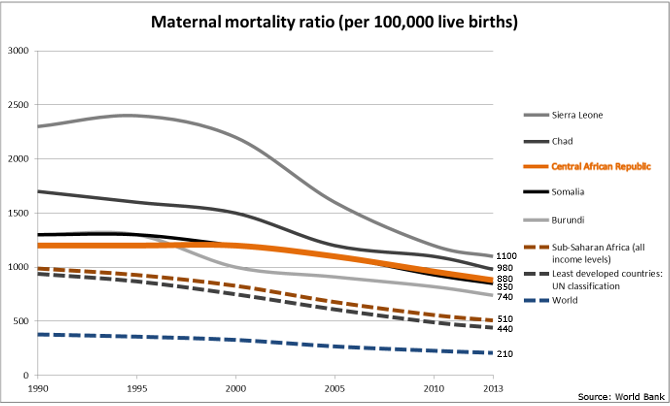 The latest attempt to resolve the situation is the Cessation of Hostilities Agreement signed in Brazzaville in July 2014, which mandated the installation of a national dialogue forum in the capital, Bangui, in order to start a process of reconciliation and secure a peaceful transition.

While the number of political agreements and cessation of hostilities to end conflict in the CAR during the past decade is impressive, people affected by the conflict have seldom been heard before these pacts. In the popular consultations that took place in all the regions of the country during early 2015, women spoke about bringing in concrete issues to the national dialogue.

Women spoke about bringing in concrete issues to the national dialogue.

It is important to note that the current emergency in Central African Republic has been accompanied by a significant weakening of state structures that were already fragile. This is why health, security and education are not only issues to be advanced in development programmes, but issues that should be part of the wide political agenda when a country is transiting from conflict to peace. They should be discussed in a national dialogue and taken seriously throughout the peace process.

In the case of CAR this could help overcoming the exclusion that the Muslim population is experiencing. The peace process should increase security by giving hope to the young that education could give a future instead of armed groups. It should respect women’s lives by installing adequate health services in all the regions of the country.

“Central African Republic’s future depends on the women of the country as well. We expect them to speak up”, says Mme Gueré.

She urges the national and international actors to listen to women. In CMI we believe that the international mediation community should not spare efforts in supporting this process.

Today, 8 March, is International Women’s Day. Read more about our work on gender and inclusion here.