CMI’s objectives during the week were three-fold. First, to attend official high-level events, including on the humanitarian crisis in South Sudan and the deteriorating political and security situation in Libya. Second, to participate in side events focused on countries and regions where CMI is actively engaged, such as an address at the Columbia University by the OSCE Secretary-General Lamberto Zannier, “Ukraine: Between East and West.” And third, to broaden CMI’s network and partnerships with the United Nations, member states, and like-minded organisations such as the US-based Alliance for Peacebuilding. CMI staff also took the opportunity to brief the UN Department of Political Affairs about our work in Ukraine and the Central African Republic, as we regularly do.

“This week was a critical opportunity to deepen CMI’s connections with the global policy community and to build awareness of the unique role that private diplomacy organisations can play in addressing the numerous challenges to international peace and security unfolding around the world,” said Ms Talvitie.

CMI’s participation in the General Assembly is part of a sustained effort to cultivate new relationships in New York and Washington, led by Mr. Knopf, and to influence policy discussions on conflict and mediation. 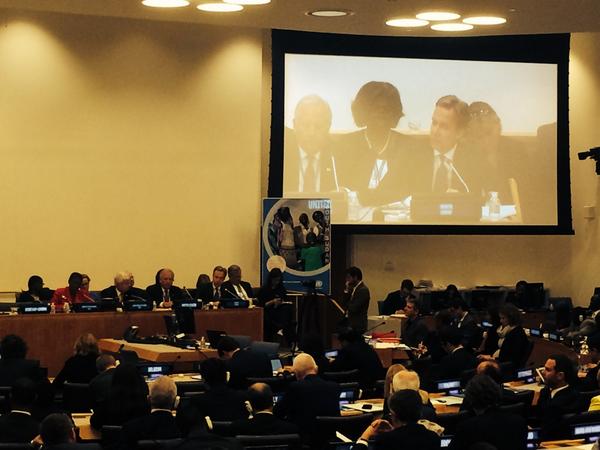