South Sudan youth leaders: Dialogue and unity needed in the face of the current crisis

“There are no winners in wars”, youth leaders from across South Sudan agree. “As youth, we need to find our strength in unity. We want to show an example of truly inclusive efforts by working together, across all communal and ideological differences. That is the only route to sustainable peace in our beloved nation”.

Concerned youth leaders from all states in South Sudan gathered to discuss how young people could play a constructive role for peace and reconciliation during the current crisis. During their discussions in Juba on 21-23 February, they jointly agreed on a concrete roadmap for how youth could actively contribute to resolving the situation.

The strategising meeting brought together 40 youth delegates, with a fair representation from all ten states; different ethnic groups and regions; and including both rural and urban areas. The meeting was organised and facilitated by CMI, together with its local partner, the Organisation for Non-Violence and Development (ONAD), and held under the umbrella of the National Youth Dialogue Forum that has been active since 2011.

Active role for youth in resolving the crisis 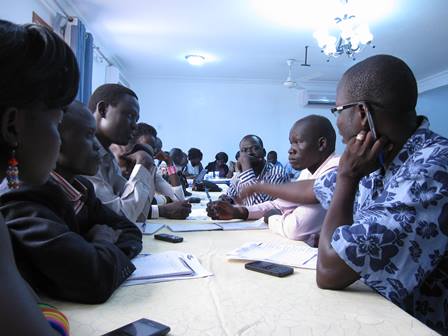 The discussions during the three days focused on the ways by which youth could take an active role in the resolution of the crisis, and how to advance concerted efforts for this end. As a result, the youth leaders outlined a concrete roadmap for action. The plan builds on three priorities:

The aim is to form a national secretariat to coordinate these activities.

Youth can show the way to true reconciliation

The meeting also provided an opportunity for key national reconciliation actors to open a dialogue with the youth on the causes of the crisis and the way forward.

Speaking at the event, Archbishop Daniel Deng Bul from the National Reconciliation Committee noted how South Sudan does not have a culture of talking and listening to one another when things go bad, and appealed to the youth to act differently to bring about true reconciliation. “Apology is a powerful and disarming act”, he reminded them.

Attending the opening ceremony, both the Archbishop and the Chairperson of the Peace & Reconciliation Commission, Hon. Chuol Rambang Luoth affirmed their genuine commitment to develop wide-ranging partnerships for the shared goals of peace and reconciliation. 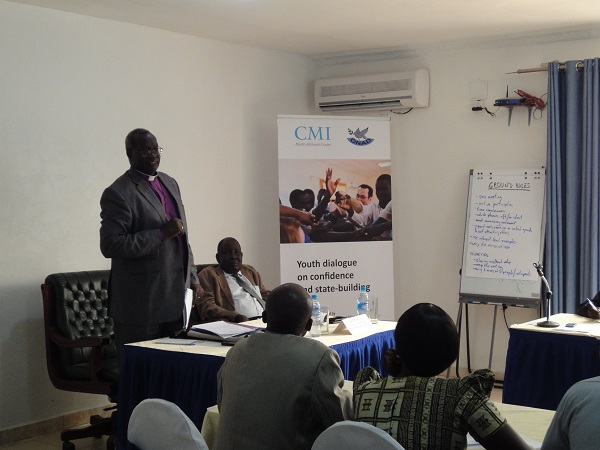 The youth work was also commended by the Hon. Suba Samuel, Minister for Information of Central Equatoria state, and Hon. Peter Baptist, Under-Secretary of the National Ministry of Culture, Youth & Sports, who attended the closing ceremony on Sunday.

“The only solution to the current crisis is dialogue”, the Under Secretary stated, “for which this Platform can play an essential role”.

Since 2011, ONAD and CMI have worked together in the organisation of a youth dialogue, which aims at offering a long-term dialogue platform for youth to discuss the conflicts and challenges faced by the new republic. The platform has recently expanded its composition to include additional youth forums and organisations, as its work is now more needed and timely than ever.