South Sudanese MP Mary Ayen Majok: “All of us must work together to bring about peace”

Since 2013, the young country of South Sudan has been torn by civil war. Every effort is needed to bring peace to the country, urges State National Legislative Assembly Member Mary Ayen Majok. 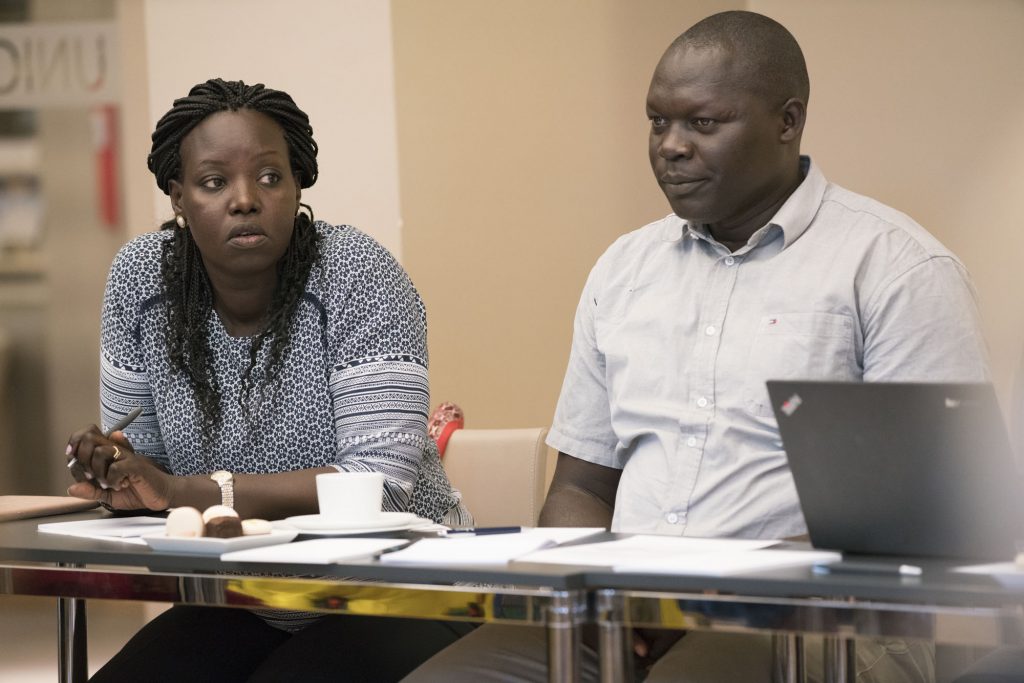 Member of Parliament Mary Ayen Majok (on the left).

“I’m not doing this work because of my position, but feel it is more my responsibility.”

Over the years, South Sudanese MP Mary Ayen Majok has had to bear witness to many painful stories in her country of South Sudan, which has been embroiled in civil war since 2013. They have however, provided Majok with the fortitude to continue with her work.

Majok also chairs the national assembly’s committee on Gender, Peace and Reconciliation. “It’s often thought that these matters concern only women.”  She considers it important that people understand that gender equality is in everyone’s interest. In her position as chair Majok has also recruited men to the committee. “Together we have highlighted the importance of women’s involvement in peace processes”, she says.

Conflicts impact on women differently than on men

CMI has been operating in South Sudan since the country’s independence in 2011, and among other things has supported the work of the network of South Sudanese women parliamentarians. Majok explains that with CMI’s assistance she and other parliamentarians were able to reach women in remote areas caught up in the violent conflict.

“These women told us their stories openly. We shared stories and feelings, we wept together, and we felt a real sense of togetherness. As politicians, we were able to bring their concerns and opinions to the attention of higher-level decision-makers. This was a unique experience for me and an achievement of which I am proud.”

Majok has met many women in her work who have lost their whole families in the war but who nevertheless manage to work for peace. “There was one woman who had lost her husband and child in the war who told me how bitter she felt. But she still worked for peace so that no one else would have to go through the same thing.” Conflicts impact on women differently than on men, yet despite tough experiences forgiveness and dialogue are possible.

In addition to peace building, Majok wants to see other concrete changes in the everyday lives of women in South Sudan. “I want to see a drop in maternal mortality, I want education for all our girls, and I want an end to child and forced marriages.” So we’ve a lot of work to do, she adds.

“We Southern Sudanese have been born into the conflict and have grown up in the conflict – now we must also see peaceful South Sudan”, Majok points pout. Peace brings stability, and without it the country cannot achieve its goals. “All of us must work together to bring about peace.”