How can peace mediation stay relevant in the post-Covid-19 world? 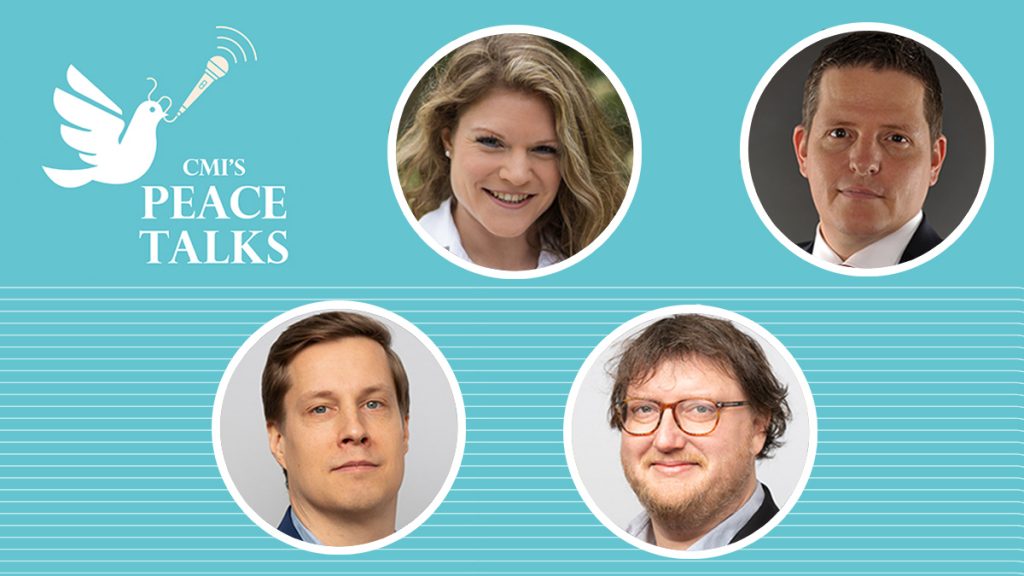 An emerging new world order is coupled with rapid technological change that gives new tools to advance conflicts. In this exclusive episode of CMI’s Peace Talks for the Geneva Peace Week 2020, we ask how peace mediation can adapt to this new reality.

The coronavirus crisis is speeding up the emergence of a new world order that shakes the very foundations of global peace and security. A global power shift is in the making as tensions between the United States and China are rising by the day. And vaccine nationalism could become the latest symbol of declining international cooperation. At the same time rapid technological change gives new tools to advance and fuel conflicts.

It is clear that practice of peace mediation needs to adapt to this new reality if it wants to stay relevant in the future. But how to do it? This is the topic of discussion in this exclusive episode of CMI’s Peace Talks for the Geneva Peace Week 2020.

“If the world is becoming more conflictual, there will be an increasing need for impartial actors”

The first key trend discussed in the podcast is the decline of international cooperation. It is being fueled by global and regional power rivalries. This environment hinders the prospects for peace. Currently, several UN-led peace processes are facing difficulties, because deadlock between the great powers in the UN Security Council prevents an effective mandate.

As geopolitical tensions are running high, small states, regional organisations and independent actors have the opportunity to play an increasingly important role in different mediation efforts.

“If the world is becoming more conflictual, there will be an increasing need for impartial actors. Small states, such as Finland and Switzerland, could play a role. Like the UN, these countries can also contribute to strengthening international norms of mediation and multilateralism”, says Jean-Marc Rickli, Head of Global Risk and Resilience at the Geneva Centre for Security Policy (GCSP).

The volatile world situation is coupled with technological advancements. It is clear that the use of new technologies, such as publicly available drones or social media, to fuel and advance conflict is growing.

“We’ve seen that the spread of rumors, fake news and information warfare also add to conflict dynamics. That means we really need to think about better education so that people are aware of rumors and more careful about fact-checking, for instance, on who violates ceasefire agreements or whether a threat pamphlet is real. Because, ultimately, I doesn’t really matter what happens but what are people’s perceptions of what happens. And this is what shapes conflict and the possibility for peace”, highlights Annette Idler, Director of Studies at the Changing Character of War Programme at the University of Oxford.

“You need willingness to find a solution. There have to be compromises. And you also have to engage with those actors who have influence in the conflict.”

Annette Idler, Director of Studies at the Changing Character of War Programme at the University of Oxford, Jean-Marc Rickli, Head of Global Risk and Resilience at the Geneva Centre for Security Policy, and CMI’s Programme Director Ville Brummer.