From War to Peace in Africa

It is clear that a more prosperous and stable Africa has global benefit, write CMI’s Itonde Kakoma and Lisa Boström.

The current political crises facing Algeria and Sudan are indicative of broader trends and generational shifts taking place across Africa. It is clear that these socially-driven demands are not just about the removal of individuals but of systems that are designed to preserve elite interests at the expense of nation-building. A key principle to bear in mind here is managed transition, to prevent chaos as in the case of Libya. Additionally, conflict trends on the continent, as exemplified in South Sudan, show that peace agreements focused solely on power sharing are not sustainable.

In Africa, as in the rest of the world, armed conflict is in general declining. The total number of conflict-related deaths has decreased from a peak in the early 1990s. When contrasted with the rapid population growth of the past two decades, the decrease is even more significant. However, Africa continues to bear the burden of a large portion of global conflict fatalities, stemming from several protracted or cyclical conflicts that have been affecting the same countries or regions for years or even decades. In fact, most conflict-related deaths since 2001 have been concentrated to relatively few countries, namely Sudan, Nigeria, the Democratic Republic of Congo, Somalia, South Sudan, the Central African Republic and Libya.

Most violent conflicts in Africa today are categorized as ‘internal’, fought between state and non-state actors or between competing non-state armed groups. At the same time, another pattern that emerges, when looking at the areas where conflict is concentrated, is the transnational or regional dimension – where armed groups operate regionally, or conflict has spill over consequences due to refugee flows, links with criminal networks, interests of neighbouring states or regional or international competition for influence. Other conflict trends include the proliferation of armed actors, the rise of violent Islamist extremism and an increase in political protests and riots. 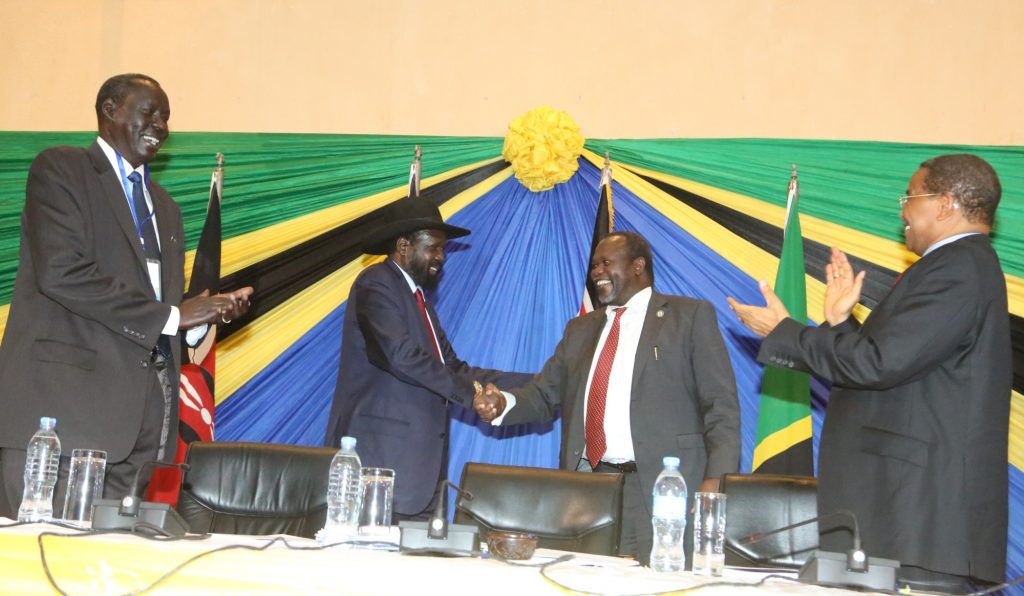 Linkages between conflict, governance and mediation

While there is no easy fix to prevent and resolve violent conflict, there is growing consensus that the best long-term solution to conflict is improved governance at the national level, in the sense of effective and legitimate institutions, norms and processes for the delivery of services to the population. Much internal conflict is fuelled by a sense of exclusion or lack of access to resources, opportunities, security or justice. Sufficiently functional and inclusive systems of governance effectively prevent conflict.

The Ibrahim Index of African Governance measures the quality of governance by looking at four categories of indicators, namely safety and rule of law, participation and human rights, sustainable economic opportunity, and human development. It shows overall improvement over the past ten years, although the pace of progress has slowed slightly in the last five years. A notable exception to the positive trend is a clear deterioration of personal safety and national security, especially in Central and East Africa, and to a lesser extent in North Africa. This reflects a lack of state capacity to ensure territorial control and provide security for populations, and correlates with a proliferation of armed opposition groups competing for control over populations and resources where the state has left a vacuum. Many countries also show warning signs or deterioration on measures of political participation and human rights. At the same time, population surveys consistently show that popular demand for effective democracy is steadily growing all over Africa, as reflected in an increasing number of both peaceful political protests and violent riots, especially around elections.

In the short term, mediation and dialogue remain essential tools to getting parties to move from hostilities to agreement on a more constructive approach. This is crucial in intra-state conflict – perhaps even more than in conflicts between states – as parties are expected to live peacefully side by side. Unaddressed grievances easily lead to a resurge in violence, as shown CAR, Mali and South Sudan, where numerous peace agreements have failed to bring lasting peace.

In fragile contexts, where governance is weak and sometimes unpredictable, the landscapes of actors and issues are complex and the space for mediation varies. For mediation to be successful and lead to sustainable outcomes it must be highly adaptive and based on a thorough understanding of the context. Strategic decisions about what should be negotiated and who should be involved, as well as on format, venue, goals and funding, can make or break the process at any time, and must be constantly reassessed.

Many mediation efforts in Africa are multilateral and led by international or regional organisations, mainly the United Nations or the African Union (AU), but also sub-regional organisations as foreseen by the African Peace and Security Architecture and the 2002 protocol relating to the establishment of the Peace and Security Council of the AU. The role of the AU in particular has steadily grown, and now encompasses a broad range of peace efforts, from conflict prevention and mediation to peacekeeping and post-conflict reconstruction. This is a very promising sign of increased African ownership of conflict prevention and resolution efforts. Even so, the challenge rests on the ability of the AU and other mandated institutions to accompany parties in the implementation of peace agreements. Furthermore, international and regional organisations are only as effective as their member states allow them to be.

Where the space for multilateral diplomacy is limited, smaller, private diplomacy actors are complementary. Such organisations can be more agile and flexible than official actors and are often perceived as sufficiently impartial by conflict stakeholders. This allows them to work to establish and maintain channels of communication, bring parties together and build the trust necessary for official processes to be successful. As an example, the Crisis Management Initiative (CMI) works in Africa in support of the African Peace and Security Architecture and advances independent work driven by national stakeholders. Our efforts aim to create space for parties to work out their own solutions.

The picture is not as gloomy as news headlines would sometime have us believe. On the contrary, Africa is growing, dynamic and increasingly peaceful. But there are stubborn pockets of conflict that have negative impact on the sustainability of these positive trends. It is clear that a more prosperous and stable Africa has global benefit. Thus, it is not surprising that Finland, like many other European states, has explicitly stated Africa as a foreign policy priority. The difference now is that African states are no longer merely seen as recipients of aid, but as equal partners.

Itonde Kakoma is a Programme Director at Crisis Management Initiative (CMI). He oversees CMI’s work in Africa, as well as institutional policy, knowledge management and cooperation.

Lisa Boström works in CMI’s Sub-Saharan Africa team, on a variety of projects relating to conflict resolution and capacity building of mediation actors.

This article was originally published in the Maanpuolustus magazine.