The newly escalating political crisis and adverse security situation threaten to exclude women from politics in Libya. Organisations such as CMI are needed to boost the scope for Libyan women to make their presence felt. 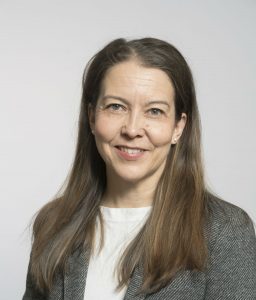 Libyan women played an important role in deposing the 42-year old dictatorship of Muammar Gaddafi just over seven years ago. In contrast to their earlier roles, women took part in street protests, held meetings, and mobilised people around them to get involved in the uprising. Many people followed international news coverage of similar events in Yemen, Egypt, and Tunisia. And many Libyan women vividly recall those moments when women in neighbouring countries were shown for the first time on TV as active protagonists.

In the light of the Arab spring it seemed for a moment that Libya too was moving ahead swiftly and in perpetuity. But the hopefulness of the initial phase of the revolution ended in power struggles between different groups, the emergence of reactionary forces, and prevailing uncertainty. The current direction and prevalence of change is a source of concern both for the women who were part of the uprising as well as in international estimations of the situation. The newly escalating political crisis linked to the intractable security situation threatens to exclude women from politics. The political climate internationally is neither especially tuned to social transformation aiming to improve the status of women nor to democratic aspirations.

How did this come about?

Independent women’s organisations were not permitted during Gaddafi’s rule and women had scant opportunities to exert an influence in society. Many Libyan women activists nevertheless point out that the education system, which is the same for men and women, and notional equality before the law, both inherited from the Gaddafi era, are the basis on which women’s organisations and activists organise their work. The revolution of 2011 opened up the possibility for women to get involved in political activity, especially within the civil society arena, and created a space for influencing the social debate concerning the transition. Both the existing women’s organisations of the old regime and new ones, such as human rights groups, quickly took an active part in the political changes underway. Women also managed to some extent to gain a foothold in political parties, traditionally seen as a male terrain.

But the prolonged and unmanageable transition has eroded the basis of the reform efforts. Libya’s economic situation has deteriorated in recent years, the violence and predominance of armed groups have increased, and the official peace process has repeatedly hit a dead end. The international linkages and funding channels of the militias together with talk of Libya drifting back to the brink of civil war have recently exacerbated the sense of uncertainty about what lies ahead.

Despite the slowing of the peace process, dialogue must be maintained, as it provides a way to build peace amidst conflict. CMI is working in Libya with a group of women representing supporters of the present and former dispensations, different parts of the country and ethnic groups, civil society, political parties and the government. The women’s group has highlighted what it sees as three sources of concern: general insecurity, the upcoming elections, and the transition’s reconciliation process.

At present, armed groups fighting one another for power hold a large part of Libya, and under their control it is almost impossible for women to act politically, particularly at local level. The poor security situation on the streets, in the towns and cities and beyond affects the possibilities for women to be on the move and therefore participate in politics equally with men. Unrestrained crime and violence impact on women’s security both in public and private spaces.

Safeguarding women’s involvement in the upcoming elections remains an open question for which answers are needed both from the Libyan authorities and the international community. Women’s participation in the elections as candidates or voters has previously been sabotaged, for instance by threatening them, banning their meetings or destroying their campaign materials.

A common view of reconciliation during the transition phase is only embryonic. So far there is no consensus on how reconciliation between different groups could be promoted, who can be part of it and what issues are important or are possible to discuss. Silence about the sexual violence linked to the conflict is one instance of this problem. Responses to questions from victims and offenders have not been clarified, and the voices of internally displaced people, ethnic minorities and the opposition outside Libya have yet to be officially heard.

There’s a need for organisations such as CMI and for outside support to bolster the scope for Libyan women to influence the political processes of the transition phase and the national debate on the vision of a peaceful Libya. The most permanent change of the 2011 uprising hopefully concerns how women understand their right to participate and how they see themselves as an active part of the long and difficult process that will shape the country in the future.