The Middle East and North Africa urgently need regional mechanisms to resolve current conflicts and prevent new ones from occurring. This was the key message of a recent seminar of experts that was jointly held by the University of Helsinki and CMI. 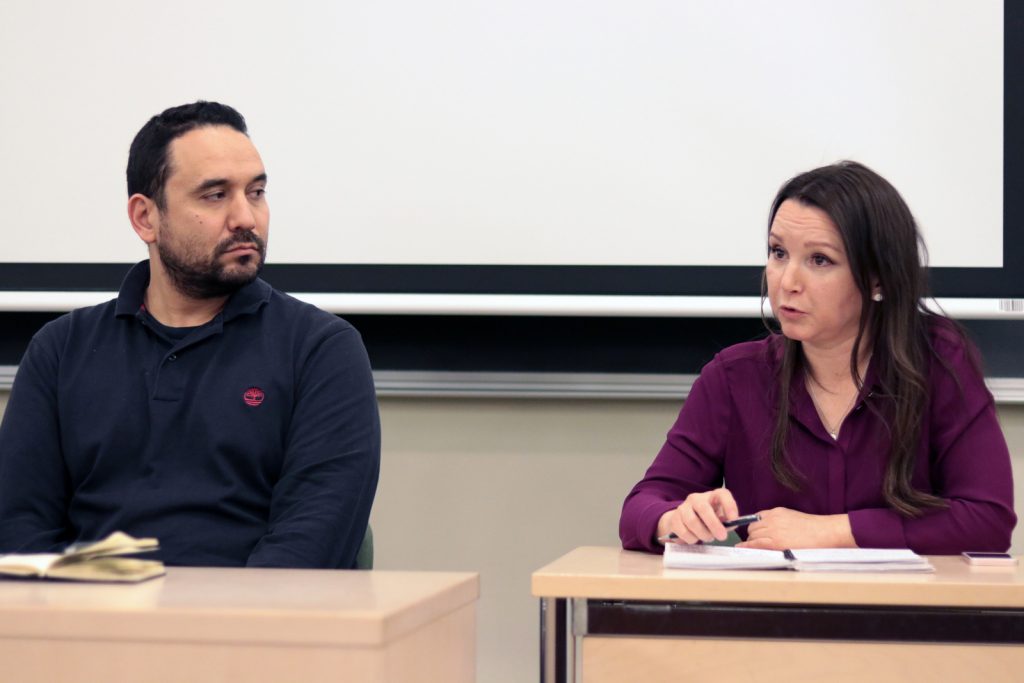 The panel was attended by Maruan El-Krekshi, head of the Middle East and North Africa at CMI, and Heidi Huuhtanen, senior advisor at the Berghof Foundation.

The panellists at the seminar were Maruan El-Krekshi, head of the Middle East and North Africa at CMI, Heidi Huuhtanen, senior advisor at the Berghof Foundation, and senior research fellow Wolfgang Mühlberger from the Finnish Institute of International Affairs. The seminar was moderated by professor Hannu Juusola of the University of Helsinki.

As can be seen in the cases of Syria and Yemen, for example, there is increased involvement by regional powers in several conflicts in the Middle East and North Africa. Generally speaking, the two opposing camps that are involved in these conflicts are Iran and Saudi-Arabia and their respective allies. The diminishing role of the United States in the region has created a new space for regional rivalry. This manifests itself in several ways, such as through the use of armed groups as proxies in many of the region’s conflicts.

“Instead of politics that would focus on the broader needs of the people in the region, we are seeing competition among regional states on acquiring a hegemonic position”, El-Krekshi said at the seminar.

Existing regional organisations are mostly weak, and suffer from lack of unanimity.

“If you look at the needs and possibilities for political and economic cooperation and compare these to the reality, then it’s a very sad state of affairs”, said El-Krekshi.

The panellists agreed that common institutions that can uphold peace and security in region are now needed more urgently than ever.

“Since the regional powers are so intensively involved in these conflicts, a functioning regional security architecture is urgently needed for settling these conflicts in a sustainable way. The key is to have a platform where states that see each other as enemies can enter into dialogue. If this is not done, then lower-key crises are also at serious risk of relapsing into open conflicts”, Mühlberger said.