“You’re never too young to teach”

Today’s leaders have a lot to learn from the youth in finding solutions to global challenges. This was one of the key messages of “Wisdom Wanted – CMI and the Elders” seminar.

The world is becoming younger, but youth are being sidelined by current leaders. Those who hold power must make an effort to listen to the voices of the young in making decisions that shape their future.

The role of youth provoked the liveliest discussion at a high-level seminar at the Finnish National Theatre on Monday. The seminar, co-organised by CMI and The Elders group, celebrated the birthdays of Finland itself and of Martti Ahtisaari by discussing the need for ethical leadership in today’s tumultuous world.

The seminar was opened by the President of Finland, Sauli Niinistö, and introduced by the Chair of The Elders, Former UN Secretary General Kofi Annan.

The discussion on youth was initiated by a video in which Finnish high school students expressed their worries but also hopes about the future. Among the themes were climate change, terrorism, and the peaceful co-existence between nationalism and globalism.

Already half of the world’s population is under 30 years old, but the views of this enormous demographic group are rarely heard when decisions affecting their future are made.

“In many countries young people are the majority. At the same time, not only do we not listen to them, but we don’t give them the central role in economic, political or social transformation. We are not paying attention to this,” said Machel.

She pointed out that young innovative minds are urgently needed for creating jobs, for example, both for themselves and others.

“We have to give them the opportunity to shape their nations, today and tomorrow. It’s not our future, it’s their future”, Machel said.

Zedillo reminded the youth that involvement always comes with responsibility.

“The ones who are going to suffer from Brexit are the young people. Why they didn’t go out to vote massively against it?” 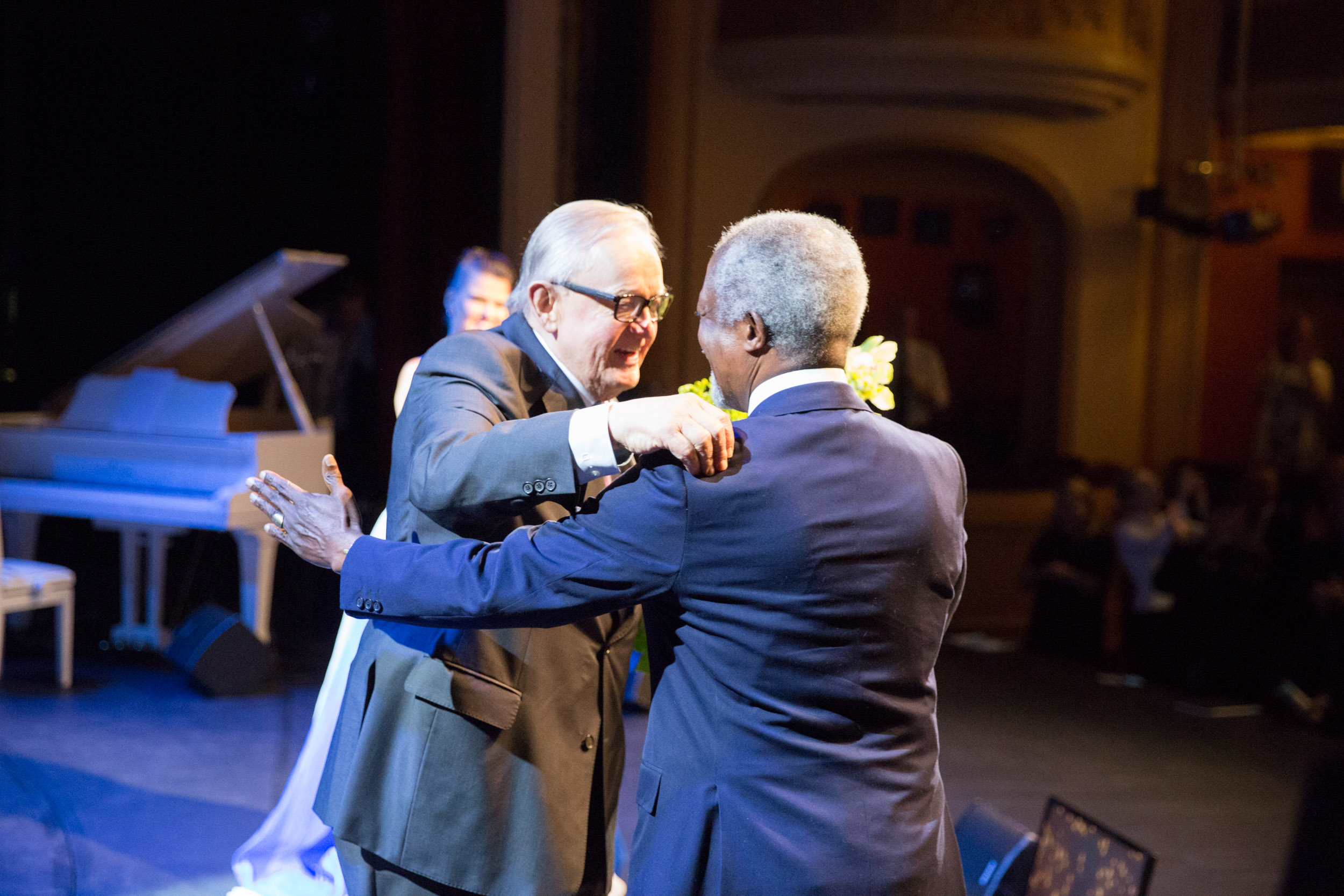 Inclusion of youth guiding the work of the Elders

Alexander Stubb referred to the nature of the democratic system as being one the barriers to youth engagement. Social media, for example, heavily influence the way young people communicate.

“This generation tries to influence the world in a different way. Are we perhaps – and I pose this question to myself – a bit old-fashioned in thinking that centralised democratic power is the only kind that has the right to decide and legislate.”

In Stubb’s opinion, there is more need for older generations to try to better understand the younger ones than the other way around.

“That’s why I believe in reverse mentorship. You’re never too old to learn or never too young to teach”, Stubb said.

According to Brundtland, working side by side with young people has guided The Elders’ work right from the beginning. Inclusion of youth was one of the key principles of the late Nelson Mandela, who launched the group in 2007 to promote peace and human rights.

“We have really emphasised listening to young people and working with them. And we should do it more”, Brundtland said.

Zedillo was a professor and teacher for much of his life. Nonetheless, he says, he is still often nervous when meeting with students.

“I have to pretend to be at least as clever as they are.”