Two towns seek a common future after war: “This could be a step towards peace in Libya”

The Libyan civil war turned the towns of Misrata and Tawergha against each other, but now there’s momentum for reconciliation. The two communities explored concrete ways of living together again in CMI’s workshop in Tunis. 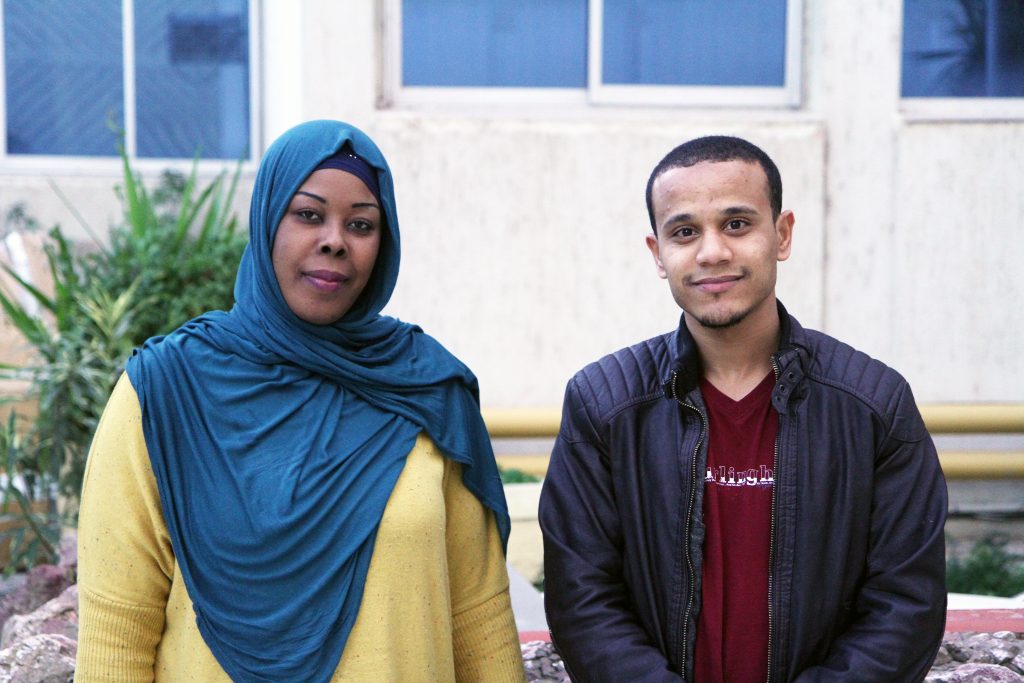 Member of the Misrata-Tawergha joint committee Hajer Al-Mortoja and Misratan youth activist Elshalfie Elshalfie believe in the rebuilding of trust between their own communities.

The Libyan civil war turned their own communities against each other, but Elshalfie and Hajer firmly believe the future will bring reconciliation.

“Eventually our people will go back to each other, regardless of the pain we have suffered in the past.”

Elshalfie and Hajer participated recently in CMI’s workshop in Tunis. The two-day workshop in the Tunisia capital brought together people from the Libyan towns of Misrata and Tawerhga.

The workshop helped build trust between the two communities. Even though the issue is still visibly sensitive, both sides explored concrete ways of living together again.

The fear of coming back

It’s unlikely that the meeting could have taken place a few years ago. The wounds of war run deep.

In 2011 the forces of dictator Muammar Gaddafi laid siege to Misrata, one of Libya’s rebel strongholds. Gaddafi’s forces were partly based in the nearby Tawergha. Tawerghans were accused of being complicit in the siege.

As the Misrata fighters eventually prevailed, Tawerghans fled the town in fear of reprisals. The town of 30 000 people was nearly completely destroyed in the war. Many Tawerghans now live in refugee camps, having been deprived of their basic rights.

Hajer and her family lived in Misrata, but they were forced to leave when the war broke out.

“We suffered a lot”, says Hajer.

Due to fear of persecution, only a handful of Tawerghans living in Misrata have come back since the war ended. According to Hajer, much of the fear is incited by the hate speech spread by the local media. The media has been clearly instrumentalized for political ends.

“The residents of Misrata are at heart good people. The evil was in the conflict”, Hajer says.

According to Hajer, Misratans in her own neighborhood have asked them to return.

“But the social fabric between us Tawerghans is so strong that we want to go back together. This is something we dream of.”

Both Hajer and Elshalfie now see momentum for reconciliation.

“As time has passed the feelings don’t run that high anymore. Also sitting at the same table helps to ease the tensions”, reminds Elshalfie. 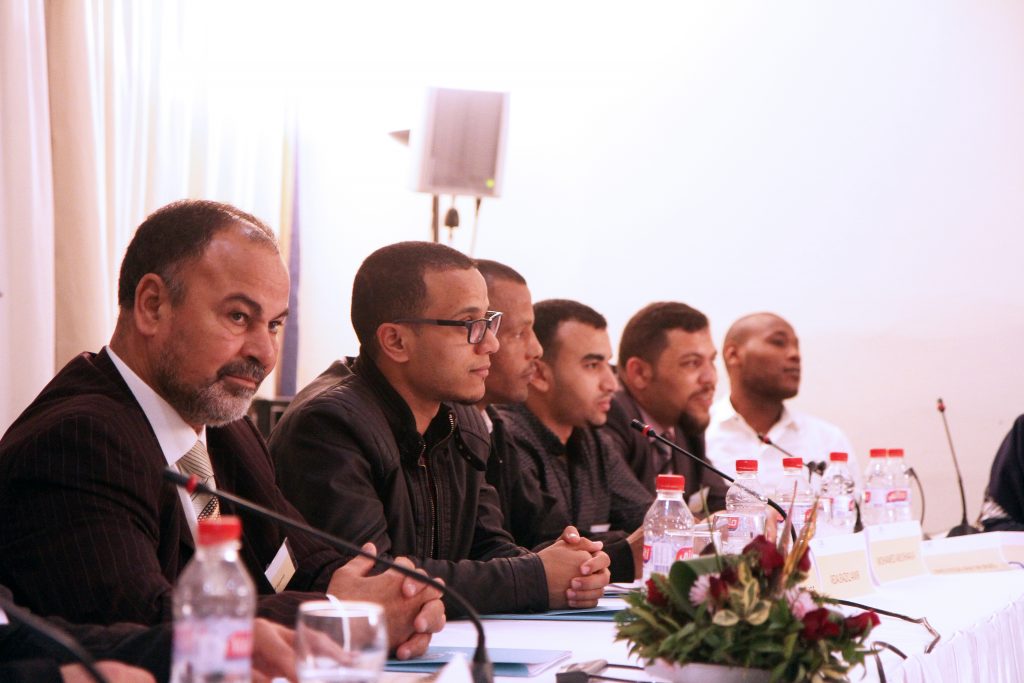 The workshop participants agreed that the two communities would organize common activities to build trust. Many participants emphasized the importance of taking small steps first.

Planned activities include a football match between elders and a joint scout camp for youngsters. Go-and-see visits for Tawerghans to Misrata could also be held.

The activities are meant to support the initial agreement between the two towns to guarantee the safe return of Tawerghans to their homes.

“If these activities are effectively implemented, they would pave the way for our return. We should put an end to the suffering”, Hajer believes.

Because the Libyan media is highly politicized, there was a lively discussion on how the media could promote reconciliation and peace. It was agreed that the communities would create joint Facebook pages and try to spread a common positive message through television and radio stations.

“Good communication is essential in raising the right awareness among the ordinary people in Misrata”, says Hajer.

Workshop participants recognized that although the past cannot be changed, all those affected can work together to piece together a better, shared future.

And Hajer and Elshalfie are confident that the two communities have much to build on. Both highlighted mutual economic interests. Most Tawerghans used to work in Misrata and did their daily shopping in the city.

Hajer thinks companies based in Misrata could participate in the reconstruction of Tawergha. 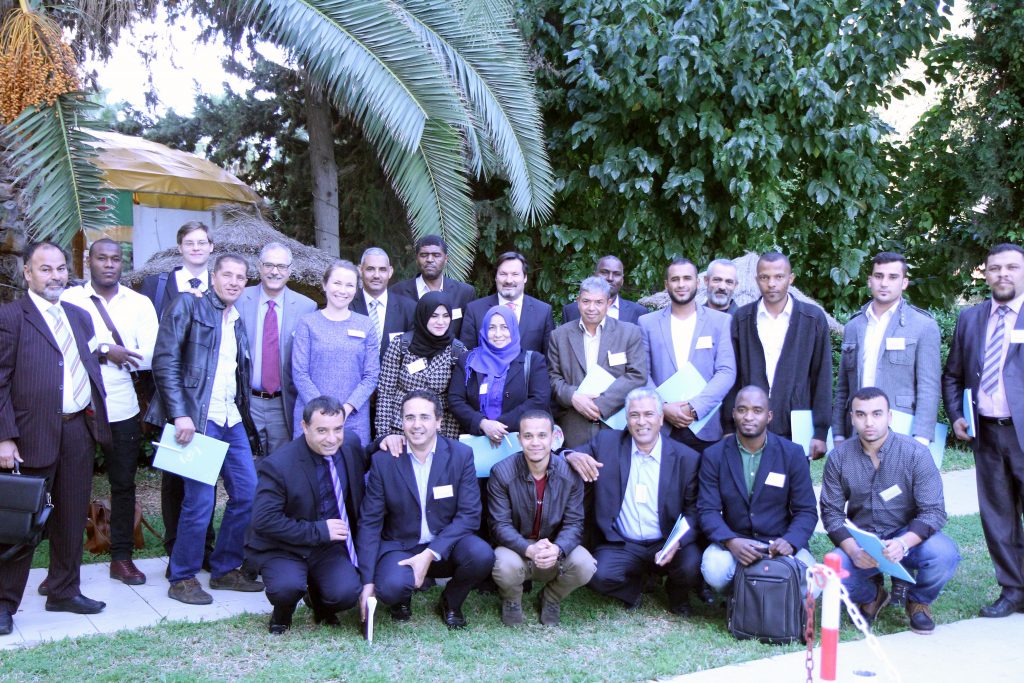 The workshop brought together people from different segments of the Misratan and Tawerghan communities to discuss how they could support reconciliation.

“We want Libya to be similar to other countries”

Since the ouster of Gaddafi, Libya has been divided by tribal and militia rivalries. No strong central government is in place.

Elshalfie doesn’t know if he wants to stay in Libya if the violence and instability goes on.

“I study Italian at the University of Misrata. I’d like to become teacher or interpreter. But I don’t know if there are enough job opportunities.”

Both Elshalfie and Hajer believe that building trust between their own communities could be an encouraging example for peace throughout Libya.

“It’s quite normal that we work towards peace. After all, this about the prosperity of Libya. We want Libya to be like other countries”, Elshalfie adds.

“This could be a decisive step towards peace in Libya”, Hajer adds.