The Elders come to Finland in May

The Elders, a group of independent global leaders, will visit Helsinki next May. 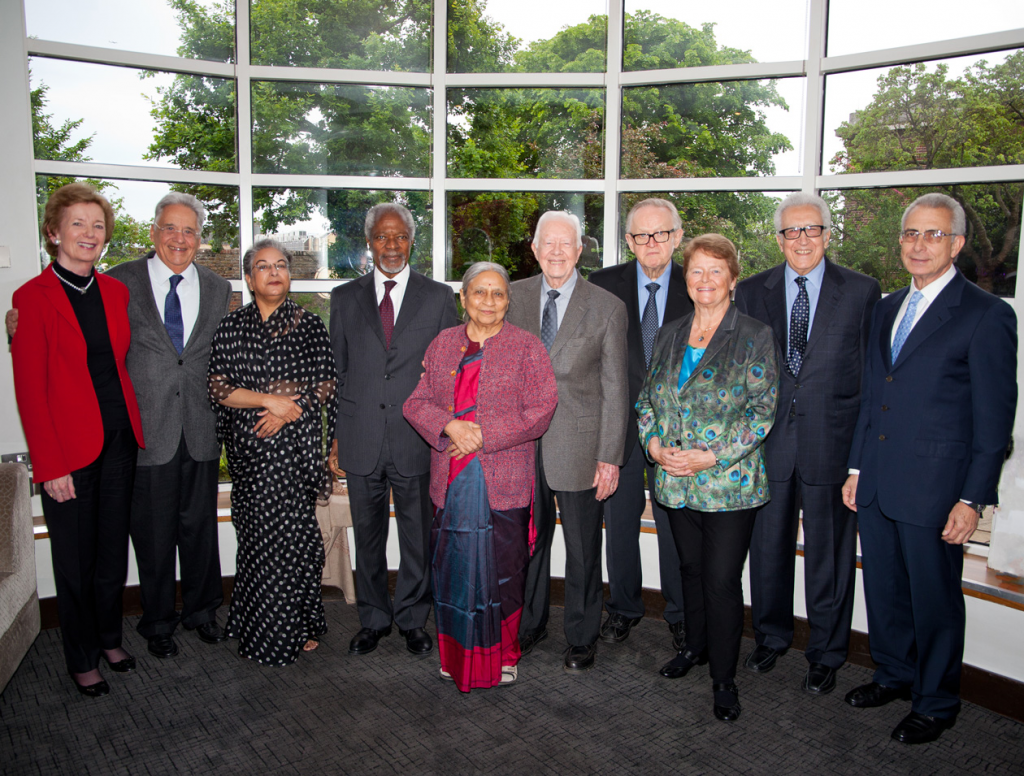 Martti Ahtisaari, the founder and chair of the CMI board, has been a member of The Elders since 2009, the year after he won the Nobel Peace Prize. The Elders’ visit to Finland next spring will mark President Ahtisaari’s 80th birthday and Finland’s centenary.

“The Elders use their influence and collective wisdom to focus attention on questions of global importance. These include conflict resolution, climate change and the rights of women and girls. Their visit to Finland during our centenary year makes us proud and very happy,” says CMI’s Executive Director Tuija Talvitie. CMI will announce the details of the public event linked to the visit of The Elders at a later date.

The Elders was founded by former President of South Africa Nelson Mandela. It is an independent group of leaders who have extensive experience in world affairs. The major focus of the group is on the promotion of peace and human rights. The Elders is chaired by former Secretary-General of the United Nations Kofi Annan. Other members of the collective include the former Algerian Foreign Minister and UN diplomat Lakhdar Brahimi, former Prime Minister of Norway Gro Harlem Brundtland and Mary Robinson, former President of Ireland and former UN High Commissioner for Human Rights.