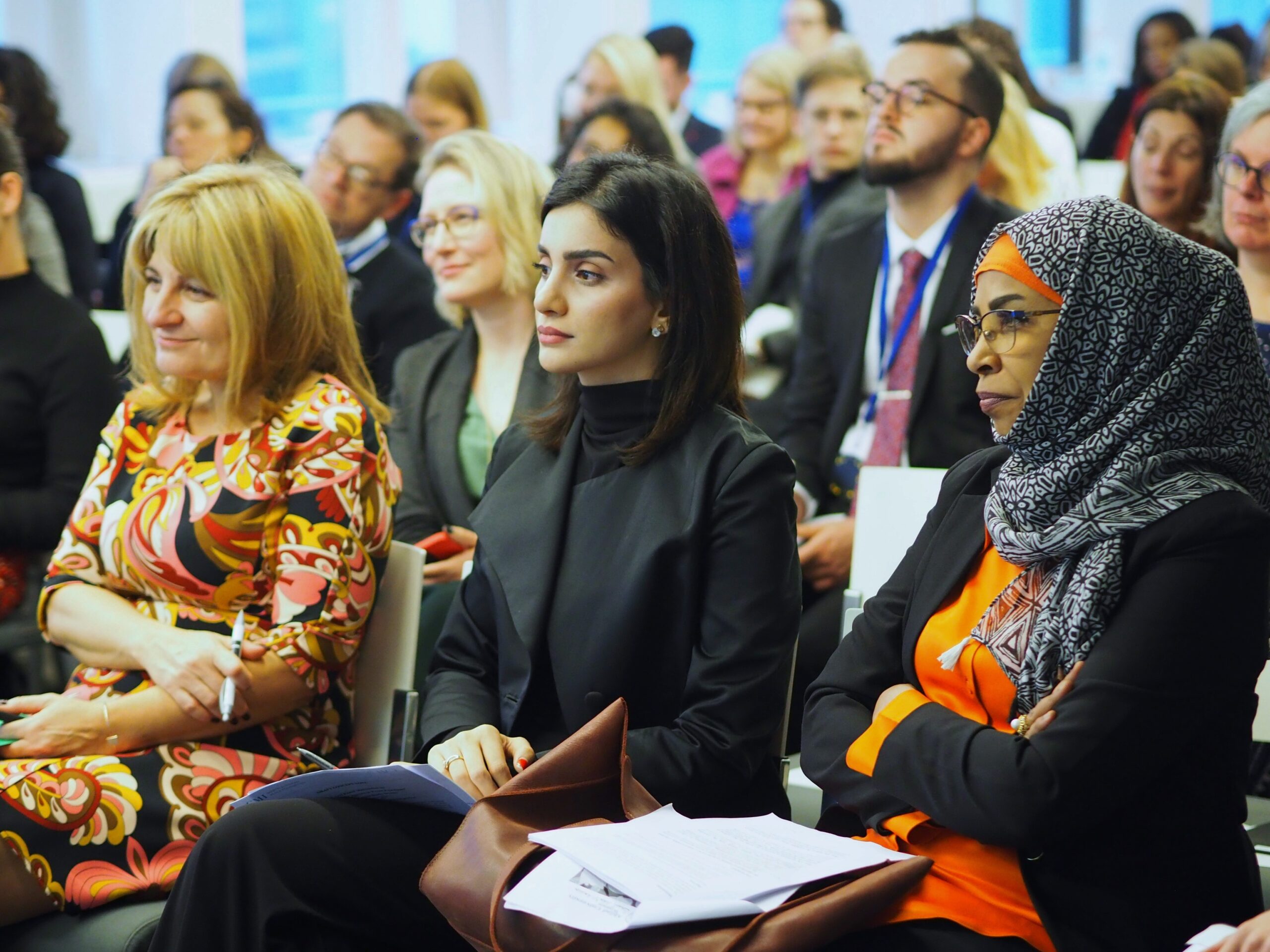 Women do not only deserve a seat at the negotiation table – they should have the floor and be part of decision-making processes. Digital tools have helped to provide a space for women, but action needs to be taken to make sure that this is a space safe. These issues were discussed in the high-level panel on Women as Political Agents in Peace Processes, where almost 100 people participated.

The high-level event, organised in Brussels by CMI – Martti Ahtisaari Peace Foundation in cooperation with the Permanent Representations to the EU of Finland and Denmark, consisted of a keynote speech, two panel discussions and concluding remarks.

The first panel, moderated by Ambassador Stella Ronner-Grubačić, the EU Ambassador for Gender and Diversity, focussed on women’s rights and political participation in peace processes. Speakers included Elham Saudi from Lawyers for Justice in Libya, Ratibeh Al-Natseh from the Palestinian Fida party, Director-General Lubna Elatta from the Sudan National Centre for Languages, who participated in supporting the women’s delegation to the Juba talks on Sudan as well as Fawzia Koofi, the leader of Movement for Change party and a former member of the peace negotiation team of the Islamic Republic of Afghanistan. 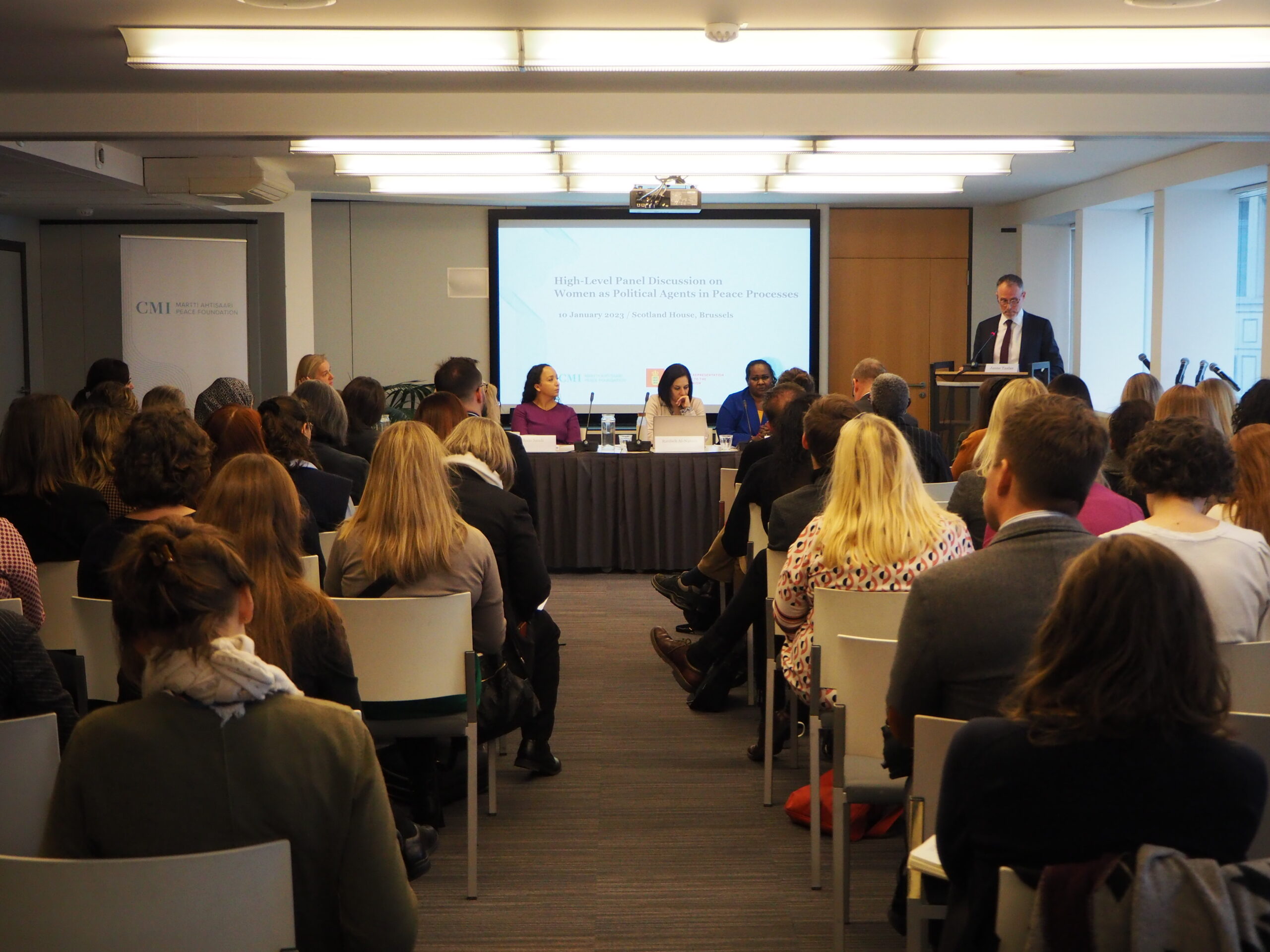 In the panel, Ratibeh Al-Natseh encouraged women to take the floor and not wait for it to be given. Fawzia Koofi reminded that the real work starts once women have been included in peace negotiations and in political processes, notably to ensure that they can join the decision-making to shape the future of their country.

“Without changing the political ecosystem in the country, nothing will fundamentally change. We need to rebuild the system through a women-centric approach. This means giving women their agency.”

Elham Saudi stressed that meaningful participation takes place in a continuum. It starts well before being included in a particular process and continues both during and after the cooperation.

The panel discussed the global support for conflict-driven areas and what could be done to enhance dialogue with international actors such as the EU. The panelists highlighted the importance of inclusive discussions. Ratibeh Al-Natseh shed light on some of the complexities around representation, and Lubna Elatta noted that European actors should be transparent and accountable in their actions.

“Women have achieved a lot until now, with the support of the international community, particularly in terms of women and peace. The global community should be effectively involved with Sudan, especially in supporting the streets and not the elite.” 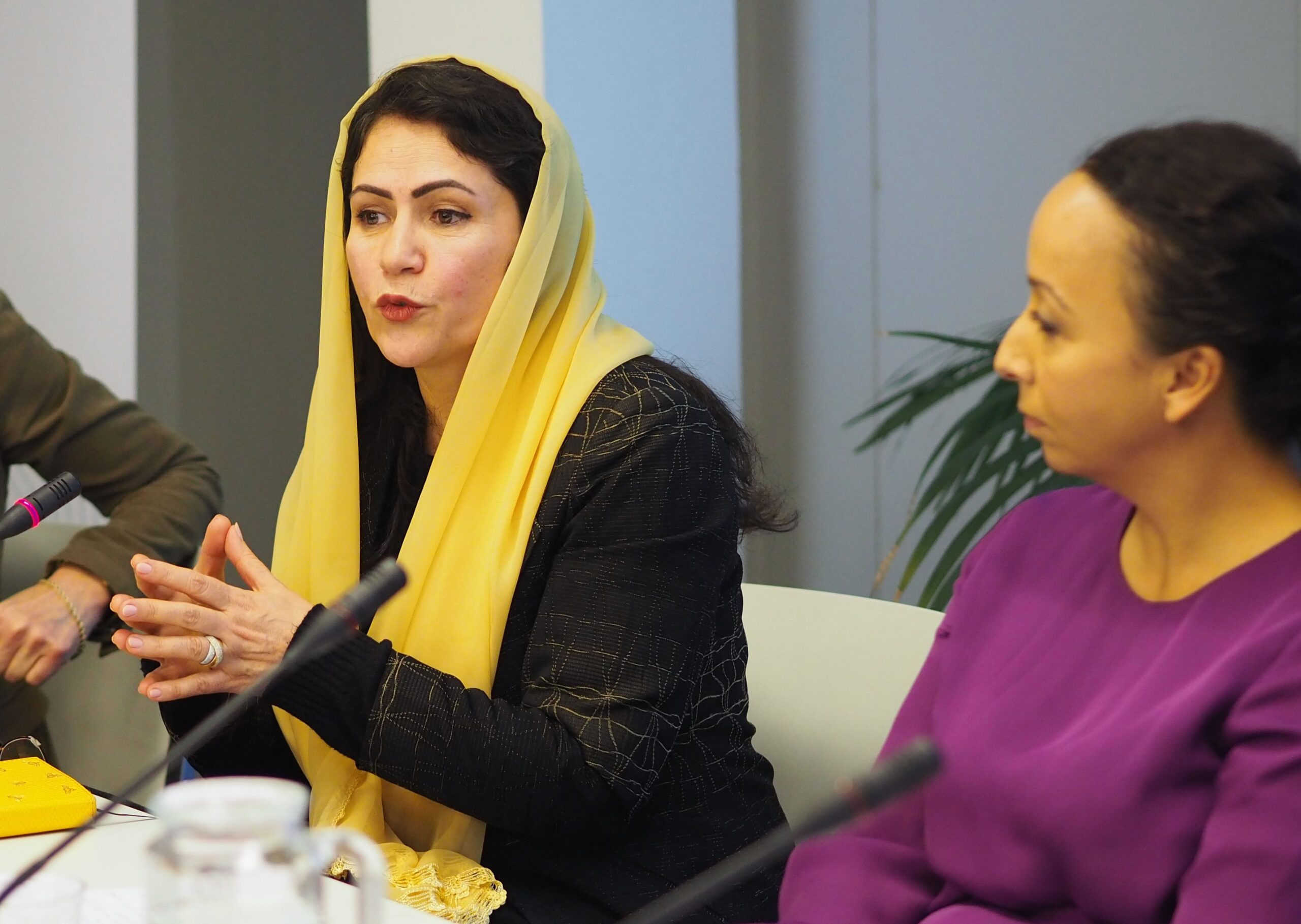 In the first panel, Fawzia Koofi stressed the need to support women-centric approach in the political ecosystem of Afghanistan. Picture: Anni Lindgren 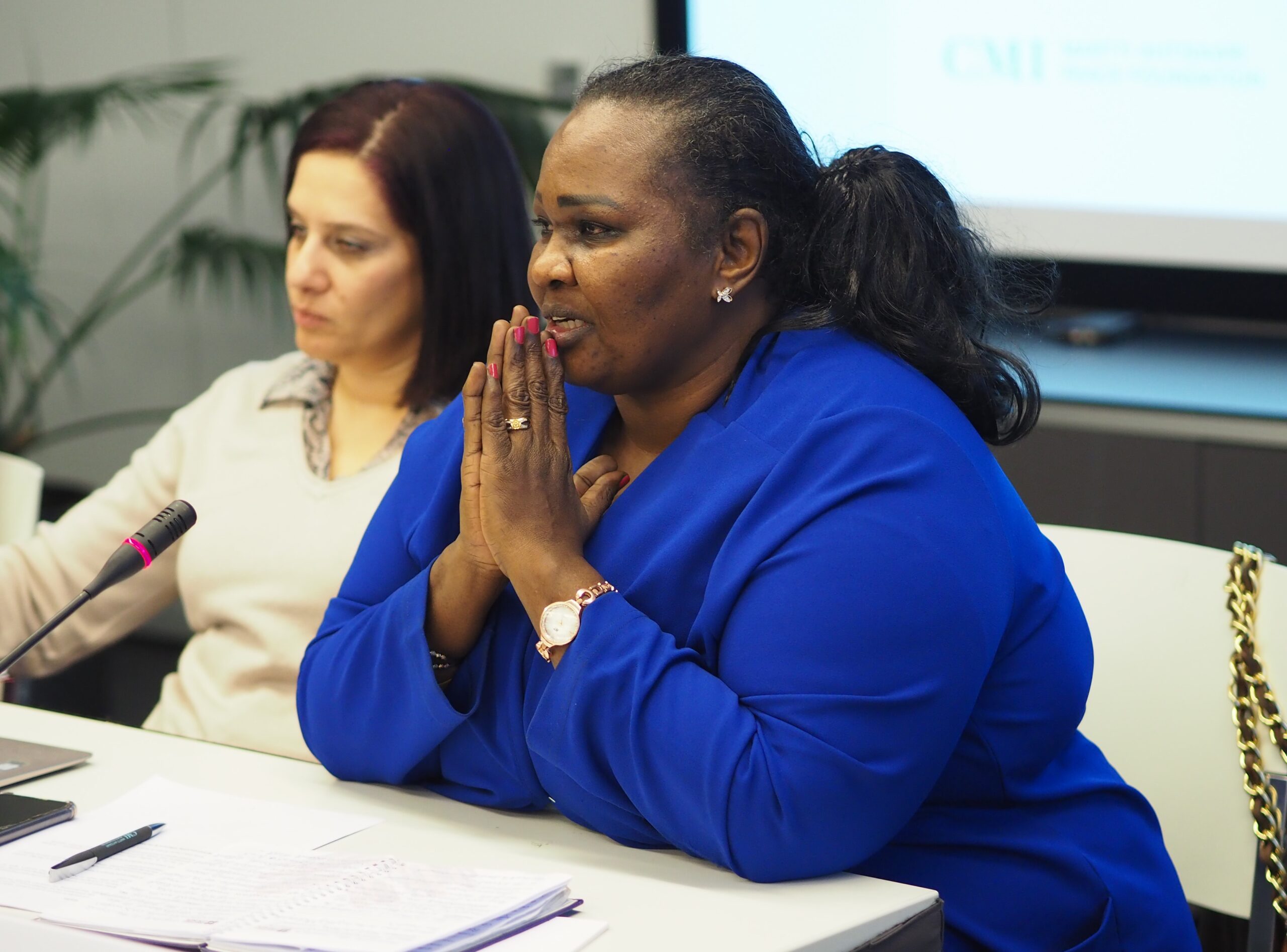 Sudan needs to stay visible in the talks and the actions of international actors such as the EU, noted Lubna Elatta. “We need the international community to stand by us.” Picture: Anni Lindgren / CMI

The second panel, moderated by Charlotte Slente, the Secretary-General of Danish Refugee Council, brought together young women activists from Libya, Sudan, Palestine and Afghanistan to discuss young women in movements’ demanding social and political change, and the use of digital tools in protests.

Dalia Hamayel noted that in Palestine, the women’s right movement started decades ago. The newer movements provide flexibility, helping people to find ways to mobilise and thereby contributing to decentralising leadership and providing the space to those who would otherwise not have it. 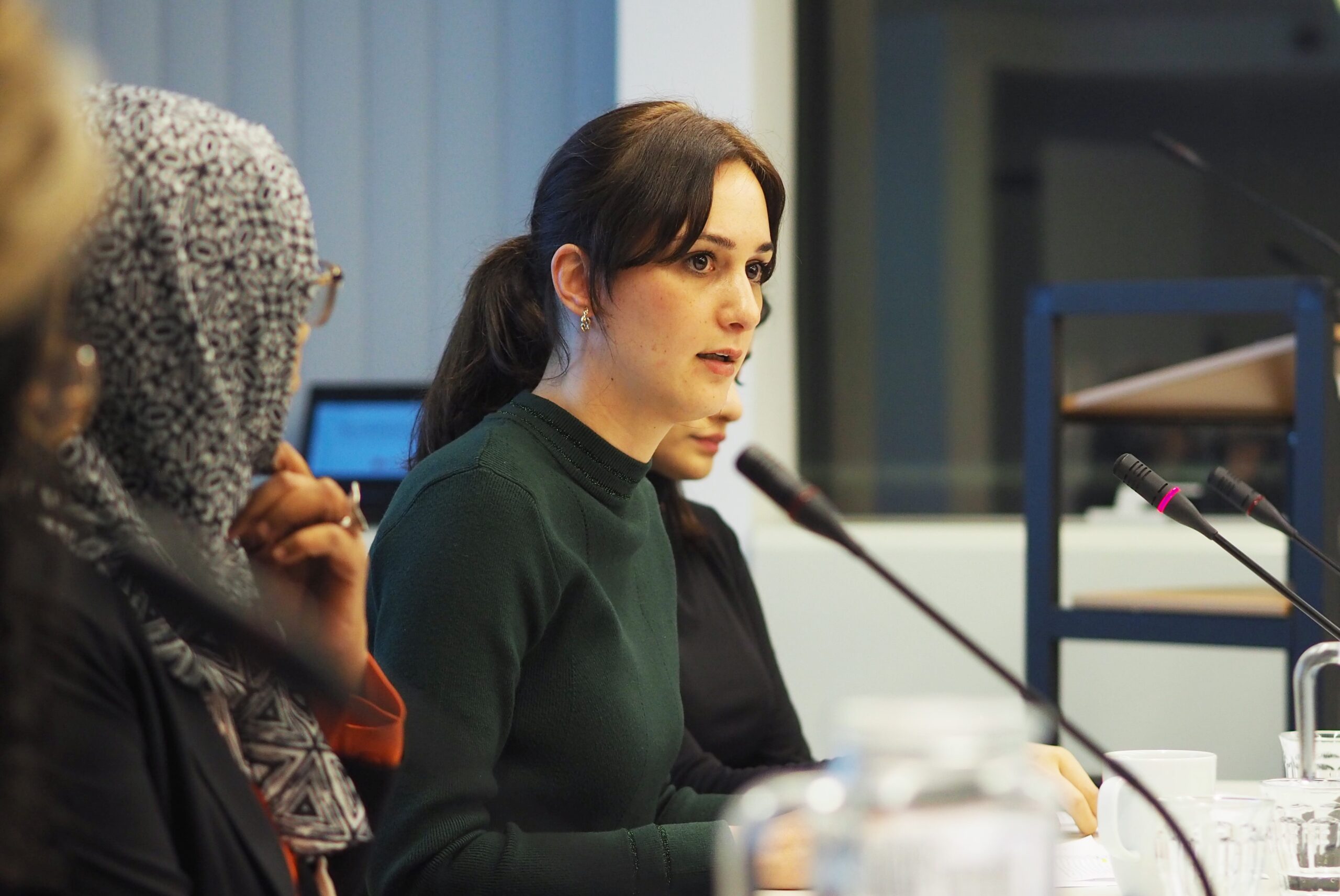 Asma Khalifa stressed the importance of social media for advocacy both internally and regionally. “To get support matters”. But added that while it can provide a new space for women, this is not necessarily a safe space.

All panelists highlighted the importance of social media as tools of political movements and for more support for digital infrastructure and digital literacy skills as key enablers for change. Nilofar Ayoubi and Randa Gindeel explained how taking control of the social media space has become a central tool for protests in countries governed by authoritarian regimes and for international awareness-raising.

However, Nilofar Ayoubi stressed that the work in Afghanistan is far from done and in the case of protest movements, silence is never golden.

“We need to keep Afghanistan alive on social media and on the news.” 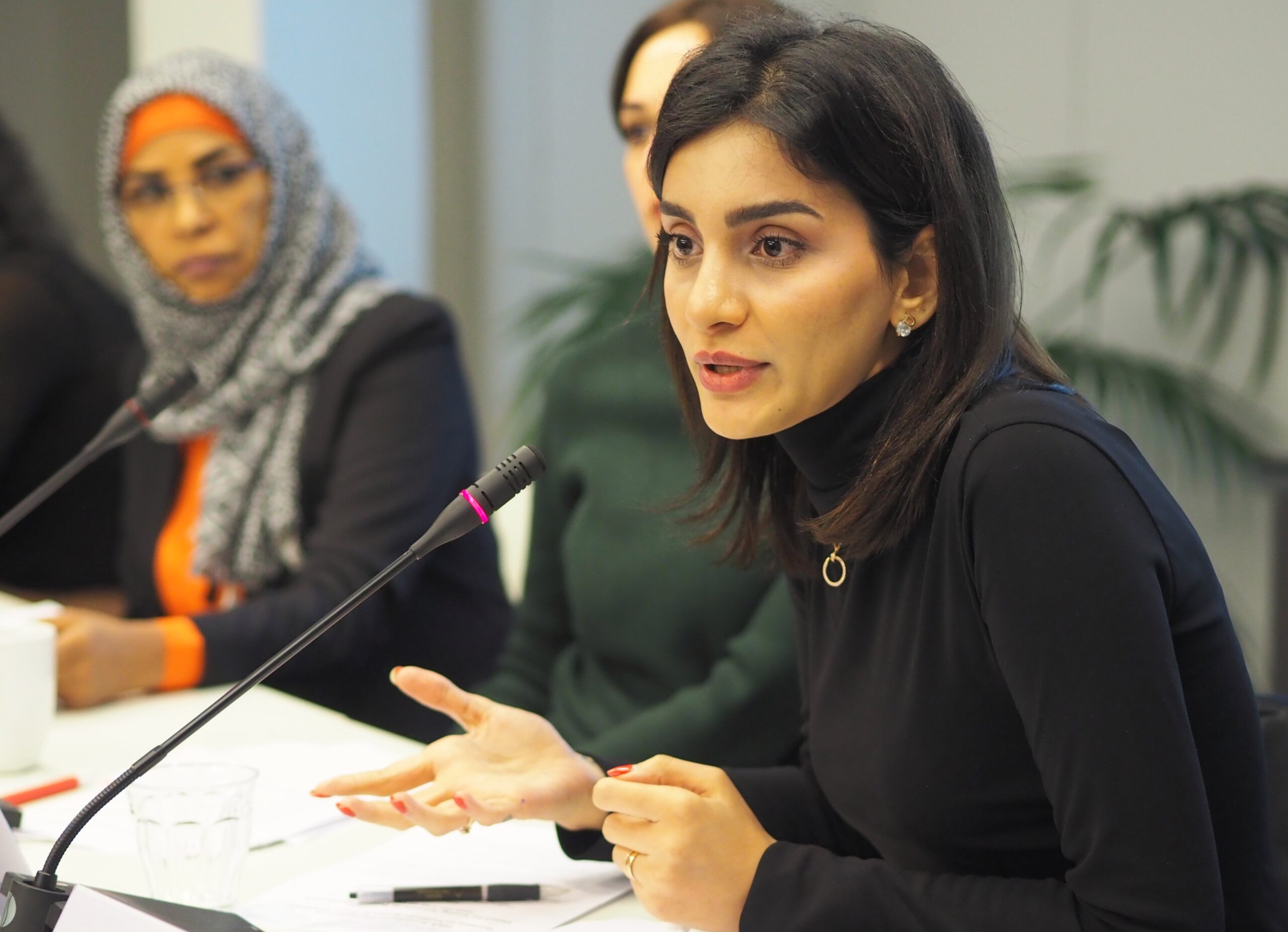 Nilofar Ayoubi from Afghanistan addressed both the importance and the risks of social media as a tool of protest movements. Picture: Anni Lindgren / CMI

The EU continues its support to conflict-driven areas

The EU has often highlighted the importance of supporting human rights and women’s rights in vulnerable regions. In the keynote speech from the cabinet of European Commissioner for International Partnerships Jutta Urpilainen, delivered by the cabinet’s Senior Expert Lora Borissova, it was emphasised that 70 percent of EU actions focuses on gender equality.

“Conflicts are always difficult for both men and women, yet the resolution often leaves out women. EU is committed to the goal that women and girls can exercise full participation.” 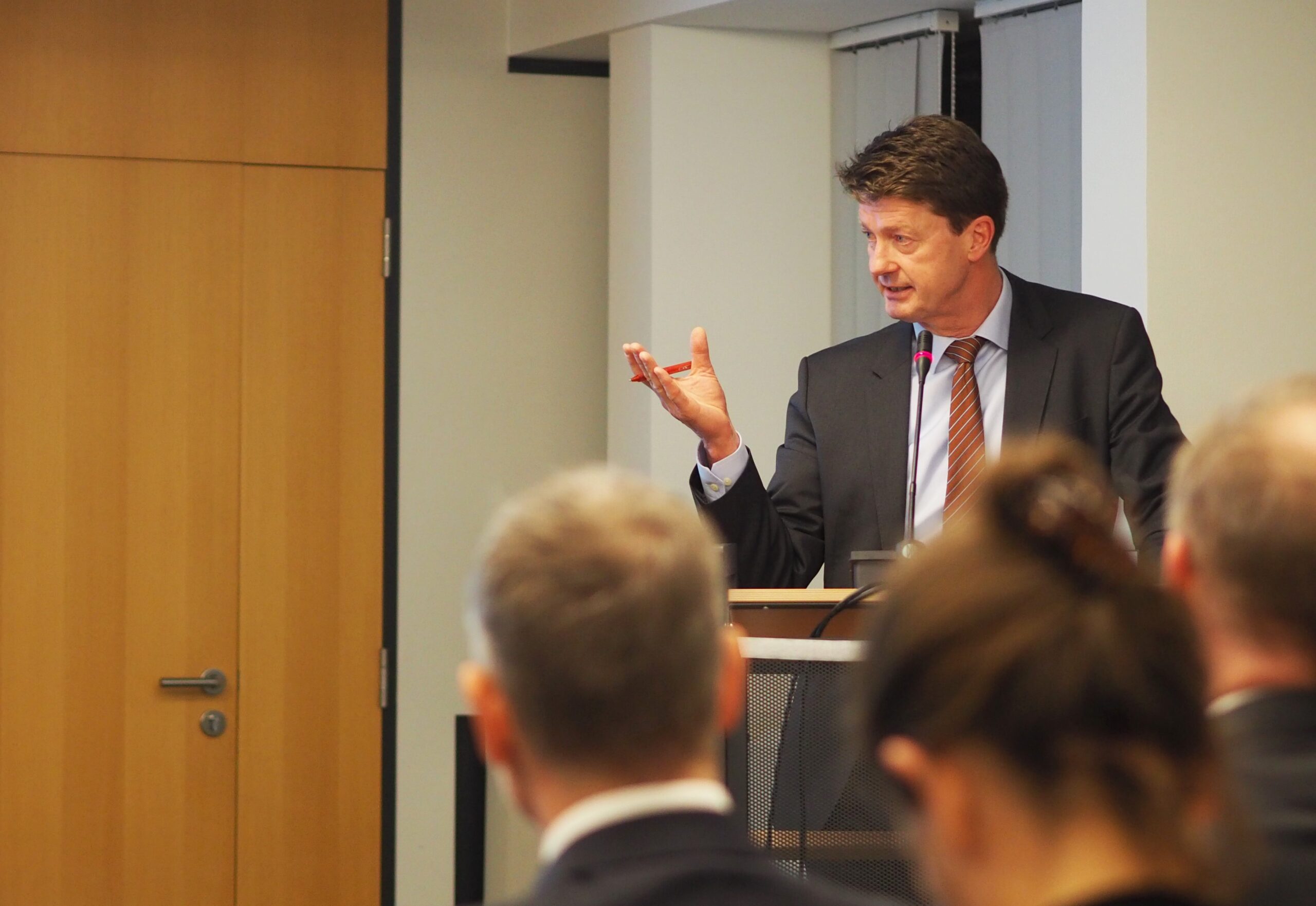 Ambassador Michael Lund Jeppesen made the concluding remarks of the event along with Ambassador Juha Ottman. “We must invest in women”, Lund Jeppesen noted. Picture: Anni Lindgren / CMI

Political and Security Committee (PSC) Ambassadors Juha Ottman and Michael Lund Jeppesen from Finland and Demark respectively concluded the event with lessons learned from the profound conversations. Ambassador Ottman highlighted that “social media is a platform where women are targeted”, and that this is something that needs to be taken seriously and be tackled also in the EU.

“Inclusion goes beyond increasing the number of women in peace negotiations. We must invest in women”, Ambassador Lund Jeppesen said.