The potential of Virtual Reality for peace mediation

On 5 November 2020, two member organisations of the CyberMediation Network – CMI and DiploFoundation – convened a closed-door roundtable on Virtual Reality (VR) and armed conflict mediation. During the session, around 20 VR experts and humanitarian practitioners explored the following questions: How can peacemakers apply VR? What can mediators learn from the use of VR in the broader humanitarian field? What are the current limitations of using VR, and how can they be addressed? This article summarises the roundtable’s discussions. 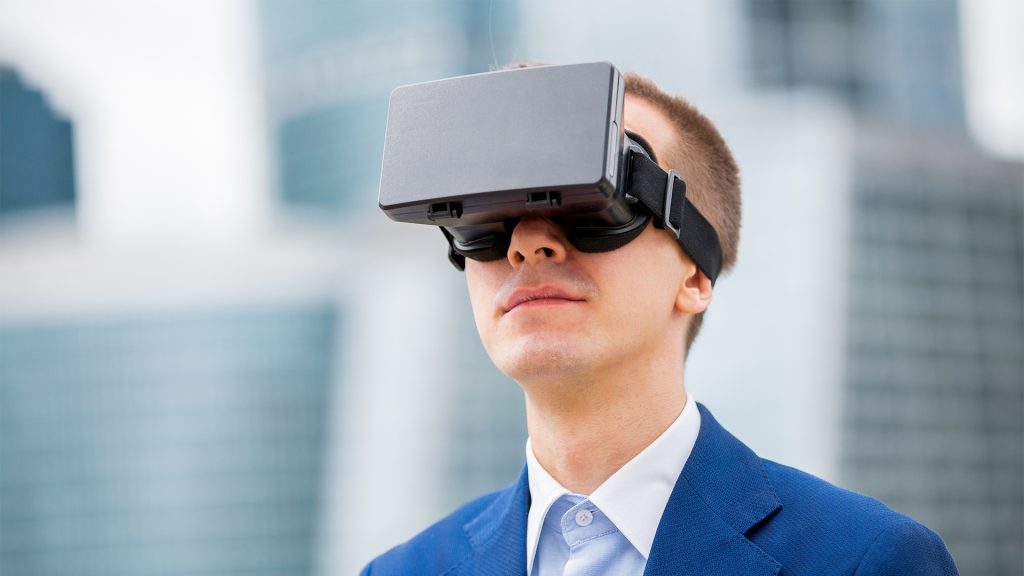 The question of the definition of VR was debated. One participant described it as a ‘two- or three-dimensional 360-degree experience, either real or fictional’, while another participant used a narrower definition, describing VR as being computer-generated, thus excluding videos captured by 360-degree cameras. A third participant described VR as being an immersive virtual experience, either computer-generated or being 360-degree videos. Another participant noted that the definition of VR should extend to what gives a sense of experience, i.e. providing context and a feeling of ‘being there.’ Thus, VR could also be available on desktop computers, as research has shown that the experience is similar to the one when using a VR headset, in particular in terms of how appearances affect how people behave. One participant concluded that, as long as the story is compelling, there is no significant difference between using VR headsets and screens. There is no need for VR to be photorealistic. For example, human brains are quickly tricked while playing video games. It is, therefore, important to develop VR tools which can also be used with less high-tech hardware, such as smartphones, instead of powerful computers and headsets

‘VR will never replace face-to-face meetings,’ a participant added. While it can be a big-picture aspiration, at this stage, VR is not the ultimate peacebuilding tool. It is often seen as incredible technology, but it remains a tool, and ‘one should not VR everything.’ One participant concluded that there needs to be space for failure when developing VR tools, as the first versions of such tools are likely to be imperfect.

This being said, VR applications for peacemaking could be divided in two categories, a participant explained: before a negotiation, and at the negotiation table. Before a negotiation, VR could be used: as a training tool for mediators (teaching them how to mediate before the actual process begins); to educate conflict stakeholders and donors; to teach about past mediations; to raise awareness on conflict issues on the ground; and to prepare parties for face-to-face mediation before a process begins. At the mediation table, VR could be used to: host mediations (although the technology does not appear to allow such application yet); change the user’s perspective to positively impact  the emotions and mental perception of a situation (to help users understand how they come across to others and what the parties are saying); and to bring the perspective of civilians to the table (which would lower security risks for them). In addition, one participant wondered whether one could use VR for disarmament, demobilisation, and reintegration (DDR) and security sector reform (SSR), explaining how demobilisation can be conducted, thus affecting the motivation of parties to undergo such processes. Examples mentioned included: the project Meet the Soldier, which allowed tribal leaders in Uganda to virtually visit the homes of their counterparts, helping to humanise them and develop empathy; BeAnotherLab, a VR system designed to experience the world from the perspective of another person; and The Enemy project, which allowed users to ‘meet’ conflict parties from El Salvador, the Democratic Republic of the Congo, Israel and Palestine.

What can mediators learn from the use of VR in the broader humanitarian field?

In the humanitarian field, VR has been used to create videos, 360-degree videos, simulations, and single-player and multiplayer VR simulations, although most current uses of VR are single-user experiences. VR has been used for a variety of purposes, from training, to fundraising and education, focusing on diverse topics, including sexual violence, health and water problems.

An important question is whether this technology should be developed by a third party (the out-of-the-box option) or internally. It was noted that developing such technology internally can be initially expensive as it requires hiring individuals with highly specialised skills. As more tools are created, simulations can be developed faster. Humanitarian actors can also have an interest in owning simulations’ copyrights, or to be able to share it for free and make it available to other organisations. Other options could include collaborations with the private sector.

In terms of advantages, it was underlined that VR allows the removal of elements which can be politicised, such as a person’s origin or gender. This enables users to focus on the messages and training. Keeping religion, culture, and politics out of VR trainings is often important as they are often sources of conflict, except when the point of the VR tool is to better understand a culture or religion. One participant commented that it is difficult to keep the source of conflict out of a mediation process, or any other process attempting to resolve the conflict.

Another advantage of VR is the use of avatars, which can hide who the user is (anonymity), which can help people express themselves more freely, and potentially removing judgement. In The Distance Between US (see also here), all users’ avatars were the same, thus levelling the playing field in terms of appearance. In that particular application, it was noticed that women in VR were more willing to engage in a combative conversation, while in the real world, their way of interacting was different. While masking physical appearance can play a positive role, it was advised to use real, authentic-sounding voices. Multiple participants agreed on the importance of sound for an immersive experience. One participant even said that VR is much more an auditory medium than a visual one.

Small changes can have a significant impact on the experience. For example, the decision of where to place the camera in a VR experience affects the level of empathy of users. Similarly, the more head movements are required during the experience, the more people tend to be engaged, and there tends to be a greater benefit compared to more traditional forms of experiences. In addition, the ‘scaffolding’, the role of the person placing the user in VR (before, during, and after), is particularly important as this is where the relationship of trust is established, and determines how people behave in the VR environment.

Referring to a TED talk in which Chris Milk coined the term the ‘ultimate empathy machine’, one participant underlined the need to be careful when it comes to empathy, as there are different forms of empathy. Another noted that empathy, a highly controversial term, includes both cognitive and emotional empathy. That participant added that, between perspective-taking, prosocial behaviour and empathy, VR experts underlined that the latter was less likely to be stimulated by VR.  While VR can help instantly in establishing a strong sense of intimacy, it can also have very divisive results in the people using it.

When participants compared VR and Zoom, it was noted that Zoom is a negative example of a VR experience, as users cannot move, and multiple people cannot speak at the same time, while this is feasible with high-fidelity 3D sound. Another difference which was noted was synchrony, as the time delay on Zoom is too long to establish an emotional resonance between participants.

Other pitfalls were mentioned. VR can be too immersive, resulting in some users experiencing anxiety for example, requiring to reflect on how suitable the content is for a particular context. Similarly, VR has very divisive results for users, which very much vary. Some see this type of technology as ‘evil’ and don’t even want to be seen on camera, so there are still important hurdles to overcome. Participants also noted that VR tools might not be accepted by users, no matter how much work is placed in their development. One therefore needs to think carefully about the context and the potential users before deploying such technology. VR is not a standalone technology, and it needs to be carefully embedded into a broader context and dialogue, and integrated into other practices.