Bengt Holmström warns of the fallout of the corona crisis and climate change: “Peace work has become even more important”

Bengt Holmström, Nobel laureate in economic sciences and a long time supporter of CMI , stresses that providing support to developing countries amidst destabilising crisis in everyone’s interest. “The world must remain as peaceful as possible and developing countries must thrive if the rest of us are to fare well in the long run.” Holmström believes that the world will wake up vigorously to climate change. To mark CMI’s 20th anniversary, we are interviewing influencers who have been with us on our journey. 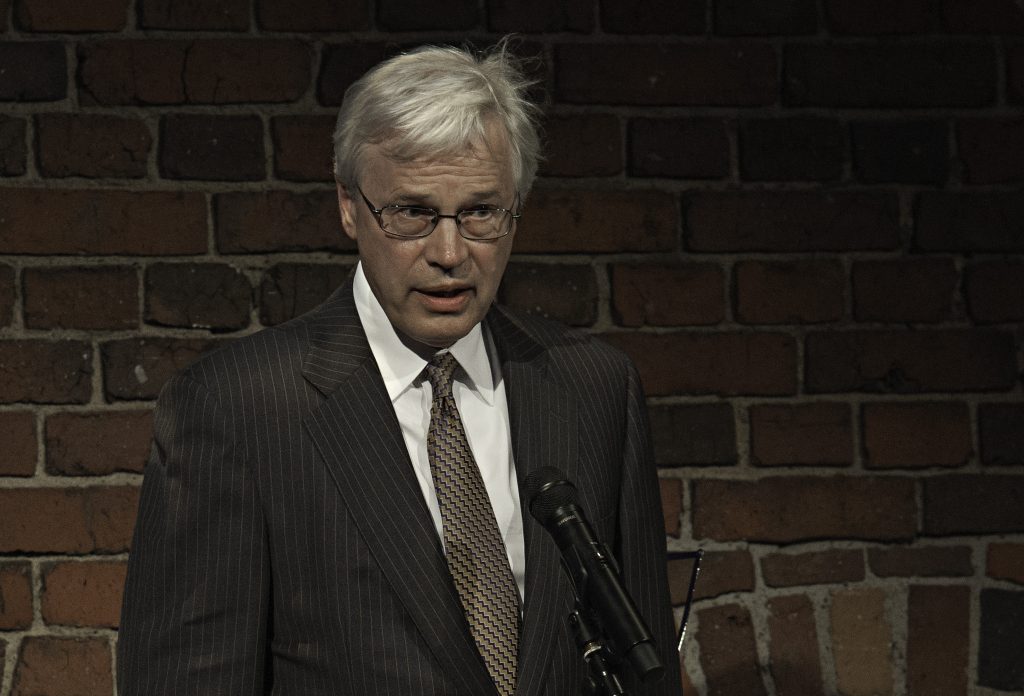 Holmström points out that CMI’s experience of how the other side should be listened to is useful in the Covid-19 crisis. ““As the example of the US shows, amidst this crisis, it can easily be that conflicts deepen instead of people coming together to fight the virus.”

Bengt Holmström was busy last spring. He took part in a working group set up by the Ministry of Employment and the Economy and the Ministry of Finance to prepare an expert assessment of the impact on the Finnish economy of the Covid-19 pandemic and the restrictions arising from it.

The pandemic took the world by storm during the early part of the year.  Its epicentre has moved from one continent to another with unforeseen speed. The situation now in many parts of the US is particularly grave. Holmström lives in Boston, Massachusetts, but he describes the situation there as easing off as various lockdown restrictions are lifted. And yet fear of infection continues to curb economic activity, especially in the service sector where close personal contact is hard to avoid.

There’s also been an impassioned social debate playing out across the US this year.

“The US is fiercely divided politically. You hardly see any bipartisan legislative initiatives. The division is also clearly apparent in the news media. Fox News and CNN are blatantly biased. Domestic news coverage has become mainly an affirmation of viewpoints. For his part, President Trump has inflamed the atmosphere by highlighting the painful antagonisms stemming from the Civil War.”

These divisions have only widened amidst the pandemic. The Black Lives Matter movement has mobilised millions of  people and there is confrontation around the November presidential election. Holmström believes that the pandemic has been as a partial stimulus for social mobilisation. “It’s no coincidence that this is all happening at the same time now.”

Consensus building across the dividing lines is tough. The r election is likely to only reinforce divisions, no matter the outcome.

“Both sides are equally convinced that the opposite side is totally wrong. In peace mediation, President Ahtisaari considered respect for all parties to be an important principle. Unfortunately, this is not possible on the political stage,” says Holmström.

Economists have become accustomed to turbulent crises in recent years, but they were completely taken aback by the strong economic toll of the corona pandemic. But they were able to respond quickly to the new situation. The central banks took massive measures to increase the money supply, drawing on lessons from the financial crisis. Instead of traditional stimulus measures, urgently needed support schemes were created for workers and companies so as to mitigate the effects of economic collapse.

The Spanish Flu pandemic of 1918-20 provides the closest point of comparison to the Covid-19 pandemic, but it did not spark a financial crisis.

“This is easier to understand in hindsight. In today’s world, the proportion of essential consumption out of total consumption is in relative terms much smaller than it was a hundred years ago,” explains Holmström. “Quite a large part of consumption is taken up by services. We can manage well without them in an emergency, while in terms of the spread of the disease they constitute a threat.”

Empirical research suggests that fear of the disease has been a determining factor in the fall in consumption. Restrictions have had less of an impact.

The collapse in the use of services has hit the lowest paid workers the most, comparatively speaking. This may lead to an increase in income disparities, especially in countries with weak social safety nets, such as the US.

Developing countries must be supported amidst the crisis

The economies of developing countries are especially vulnerable to the impacts of the pandemic. Over the last thirty years, poverty in the world has decreased significantly, but with the Covid-19 crisis millions of people are at risk of falling back into poverty due to the shut-down of the world economy.

“Now, as the world is increasingly retreating into its shell and people are focused on safeguarding their own basic needs without relying much on world trade, this will certainly be reflected in the situation of developing countries,” says Holmström.

“The financial distress of developing countries should be helped by extending or reducing loans. Loans can also be rescinded through the IMF.”

He emphasises that a pandemic is a problem for all countries. Developing countries struggling amidst economic hardship that are too weak to fight a pandemic constitute a global hazard, triggering instability. 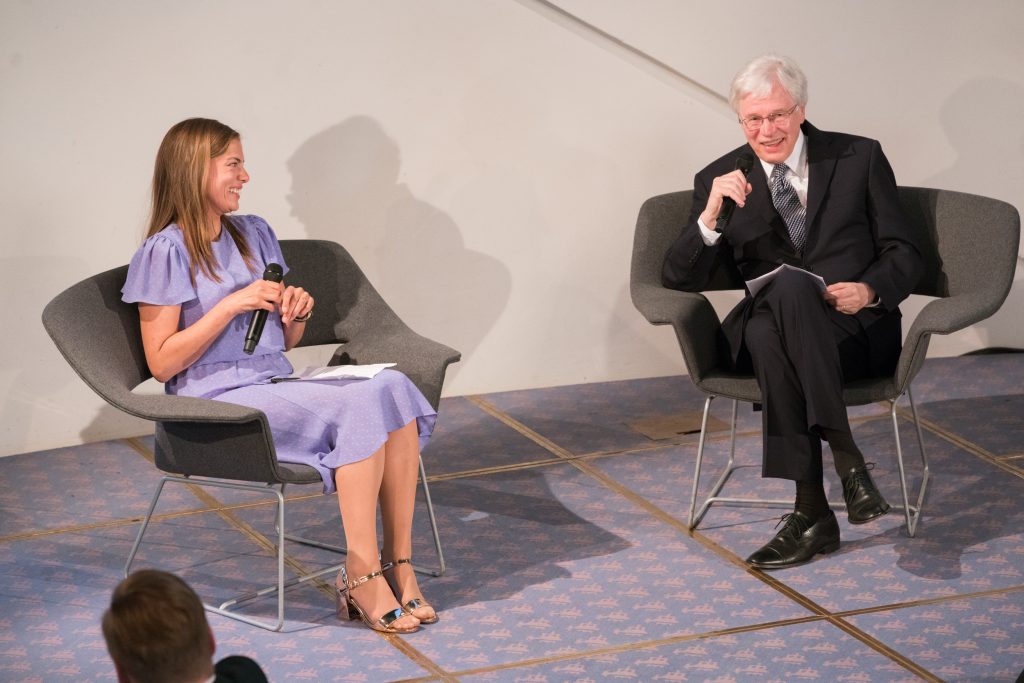 “If the climate starts to change, it also means that people will start moving around. And this could exacerbate many already difficult situations”, Holmström notes. Holmström pictured here together with entrepreneur Henrietta Kekälainen at President Ahtisaari’s 80th birthday event in 2017.

The art of listening to the other side highlighted

Presidentti Ahtisaari has created a sound basis for CMI, enabling others to build on it and thus continue the work of the organisation . Holmström has known Ahtisaari for a long time and has also supported CMI’s work for years.

For Holmström, support for conflict resolution is a no brainer. “The world is in a difficult situation right now, and peace work has only become increasingly important.”

He says that he greatly appreciates President Ahtisaari’s life work and principles.

“I support CMI for moral reasons, but also for selfish reasons – the planet needs to remain as peaceful as possible and developing countries must thrive if the rest of us are to fare well in the long run.”

He points out that CMI’s experience of how the other side should be listened to is useful in the Covid-19 crisis.

“As the example of the US shows, amidst this crisis, it can easily be that conflicts deepen instead of people coming together to fight the virus. Controlling the disease requires the greatest possible cooperation between both intra-state and transnational actors. CMI knows more about this than many others.”

We talk about the Covid-19 pandemic as a crisis, but it’s by no means the only one we face. The climate crisis is generating instability throughout the world, and is already hitting fragile, conflict-prone countries the hardest. In recent years, climate change has only accelerated, and the global climate movement has increased to counter the threats it poses.

“If you look at history, then the threats posed by climate change are enormous in terms of security policy. If the climate starts to change, it also means that people will start moving around. And this could exacerbate many already difficult situations.”

The international community has sought to create common ground to slow down climate change. With the recent withdrawal of the US  from the Paris Climate Agreement, it has become obvious that it is extremely difficult to promote large-scale international climate action within the current global political context.

“An agreement among all countries may be an unrealistic way to get started here. But agreements could be reached at a lower level and in smaller configurations. At the moment, for example, the US as a whole cannot be included, but individual states might be interested. ”

Holmström proposes that some states could lead by example and share good practices, thereby involving others.

He believes the world will wake up vigorously to climate change, and that smaller initiatives could bring about bigger change.

“I am optimistic in this respect, even if the world situation right now looks worrying.”