Peace Notes continue with an interview with CMI’s Project Manager Natalia Djandjgava, who is based in Chisinau, Moldova. She has been working for CMI since 2015, and is responsible for overall management of the Gagauzia Dialogue project, while also leading the Gagauzia Parliamentary dialogue process. 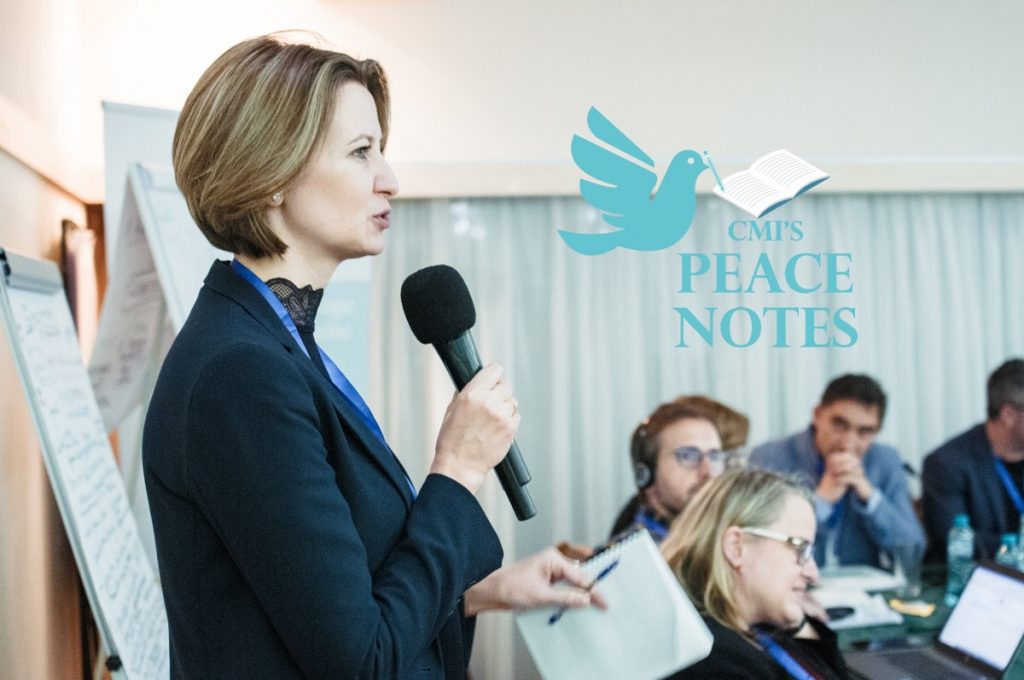 In addition to CMI’s headquarters in Helsinki, CMI has other smaller offices in the regions we work in. One of the larger ones is in Chisinau, the capital of the Republic of Moldova. CMI has a team of experts there, working mainly with the Gagauzia Dialogue project.

Natalia Djandjgava is one our experts in Chisinau. She has been working for CMI since 2015, and is responsible for overall management of the Gagauzia Dialogue project, while also leading the Gagauzia Parliamentary dialogue process.

In 2015, CMI, with funding from Sweden, launched a dialogue process between legislators from the Parliament of the Republic of Moldova and the People’s Assembly of the Autonomous Territorial Unit (ATU) of Gagauzia. CMI provided its good offices to the Parliamentary Working Group, where legislators from the centre and the autonomous area work together to devise solutions to common problems.  Since then, Working Group members have developed their dialogue and mediation skills. They have also gained technical knowledge about how European autonomous areas function, as a result of events facilitated and coordinated by CMI.

“We have seen that this dialogue process has led to positive changes in social and economic spheres, for the people of Gagauzia and Moldova as a whole”, says Natalia. “For example, the group has issued more than forty joint decisions, which have resulted among other things in the Action Plan on Socio-economic Development of Gagauzia 2016-2019 adopted by the government, and the establishment of the Gagauzia Agency for Regional Development, which enabled a number of investment projects to be run in the autonomous region.” 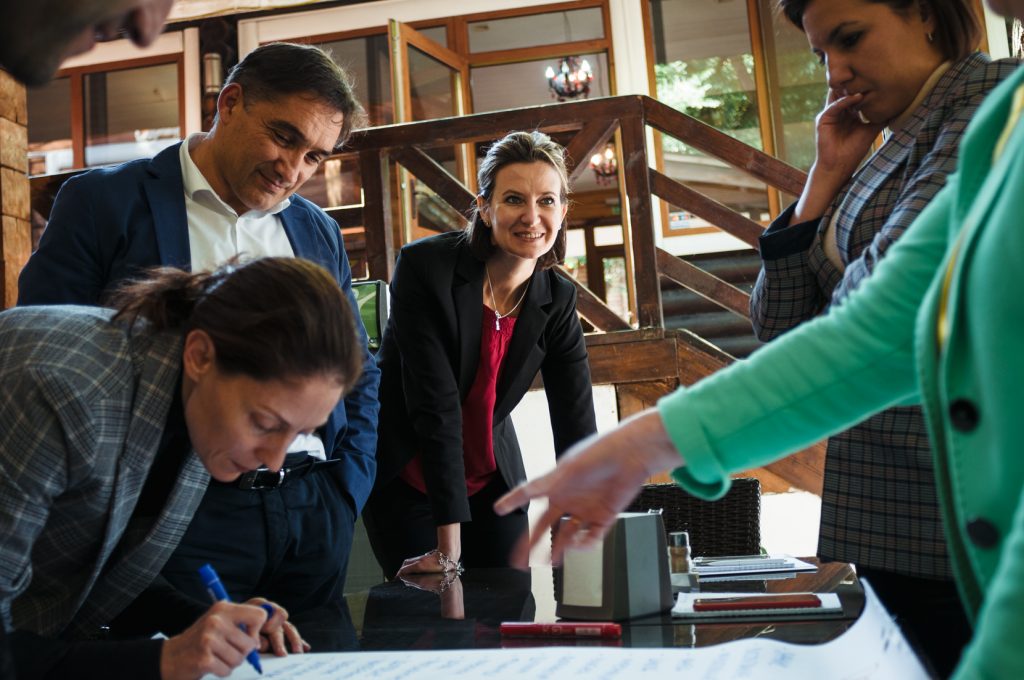 “We have seen that this dialogue process has led to positive changes in social and economic spheres, for the people of Gagauzia and Moldova as a whole”, says Natalia (in the middle).

Peer support has been highly visible at CMI during the global pandemic. “I’m not talking only about the work, but also online social meetings with colleagues, which have been very supportive. Especially at the beginning, when we all were adjusting and learning how to work in these new virtual and remote realities”, explains Natalia.

This spring, different teams within CMI have been sharing their experiences and lessons learned with each other. This has been particularly valuable, as our teams have been facing fairly similar challenges, despite working in different contexts. Flexibility and responsiveness in this new and challenging environment has been crucial. “Everyone has been very responsive in adapting to these new processes and then sharing them with others”, observes Natalia.

“There is a strong commitment and sense of professionalism in the work we’re doing”.

“Face to face interaction is vital”

As many have found, one of the biggest challenges for Natalia and the team during the pandemic has been the lack of face-to-face meetings that are essential for trust-building in dialogue processes.

Before the Covid-19 pandemic, the team would often travel to Comrat, the capital city of the ATU Gagauzia, and dedicate one day for informal meetings with the Parliamentary Working Group members. “When you bring people together you provide a safe space for discussion, and that makes it easier to find solutions to many controversial questions”, says Natalia. Now they hold several smaller online meetings for the group instead. 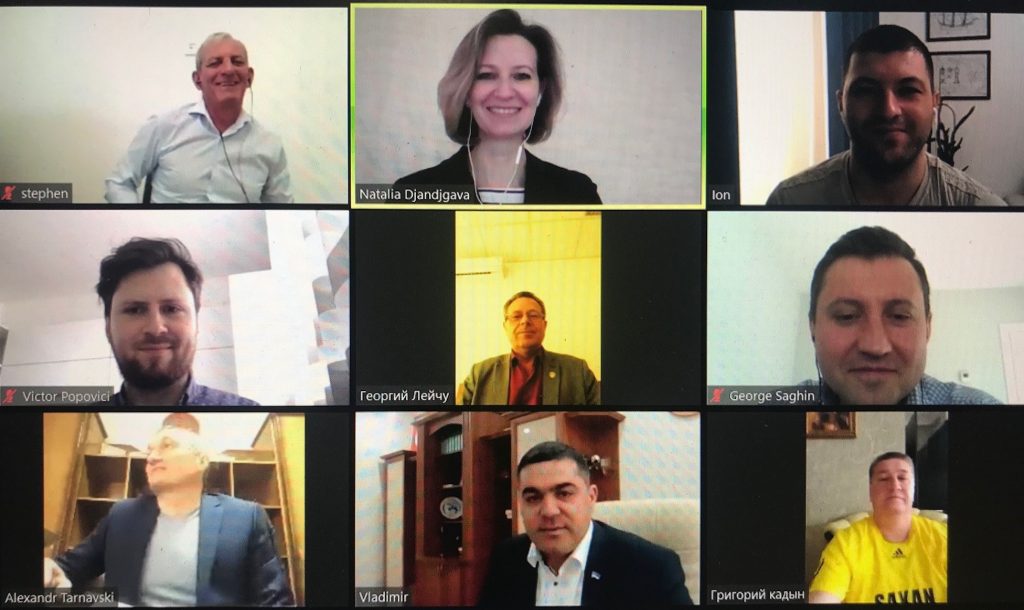 “Despite the challenges, we continue convening and facilitating group meetings using online platforms. Even though it differs from face to face interaction, we have found a ‘recipe’ for online engagement with the group.”

She says that two hours is an optimal time for a meeting to provide enough time for meaningful discussions and interaction to take place among the group members. The frequency of the meetings has significantly increased, since there are a lot of issues on the agenda of the Working Group that require attention and facilitated discussion.

Building dialogue between the sides is more challenging using only virtual means. “Face to face interaction is vital”, Natalia adds. The working group has already started discussing their next meeting outside the virtual world, even though they don’t yet know when this will be possible.

The state of emergency in Moldova ended in mid-May, but there are still many restrictions in place. Wearing masks and gloves in closed public places is mandatory and all cafes and restaurants will remain closed until the end of June. Exercise in parks is allowed for groups of no more than three people. Moldovans are looking forward to getting back to their daily routines and normal way of life.

“Even though we all recognise that those routines won’t be the same as before the crisis”, Natalia points out.

Peace Notes is CMI’s new series of short accounts of CMI staff in different regions. In each article a staff member describes their work and how the global coronavirus pandemic impacts the situation they work with.