As a sign of a new era, CMI’s longtime Senior Advisor Nureldin Satti has been appointed as Sudan’s first ambassador to the US in more than 20 years. Satti says that if Sudan can transition successfully to democracy after 30 years of authoritarian rule, it will set a good example for other African countries that are emerging from conflicts. 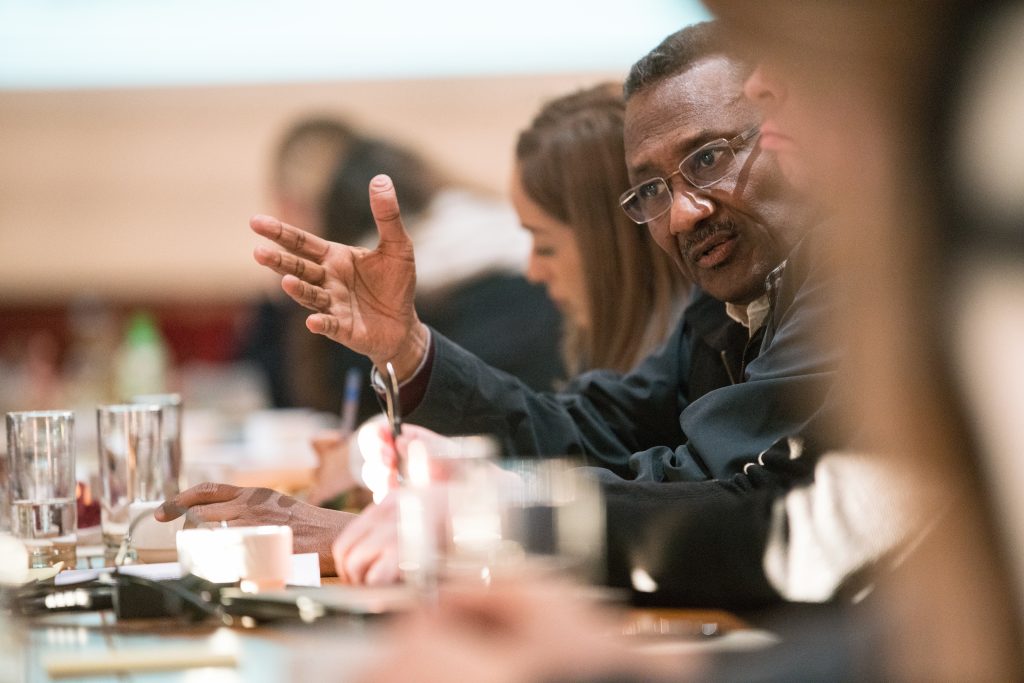 It all started in December 2018 when Sudan’s people took to the streets to protest against rises in bread prices amid deteriorating economic conditions. With slogans calling for freedom, peace and justice, the protests quickly turned into demands for the autocratic president Omar al-Bashir to step down.

The government responded with brutal force, but in April 2019, after months of mass protests, the military ousted al-Bashir.

Now Sudan is moving towards democracy and a more prosperous future after 30 years of al-Bashir’s authoritarian rule. The transitional government, formed of civilians and military, has promised elections and civilian rule for 2022.

One of the changemakers in this transition is CMI’s Senior Advisor, veteran diplomat Nureldin Satti. Sudan recently appointed Satti as its first ambassador to the US in more than 20 years. The exchange of ambassadors is a further sign that a new chapter has been opened in relations between the two countries.

“For the last 30 years, Sudan-US relations have been quite complicated, at times even hostile. But since the revolution things have changed considerably. There is now more trust between the two countries and more alignment in their approach to issues. So I am looking at this new assignment with much excitement. I am aware of the challenges, but also confident that with this new spirit between the two countries I will be able to contribute positively to building more constructive relations,” says Satti.

“The armed groups are partners in Sudan’s change”

According to Satti, the US has said it’s ready to support the transition in Sudan “in all possible ways”. Help is needed as the country faces the enormous challenge of instituting reforms.

“Having gone 30 years in the wrong direction, it is going to take a lot of time, energy and resources to put Sudan back on track”, Satti explains.

In particular, Sudan needs help in rebuilding its economy, crippled by years of corruption and mismanagement. The spread of the coronavirus highlights the need for additional economic resources.

The transitional government has asked the US to remove Sudan’s name from its list of state sponsors of terrorism, something that would allow Sudan to obtain financing from the International Monetary Fund and World bank and to receive debt relief under the Heavily Indebted Poor Countries (HIPC) initiative. 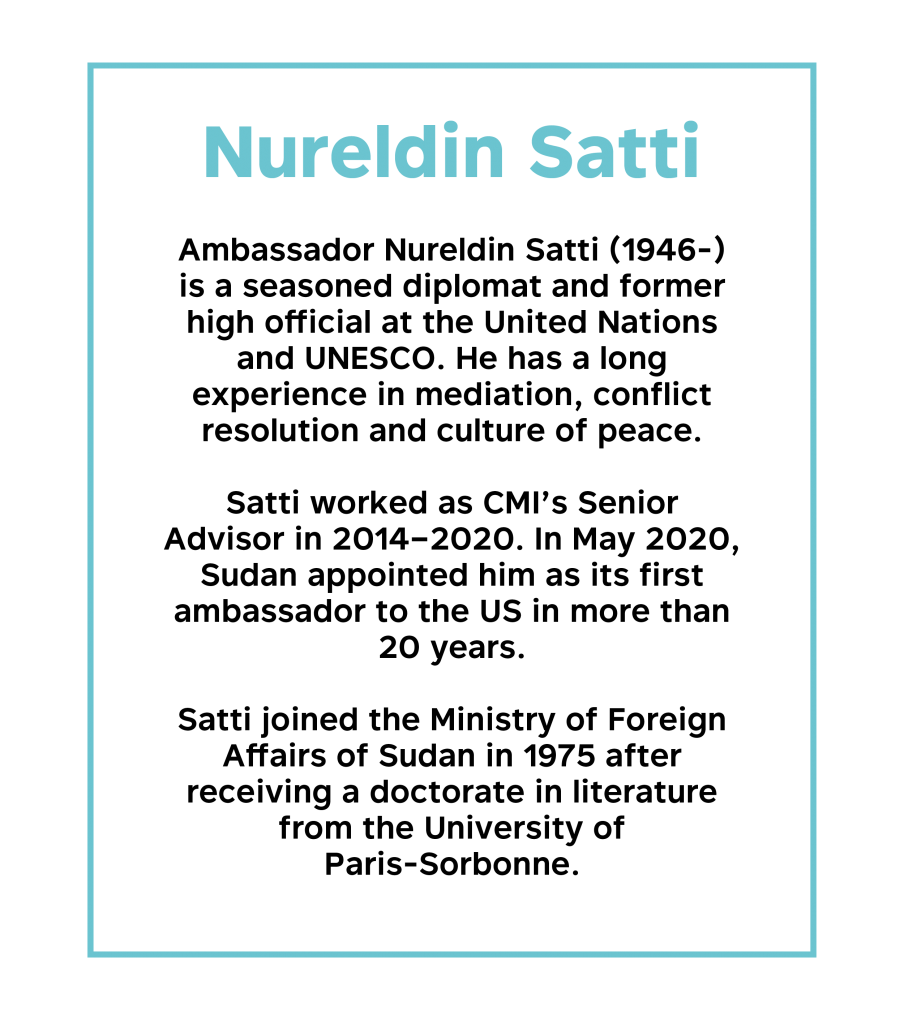 Sudan needs support also in the other changes deemed critical to the country’s future stability. The different security forces and armed groups need to be unified under one command. The government is taking steps to resolve the country’s internal conflicts with various rebel groups. All key armed groups have agreed to a cessation of hostilities, but negotiations for a comprehensive peace agreement are still underway.

“We have been able to build trust and good political will together by saying that we are all moving in the same direction. The armed groups are partners in Sudan’s change. We don’t consider ourselves as two sides at the negotiating table,” Satti points out.

He emphasises that peace is not only the absence of war.

“Marginalisation, injustice, discrimination, and the misallocation of resources are at the root of this conflict. We need to build a new Sudan on a new basis.” 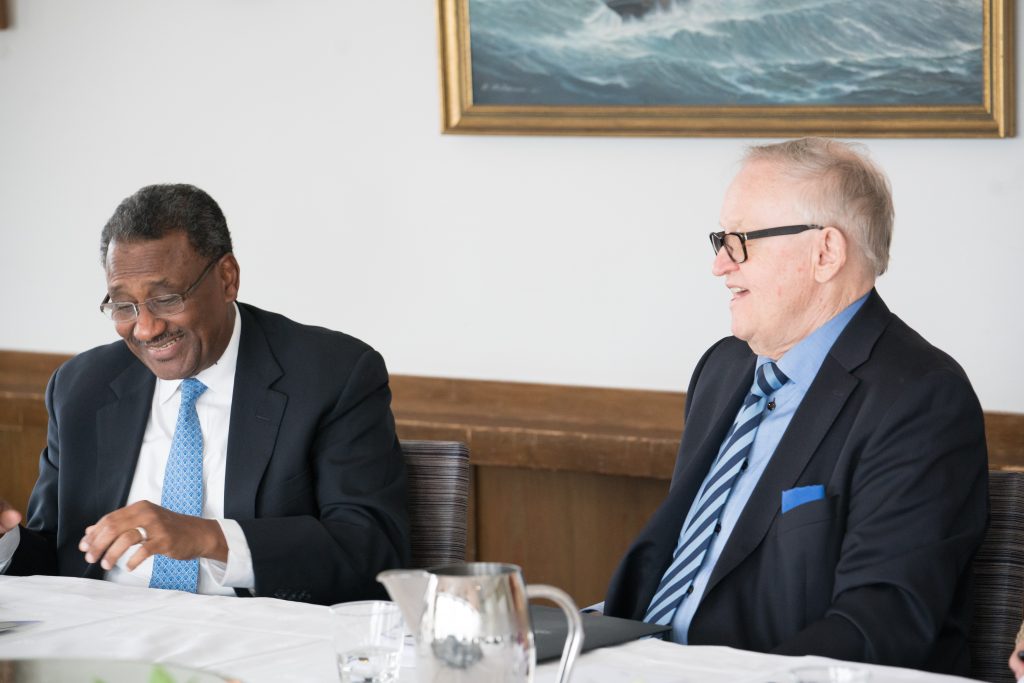 Sudan can create a model for the continent

Satti says that the military, politicians, and citizens now need to build consensus to put in place all the necessary reforms to enable a successful transition. One of the key questions concerns the willingness of the old military establishment to support real change.

“Sudan has tried democratic rule three times in the past, but in vain. This time we hope to do it the right way.”

Sudan is one of Africa’s largest countries and strategically located. The country’s successful transition would benefit Africa broadly, Satti emphasises. He sees the change in Sudan as part of the democratisation process that started in Africa in the 1990s.

“The consolidation of democracy in Sudan would be good news for the continent and comes at a phase of general emancipation. If we emerge from years of instability and internal wars and consolidate peace and stability, it would be a good model that could be emulated by other African countries that are on their way to emerge from conflicts.” 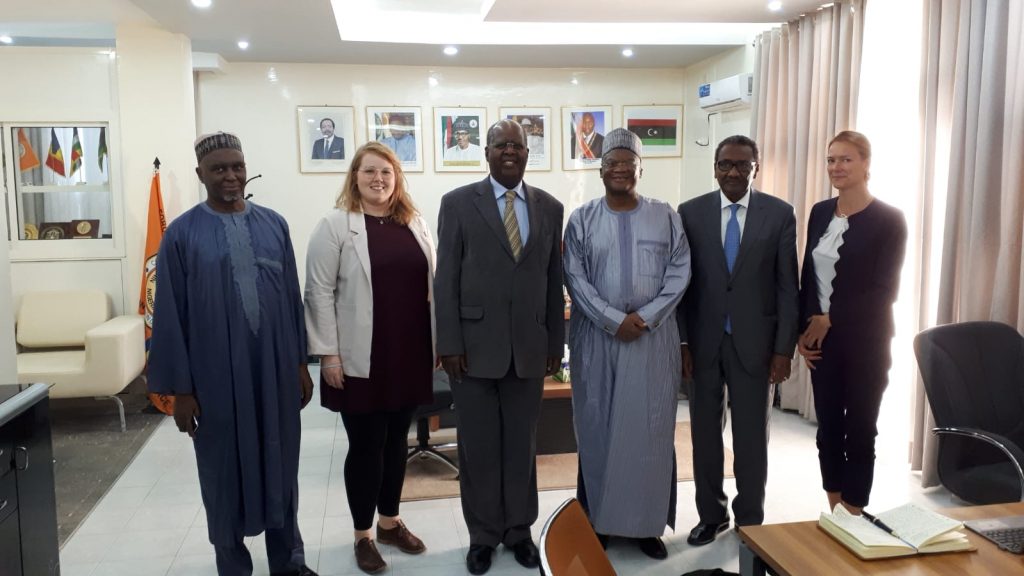 Many guns have been silenced in Africa

2020 provides a good opportunity to reflect on the state of conflicts in the continent.

In 2013, African leaders committed to silencing the guns and ending all wars and conflicts in Africa by the end of this year. This goal of the African Union (AU) will clearly not be achieved so soon as the continent still suffers from many protracted conflicts.

“I wouldn’t consider this as a failure. Africans are aware that it is not realistic to achieve the goal within this time frame,” says Satti.

Despite many ongoing conflicts, there is a trend towards peace. The role of the AU and sub-regional organisations in building peace has grown. In particular, the organisation is now able to engage in a broad range of peace efforts, from conflict prevention and mediation to peacekeeping and post-conflict reconstruction.

“Many guns have been silenced, and many guns remain to be silenced. But I am confident that, within the AU itself and within African states, there is an increasing awareness that we need to work together towards that goal” says Satti.

One region of growing concern is the Sahel, where the violence carried out by armed Islamist groups has reached an unprecedented level. Governments have responded to the extremist threat mainly by military means.

“Military operations are needed, but they are not enough,” says Satti. “No conflict situation in Africa or elsewhere in the world can be solved by military means alone. You need to have political solutions that tackle the root causes of conflict.”

The cases of Sudan and the Sahel reinforce the growing consensus that the best long-term solution to conflict is improved governance that would serve people’s needs. In the Sahel, the long-standing governance deficit has provoked anger and frustration. These feelings are exploited by armed groups. 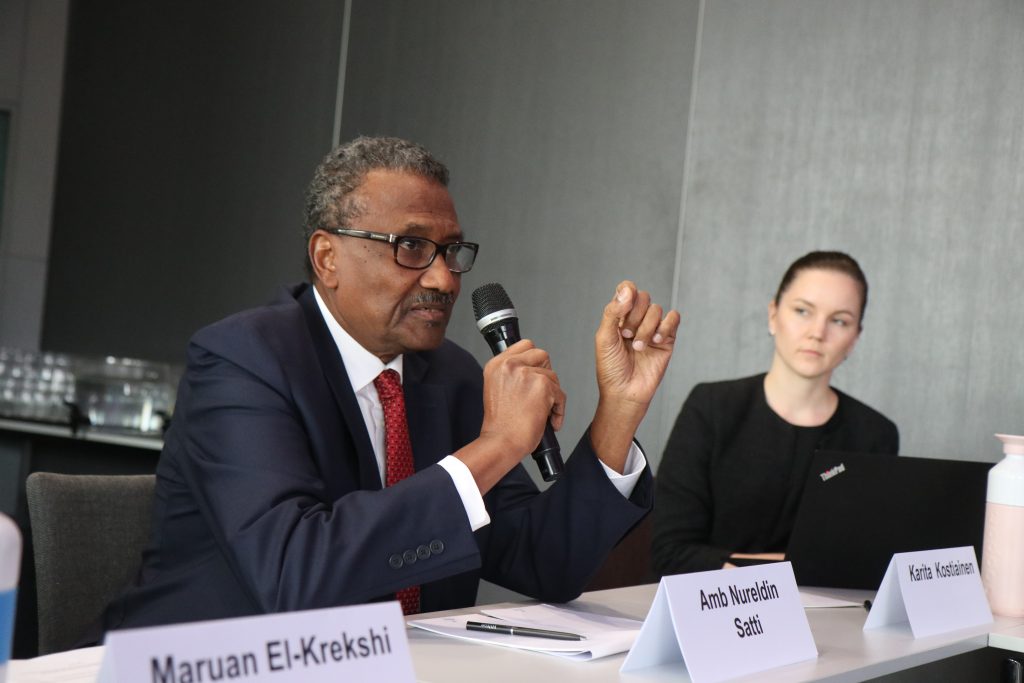 “What is happening in Sudan is a major turning point, also for the whole region. The change is much deeper than just political. The culture and mindsets are changing”, Nureldin Satti said on CMI’s Africa Strategy Meeting in October 2019. Photo: Olli Puumalainen.

“The Finnish spirit has made CMI a strong organization”

Since 2014, Ambassador Satti has played an important role in CMI’s various peacemaking efforts, particularly in Africa but also in the Middle East. The projects range from supporting the AU and sub-regional organisations in their mediation efforts to promoting reconciliation between different religious and ethnic groups in Iraq.

“I think we have achieved a lot. All of the projects have been well planned and executed in very difficult circumstances. It has been a privilege for me to work at CMI,” says Satti.

“Having worked alongside Ambassador Satti for nearly a decade, I am fully confident that Sudan could have no better representative to the United States at such an historic moment of transition. Ambassador Satti’s vast experience, as an international civil servant and his overall commitment to advancing a culture of peace, will serve his country well. We at CMI remain grateful for his wise counsel, foresight and friendship”, emphasizes CMI’s Director for Global Strategy Itonde Kakoma.

Satti thinks that CMI’s added value as an independent conflict resolution organisation lies in its “Finnish spirit.” This he sees as a combination of modesty, open-mindedness and willingness to help others.

“For me those are the things that have made CMI such a strong organisation, that is non-threatening to others, and that has been able to build constructive relations around the world.”

“This Finnish spirit is sometimes hard to describe, but you can live it and feel it. I encourage CMI to continue on the same path.”