CMI joins the campaign for global ceasefire: “Any window of opportunity for peace should be used”

CMI joins the campaign for global ceasefire to contain the corona crisis. We continue to support key conflict parties in reaching solutions that would last – even beyond the current crisis. 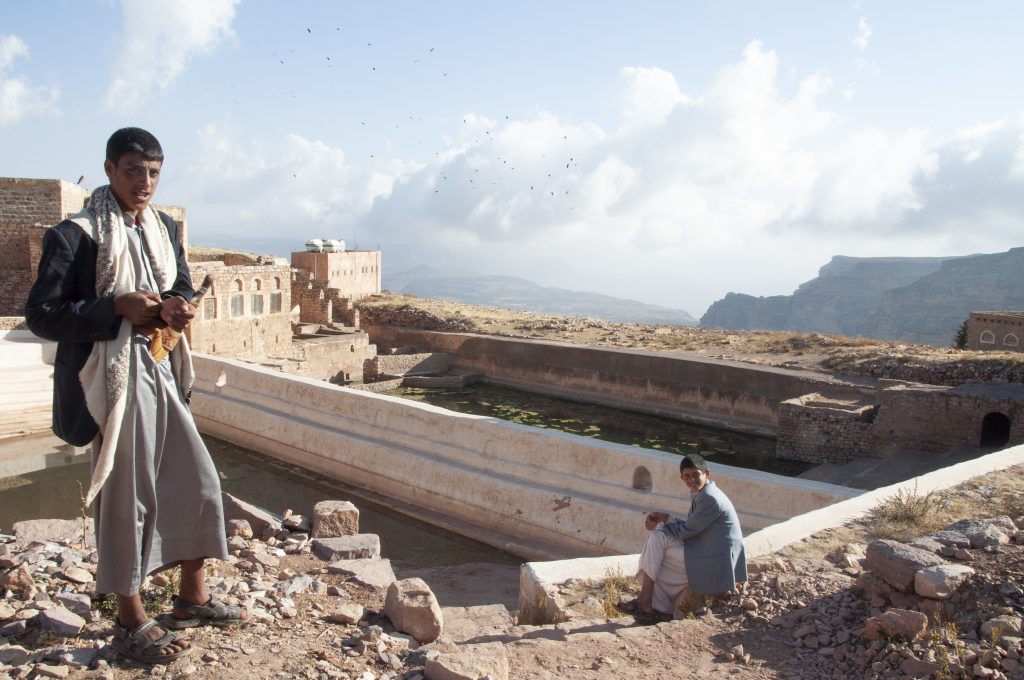 The Kawkaban Fortress in the north-western part of Yemen is one of many UNESCO world heritage sites that has been entirely destroyed by the war. Photo: Sylvia Thompson.

“It is utmost important that if any window of opportunity for a ceasefire and a peace agreement is identified, that should be used as it is – according to the statement by UN Secretary-General António Guterres – more important than ever”, says CMI’s Programme Director Ville Brummer.

UN Secretary-General António Guterres called for an immediate global ceasefire in all corners of the world on 23 March 2020. According to Guterres, at least 11 countries locked in long-term conflicts have responded positively to the appeal. In all, the call has been endorsed by some 70 countries and by 2 million people in an online petition.

As we can already witness, the corona crisis changes interests and positions of different parties to conflict, Brummer says.

“This includes both strategic calculations related to positioning vis-à-vis critical conflict questions as well as broader sentiment of political elites and populations. In some cases, the corona crisis may provide an opportunity to sell the idea of peace to broader constituencies – the key challenge that negotiating teams are constantly struggling with, and in some cases, to put pressure on practical cooperation around health issues. This may serve as a useful confidence-building measure for the conflict parties to build more long-term peaceful cooperation.”

According to Brummer, the corona crisis has also shown the value of functional governance structures and resilient societies, both of which are cornerstones of nations that only long-term peace can provide.

Brummer draws a parallel between the Asian tsunami and the current crisis. In 2005, the devastation caused by the tsunami changed something in the minds of the people in Indonesia and in the province of Aceh, and provided a window of opportunity to jointly explore the benefits of peace in the aftermath of tsunami and even beyond. The peace agreement, ending 30 years of violence between the government of Indonesia and the Free Aceh Movement (GAM), was mediated by President Martti Ahtisaari and CMI.

Yemen: Possibility of bringing the main conflict parties together

In Yemen, where five years of war have led to the world’s worst humanitarian crisis, the main conflict parties stated that they were in support of a nationwide ceasefire in late March. However, violence has escalated in recent days.

“The fighting has continued, which is quite normal immediately in advance of a ceasefire, but at least the idea of ceasefire has been positively received by many of the key actors. The Saudi-led coalition have announced a two-week unilateral ceasefire as of 9 April, and Ansar Allah have released their vision for a ceasefire. The conflict parties must now seize the opportunity and come together to restart a political process. But as the call for a global ceasefire and the parties stated commitment is fairly recent, we will need more time to see the results on the ground and whether or not it leads to the resumption of talks”, says Sylvia Thompson who manages CMI’s work in Yemen.

The UN Special Envoy for Yemen, Martin Griffiths, has asked CMI to pass on the message of halting violence to different key stakeholders, such as political parties and movements and tribal leaders. These stakeholders are also asked to advocate for a ceasefire.

So far there is only one reported case of COVID-19 in Yemen. As the war-torn country is already suffering a cholera outbreak and have a nearly collapsed health system, it would not be able to handle the coronavirus.

“The outbreak of coronavirus would have catastrophic consequences in Yemen”, Thompson says.