Libyan Women’s Working Group released a statement dealing with key issues concerning the country’s prolonged and complex process towards peace. The group, supported by CMI, urgently calls upon the establishment of a common ground and a shared vision between the different regions of Libya. 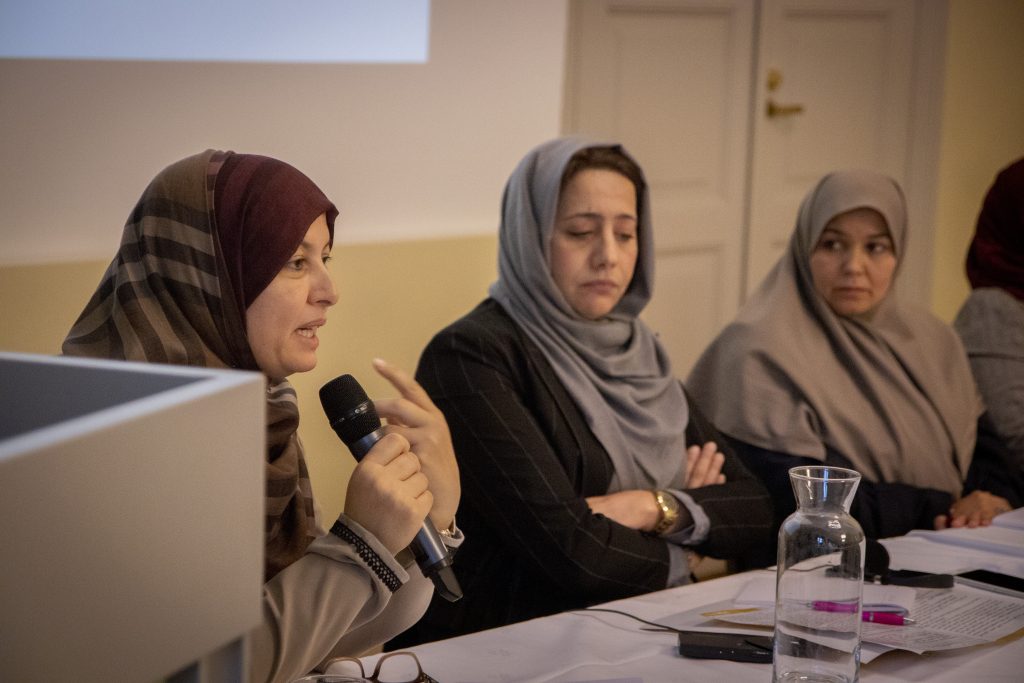 Establishment of a shared vision between different regions of Libya, national stability and greater solidarity among all Libyans.

These are some of the matters the Libyan Women’s Working Group (WWG) called for in their statement, which was released in February 2020. The group’s statement was based on the talks they had in Tunis in November 2019, when the group met to discuss the key issues the political process should address. At this meeting, the group expressed concern at the limited participation of women and highlighted women’s vital role in the resolution of the conflict and in peace-building efforts.

Tripoli event to discuss the issues raised in the statement

On 22 February, the Libyan Women’s Union hosted an event in Tripoli to release the statement and discuss the reactivation of the political process and concerns related to it.

The event gathered together a broad range of stakeholders, including representatives from the High State Council, the Presidential Council, and various civil society actors. While the efforts to resume the political dialogue were considered an important step forward in finding a solution to the long-term crisis, the discussion underlined the need to ensure better coordination between the national actors throughout the process. Participants also voiced concerns about the unconstructive role of the Libyan media and the impact it has in undermining the conflict resolution efforts.

Libyan women played a significant role in the events leading to the regime change of 2011. Since then, the women have continued to be active in the public sphere and want to advance key issues concerning women in Libya’s transition, politics, and society.

Working in Libya since 2014, CMI has facilitated inclusive platforms for different stakeholders to engage in constructive dialogue with each other. In January 2017, women participants from these dialogue platforms formed the Women’s Working Group (WWG). Representing different regions, political views, professions, and age groups, the WWG seeks to enable dialogue among women from different entities and social settings.

The recent Berlin summit provided new hope for ending the conflict. Through their statement the group is taking part in the discussion, and it urgently calls for the establishment of a common ground and a shared vision between the different regions of Libya. This vision, which aims to achieve common goals, should guide the country’s transitional period.