Our new report sheds light on the role of South Sudanese women’s groups and representatives in ensuring a more inclusive peace process and a strengthened peace deal 2013—2018. 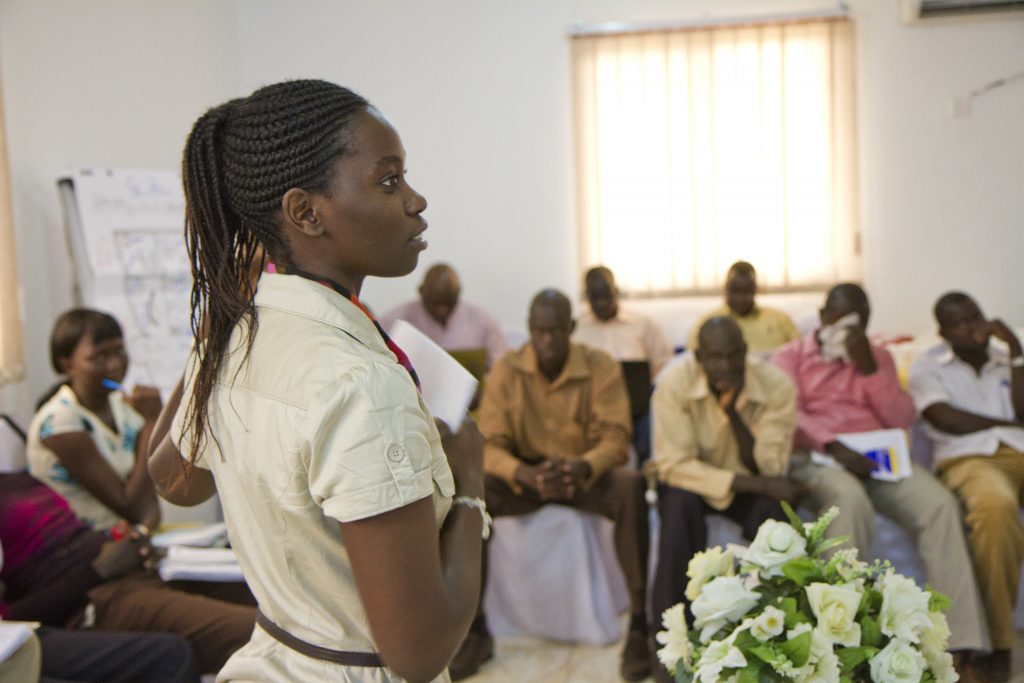 Emmily Koiti served as a youth representative in the South Sudan peace talks and was a signatory to the final agreement; herein attending a workshop of national youth dialogue platform in June 2015. Photo: Saila Huusko

The civil war in South Sudan formally ended on 12 September 2018. To date, insufficient attention has been paid to the significant contribution of South Sudanese women’s groups and representatives to the peace process as a whole. Our new report presents achievements, challenges faced, and lessons learned relating to women’s meaningful participation in the peace process.

“Not only did women’s groups and representatives play important roles in ensuring that the process moved forward and that women and other key
constituencies were included in the talks, but they also made significant contributions to the
content of the peace agreement itself, including gender-specific provisions.”

The aim of the report is to help change narrative that tends to portray women in South Sudan as victims rather than actors that played a central role in the peace process.

“Sharing these experiences can hopefully also serve as valuable support for other women who would like to engage in the peace process moving forward, and to help other countries to learn from South Sudan’s experiences.”

The report was written together with the National Transformational Leadership Institute (NTLI)
from the University of Juba and the Folke Bernadotte Academy (FBA).

CMI has supported the work of the network of women parliamentarians in South Sudan.