The Economist: The role of private diplomacy in conflict resolution grows in importance

According to the Economist, conflict resolution relies increasingly on private diplomacy actors. 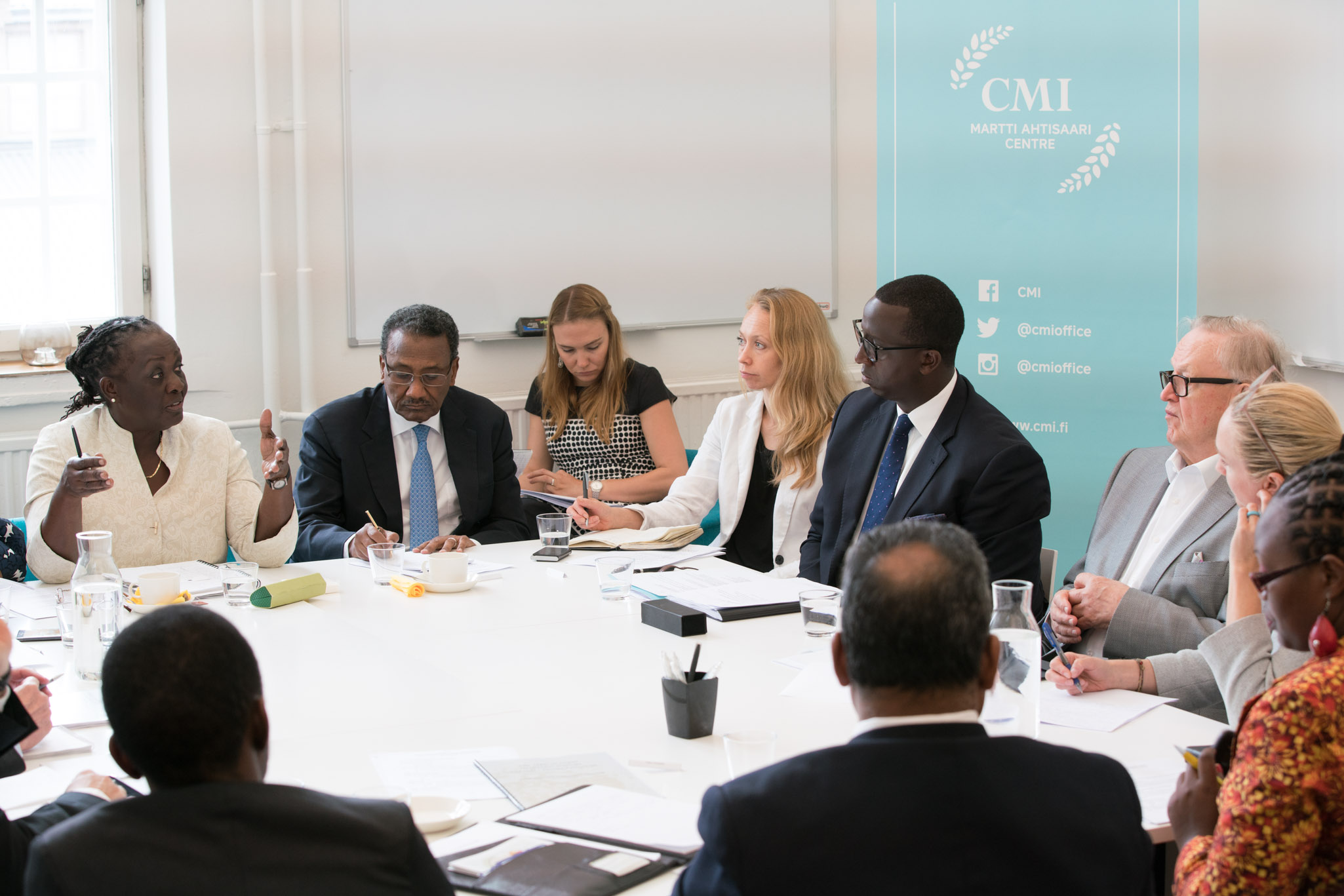 The members of the Joint Steering Committee of the African Union Mediation Support Capacity Project gathered at CMI’s headquarters in Helsinki in July 2018.

The article points out that the need for more flexible ways to bring the conflict parties together creates a gap for private peacemakers. In intra-state conflicts, official diplomacy actors have to be wary of lending legitimacy to non-state actors such as armed groups.

Private peacemakers can also ensure that peace efforts are inclusive. In Yemen, CMI is working on local ceasefires and opportunities for a wider range of voices to have their say in the official UN-led peace process. Sylvia Thompson, who manages CMI’s work in Yemen, says in the article that women’s representatives “have identified concrete, actionable steps, to ensure women’s inclusion in the peace process and in broader political decision-making”.

The article refers to a UN-World Bank study that estimates that spending more on conflict-prevention efforts can save from $5 billion a year to $70 billion.