Paving the way for a peace agreement in Yemen

A large group of Yemeni women recently gathered in Addis Ababa, Ethiopia, to discuss how to pave the way for a peace process and to identify options and areas of consensus for an agreement and a subsequent transitional period in Yemen. 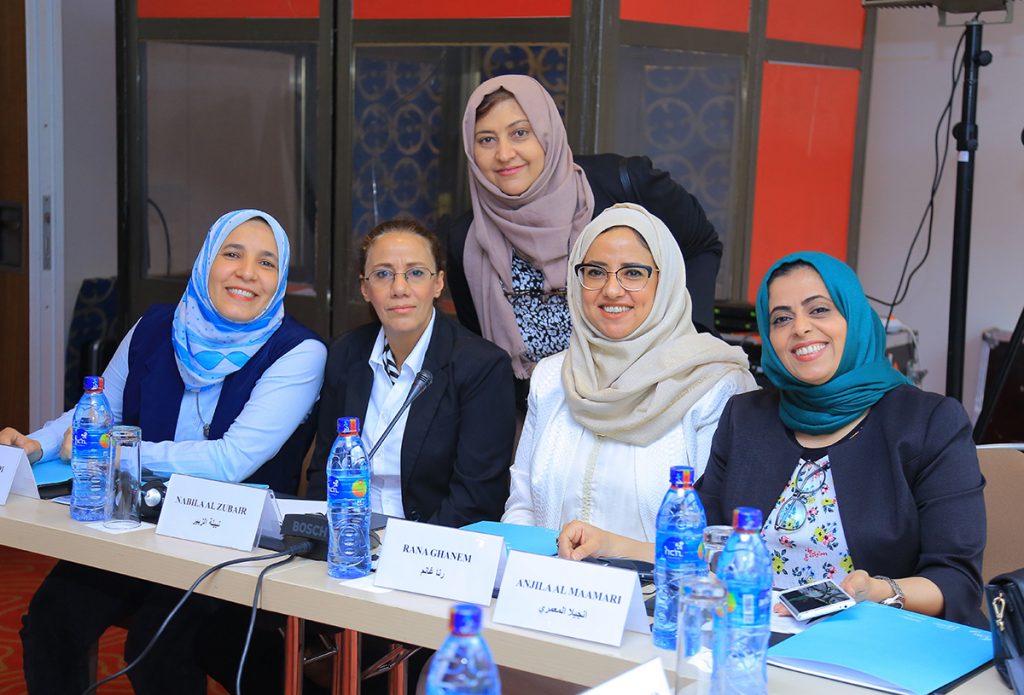 From left: Maeen al Abeidi, Nabila al Zubair, Rana Ghanem, Anjila al Maamari and Dr. Bilkis Abu Osba (in the back) participated in the workshop identifying options and early areas of consensus related to the peace process and the transitional period.

The meeting, held on 23 – 25 July, was part of a broader effort by CMI, its local partner DeepRoot Consulting and the EU to support a negotiated solution to the conflict.

The group represented existing women networks, and geographic and political diversity in Yemen. The women paid attention, for instance, to local initiatives, media discourse and reconciliation as prerequisites for a peace agreement.

The women said that rehabilitation and initiatives addressing the issue of child soldiers could serve as a confidence building measure among the conflicting parties. To make the media discourse more suitable and encouraging for peace, the women called for the criminalization of media discourse that resorts to hate, extremism, or belittles any entity.  The women highlighted also the need for reconciliation.

“This war has broken the social cohesion so we need to start a phase of community participation, before we move to a national reconciliation process. How would to do this? There are a number of steps. First, a law should be enacted to prohibit revenge. After the war stops, each party would want to take revenge. So, such a law must be enacted to stop these vendettas, and to put an end to the divisions by ending discrimination based on geography, such as north and south, and based on secessionist, unionists etc.”, said Nilli Nagi from the Ministry of the National Dialogue Conference in Aden. 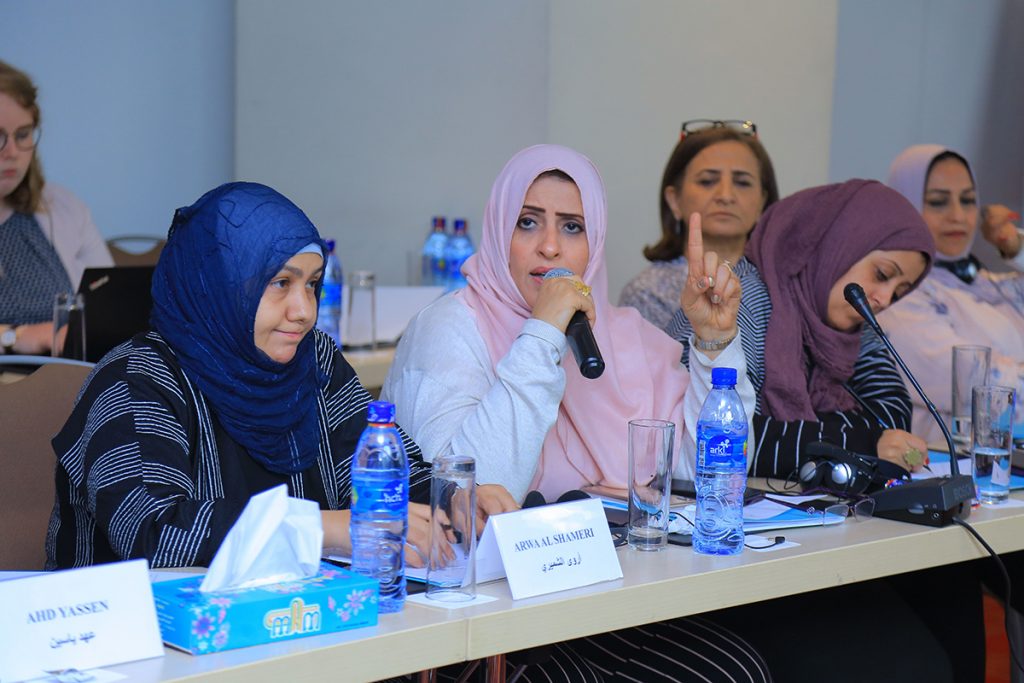 Action plan to include women in the peace process

The participants discussed various issues related to the peace agreement and the transitional period, including security and military arrangement, power sharing, sequencing of the transition, as well as necessary reforms to be carried out during this period. They also developed a preliminary draft of possible principles for the peace agreement, which could lay the foundation for broader talks among the conflicting parties on the substantive issues related to the agreement.

The group of women also developed an action plan for bringing forward recommendations identified in a workshop in April in Cairo, focusing on inclusion and women’s meaningful participation in the peace process and in broader political decision making processes.

In addition, the participants shared experiences with women from peace processes in Northern Ireland and South Sudan. They also met with the Peace and Security Architecture of the African Union, including FemWise and the Office of the Special envoy for Women, Peace and Security. This gave them an opportunity to share experiences and gain insight on establishing women’s mediators network and regional structures in support of women’s inclusion and meaningful participation.