The crisis in the Lake Chad Basin shows no sign of abating. Continued violence and a devastating humanitarian emergency call for inclusive peace efforts across borders. Consequently, in June over 50 representatives of civil society, including women, youth, religious and traditional leaders, and academics from the Lake Chad Basin gathered in Niamey, Niger, to discuss the new Regional Stabilisation Strategy for the region. 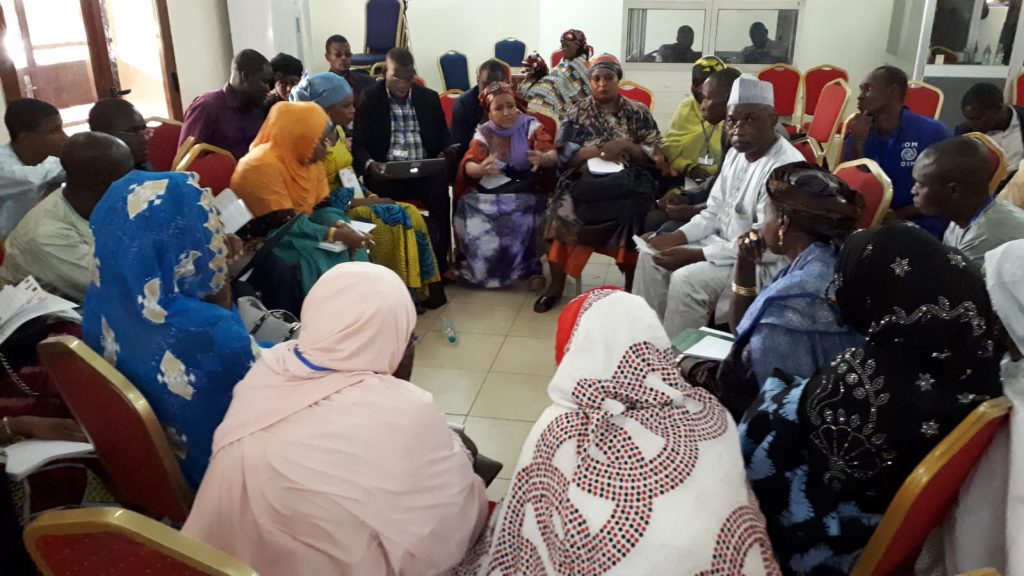 The protracted armed conflict in the Lake Chad region, triggered by the Boko Haram insurgency in North-East Nigeria, has had a devastating impact on the communities bordering the lake: 2.5 million people have been displaced and about 10 million people require humanitarian assistance. Continued violence interlinked with severe human insecurity denote a strong need for a long-term strategy for peacebuilding and development based on comprehensive, coordinated and locally-owned efforts across borders.

An important step towards closer regional collaboration was taken in May 2018, when the first Lake Chad Basin Governors’ Forum brought together governors from Cameroon, Chad, Nigeria and Niger in Maiduguri, Nigeria, to discuss the crisis. This was followed by the Regional Strategy for the Stabilisation, Recovery and Resilience of the Boko Haram-affected Areas of the Lake Chad Basin (Regional Stabilisation Strategy or RSS), formally adopted by the Lake Chad Basin Commission’s (LCBC) Council of Ministers in August 2018 and endorsed by the AU Peace and Security Council in December 2018.

The regional strategy calls for an inclusive approach that actively engages all sections of civil society. It also emphasises the empowerment of women and youth as one of its nine pillars. To prepare the ground for this, the LCBC, supported by the African Union (AU), United Nations Development Programme (UNDP), the Deutsche Gesellschaft für Internationale Zusammenarbeit (GIZ) and CMI, convened a Regional Consultative Forum with civil society organisations, including women and youth, traditional and religious leaders, and academics of the Lake Chad Basin, from the 18-20 June in Niamey. 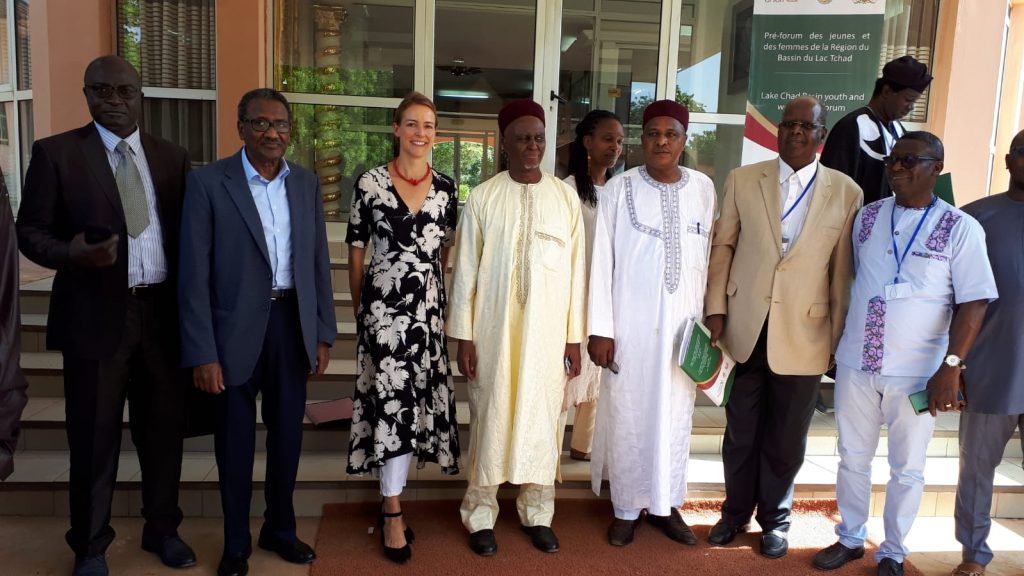 Participants of the Regional Consultative Forum with CMI and LCBC staff.

The Regional Consultative Forum served as a platform for sharing experiences and discussing how to enable an effective and inclusive civil society contribution to stabilisation efforts, in particular in the framework of the implementation of the RSS. Participants discussed the roles of the Lake Chad Basin Governors’ Forum and of civil society in the new strategy, and reflected on how best to set up the planned Regional Civil Society Platform, which is a key RSS coordination mechanism.

While the forum’s participants highlighted the challenges and difficulties they face, their deliberations also shed light on the vast array of ongoing initiatives and existing good practices that already support the objectives of the RSS.

“If supported by regional and national programmes and policies, these initiatives could be an enormous asset for the sustainable development of the region”, points out CMI’s Project Manager Janna Greve. “The regional stabilisation efforts can only lead to the desired outcome of long-term peace-building and stable development if they are inclusive and engage dialogue across borders.”