Yemen: How to address the root causes of conflict after four years of war?

Yemen needs new, broad-based dialogues to tackle some of the root causes of the conflict and build lasting peace. The outcomes of the 2013 – 2014 National Dialogue Conference (NDC) addressed many longstanding grievances, but many problems were not tackled sufficiently and the current war has brought in new issues and actors. 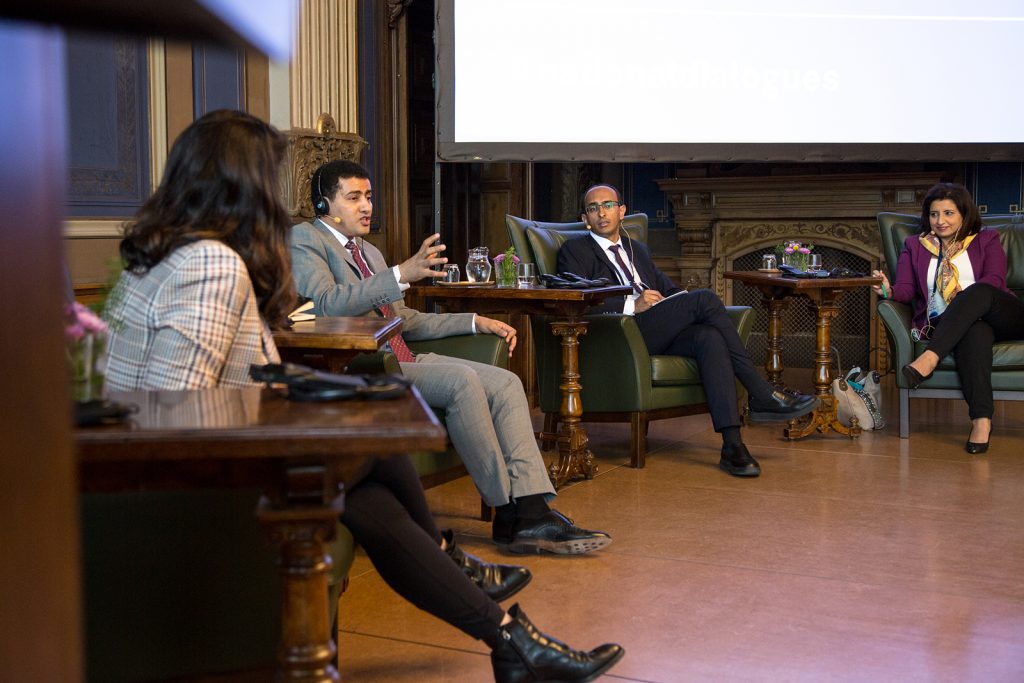 The panel was attended by Yasser Abdullah Al-Raeeini, Minister of State for Implementing the National Dialogue Outcomes in the Yemeni Government; Baraa Shiban, a Yemeni expert and political analyst; and researcher and writer Maysaa Shuja Al-Deen. Photo: Heli Pekkonen

These were the key messages from a panel discussion organised at the fourth Conference on National Dialogues. The conference, held 11-12 June in Helsinki, brought together peace work stakeholders and peace process experts.

The title of the panel discussion was The Yemeni NDC: Moving forward after four years of conflict and regional involvement. One of the key themes of the conference was the complexity of current conflicts, and Yemen was highlighted as an example of this complexity.

The panelists discussed the legacy of the 2013 – 2014 NDC for building peace. The conference provided Yemenis with a historic opportunity to address longstanding grievances. The NDC was critical in forming a consensus on a series of guiding principles aimed at guaranteeing rights and freedoms, reducing the centralization of power, eliminating corruption, empowering women and youth, among others.

However, shortly after the conference, in 2015, the war broke out again in Yemen, undermining the chances of implementing the outcomes of the dialogue. 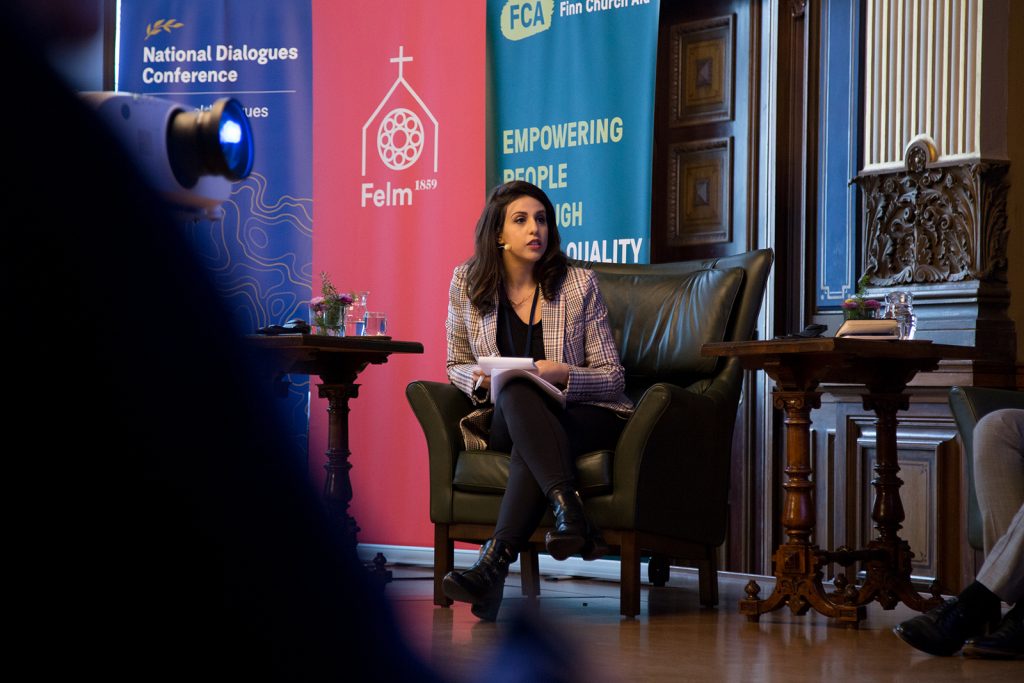 The panel was moderated by Sama’a Al-Hamdani, a researcher and analyst. Photo: Heli Pekkonen

What is the shape of the federal state?

Many blame the shortcomings of the NDC for causing the war.

“The National Dialogue wasn’t 100 % perfect, it had it flaws. But it was far more inclusive than any other political process that Yemen has seen”, said Baraa Shiban, a Yemeni expert and political analyst.

Researcher and writer Maysaa Shuja Al-Deen pointed out that “it’s not the first time Yemenis discuss, reach an agreement and then the fighting restarts”. According to Yasser Abdullah Al-Raeeini, Minister of State for Implementing the National Dialogue Outcomes in the Yemeni Government, the conference is “still a strategy to be used for the future of Yemen”.

“The outcomes of the national dialogue do not have a relation with the current crisis. We couldn’t have come out with better results.”

However, the NDC failed to tackle some of the root of causes of conflict properly. The southern separatist movement was not adequately represented in the conference. One of the most contentious issues concerned the form of the federal state to be created. The NDC did not decide on the boundaries and the number of regions, but it was left to a handful of individuals in a Committee appointed by Presidential Decree. The Committee decided in two weeks that there would be six federal regions through which to distribute power and resources across the country.

“Why did the committee decide on six regions? Why the demands of the Houthis were not listened to?”, asked Al-Deen.

After the NDC, the Houthi movement and most major political movements rejected the decision to divide Yemen into six federal regions. The Houthis said that the model geographically restricts their region from access to resources and the sea. Taking advantage of the fragility of the state, the Houthis then took up arms and took over the capital Sanaa.

Al-Deen emphasised that the form of the federal state is one of the questions that needs to be revisited as new political actors have emerged due to the war, further complicating the distribution of power and  sharing of resources.

“Many political parties and factions will reject the model of six regions.”

Baraa Shiban stressed the need for change in the central government. Although the NDC strived to be inclusive, the government has never made any effort to be comprehensively representative of all the groups that have been involved in political processes or in the NDC, Shiban said.

There was also a lack of visible measures at the conference to address the economic situation affecting people’s daily lives.

“We need to put food on the table. People need to feel that tomorrow will be better than today”, said Baraa Shiban.

The panel raised the need for reviewing some of the outcomes of the NDC, and the need for a new national dialogue that could take the form of several local dialogues rather than a broader national process. These dialogues would be better able to address the needs and demands of the people, and build trust from the bottom up.

CMI and its local partner DeepRoot Consulting are helping Yemenis from different backgrounds to jointly tackle the root causes of the conflict and to build a sustainable peace. Read more about our work here.