The National Platform provides Ukrainians with a regular forum to discuss ideas and initiatives for the country’s peaceful future. “CMI does not offer you standard solutions, but they think creatively. I must say that CMI has been relevant to Ukraine”, says Ukraine’s former prime minister Yevhen Marchuk. 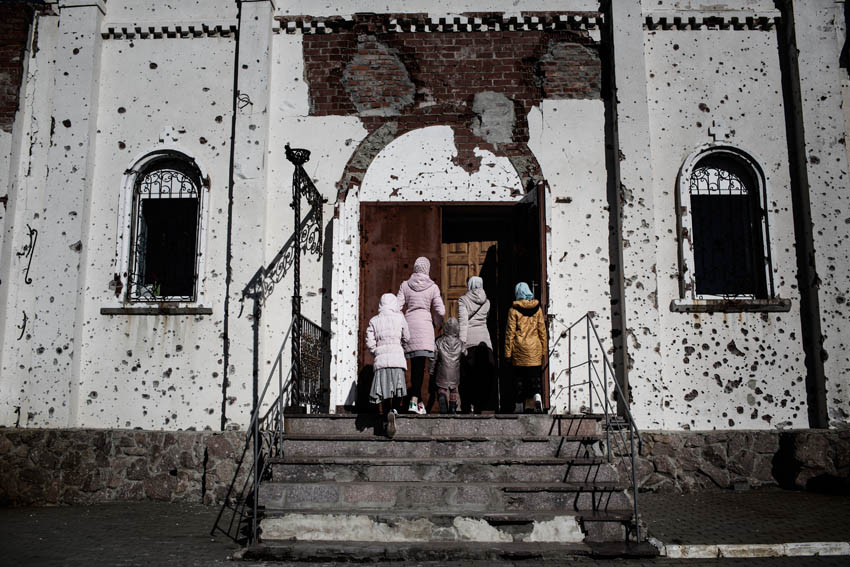 Family enters a church close to Donetsk airport. Even though the church and the cemetary have been bombed, service is held and attended regularly. Photo: Niklas Meltio

Each month for two years, Ukrainians from different backgrounds and different regions gather to discuss the future of their country. The setting varies. Sometimes there is an open public invitation, at others to the media, specialists or politicians. Most often it is a mixture. What are these gatherings that CMI facilitates and organizes together with its partners? The forums serve a higher purpose; they are a place to express opinions, a diversity of viewpoints. These Public Marathons and National Platforms are a neutral, safe place for people to encounter each other, to try to understand different perspectives, and most of all try to come up with ideas and initiatives for Ukraine’s peaceful future.

CMI has several projects in Ukraine. Their common element is dialogue. Whether you discuss among Ukrainians themselves or involve neighboring countries in the debate, the range of ideas is abundant.

“It is already something to have a neutral, safe place to be heard and to express one’s opinion. The second stage is to try to find a consensus among all the different opinions. That will always take time”, says Denis Matveev, who leads CMI’s Ukraine work. 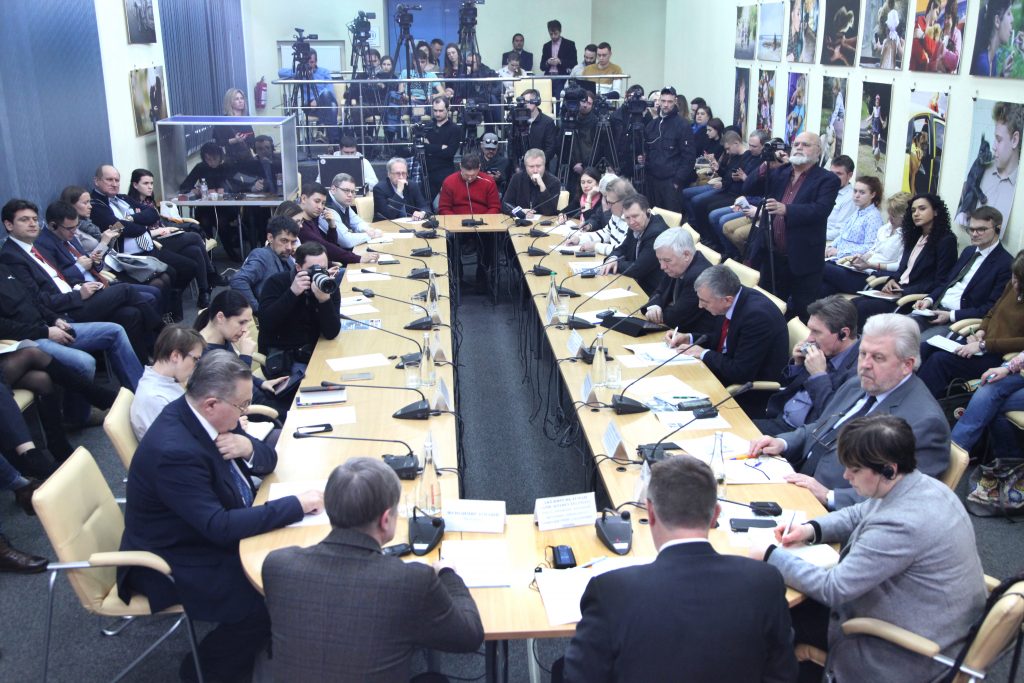 The National Platform has received wide media coverage in the national media, a single event reaching up to 5 million people.

National Platforms are molding the public discussion in Ukraine

One of CMI’s methods is to bring outside viewpoints and best practices in conflict resolution to often heated internal discussions. “Everyone thinks that their conflict is unique. No one else can understand it. But surprisingly, fairly often, conflicts have commonalities. We try to help people to see their conflict as a patchwork quilt – a system made of many components. Some of the patches in the quilt will be similar to other conflicts, so useful thematic lessons can be drawn from other experiences”, Matveev explains. CMI has brought outside speakers to the National Platform with experiences from, among many others, Northern Ireland, Indonesia, the Western Balkans, Columbia, Lebanon, Finland and the United States.

This learning-from-others -method gets appraisals from General Yevhen Marchuk, Ukraine’s envoy to the Trilateral Contact Group, also known as the Minsk talks on Donbas, who has been involved with CMI for four years. During this time he has met over 15 top peace mediators and politicians from all over the world who have been directly involved in negotiating their own conflicts. The general laughs when he recalls meeting former Irish prime minister Bertie Ahern. “We had very good discussions. I learned a lot and have been able to use that experience in my own situations.”

He continues: “These meetings that CMI has organized have been extremely helpful. Not only the information that we get from other people who have conflict experiences, but very concrete suggestions such as paying attention to language we use when talking about the other conflict party. Changing the tone of language can be transformational. It is a small but very useful detail. CMI does not offer you standard solutions, but they think creatively. I must say that CMI has been relevant to Ukraine.” The Platform has already molded the public discussion in Ukraine. It has received wide media coverage in the national media, a single event reaching up to 5 million people.

The cost of war is too much

Almost a hundred people and a lot of media representatives participated in the National Platform held in February 2019. The discussion topic was international involvement in the peace process, but most participants talked about the issue of national unity. The discussion was intense and many views were expressed. “We are still seeking consensus, but I know that at a critical moment Ukrainians will unite and have a shared view of their future”, General Marchuk emphasises.

He stresses that the financial cost of war is too much, between several hundred thousand and several millions of euros a day depending on how heavy the fighting that day has been. The conflict has gone on for four years. There are 1,6 million internally displaced persons (IDPs) in the country and more than 100 000 young men have been directly involved in the armed conflict.

“The costs – and I mean also the human cost to the country – is too much. It will impact a whole generation of young people. You feel bad that you are not in the front line or then you get traumatized being there. Only bad solutions. Many young people have also left the country. And the young should be our future”, says General Marchuk says, who over the years served as Ukraine’s prime minister and defense minister. He now negotiates on behalf of Ukraine at the Minsk talks. “Our main weapon is our people – the Ukrainians who want to build their country. I am an extensive optimist. Somehow we will work this out.”