20 years on: What are the lessons learned from the Northern Ireland peace process?

Building strong relationships and having an inclusive peace process were the key success factors in reaching the Northern Ireland peace agreement 1998. CMI, together with the embassies of Ireland and the UK, co-hosted an event on 13 June to honor the 20th anniversary of the Good Friday/ Belfast Agreement and reflect on the lessons learned. 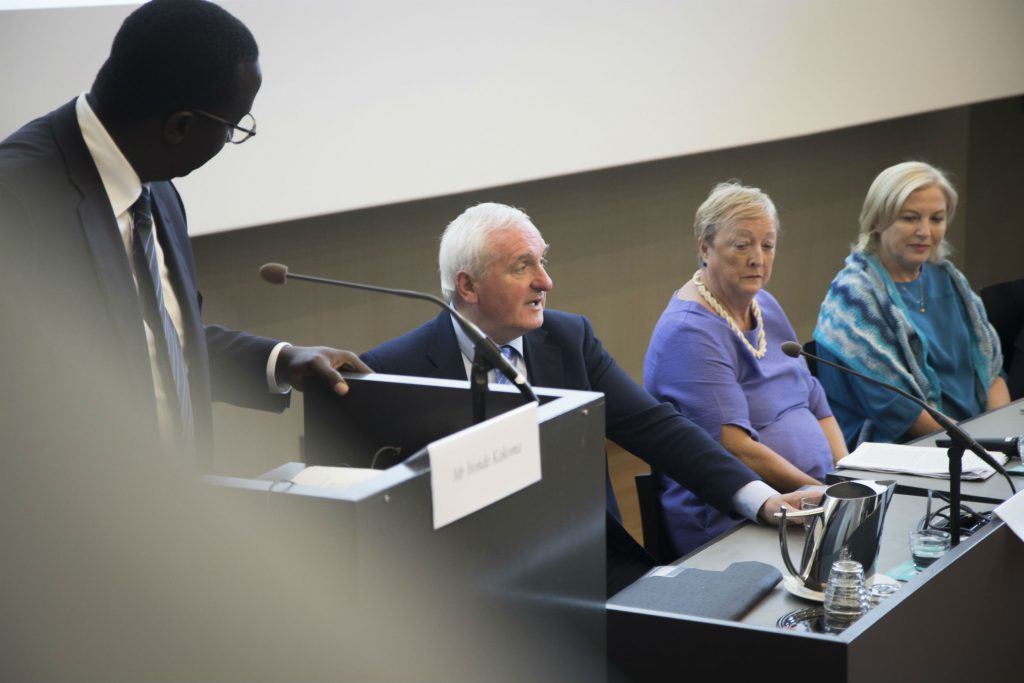 “Continue the work you are doing,” was President Martti Ahtisaari’s message to Northern Ireland in his opening remarks at the “The Agreement 20 Years On: Recalling the Talks, Applying the Lessons Learned” seminar held at Finnish National Museum.

The landmark agreement signed in 1998 resulted in a new political system, designed to balance power-sharing between the two communities. The underlying idea of the agreement was to resolve differences through democratic and peaceful ways, and commit the conflict parties to inclusive, democratic institutions. To strengthen this more power was devolved to the region by the British government. 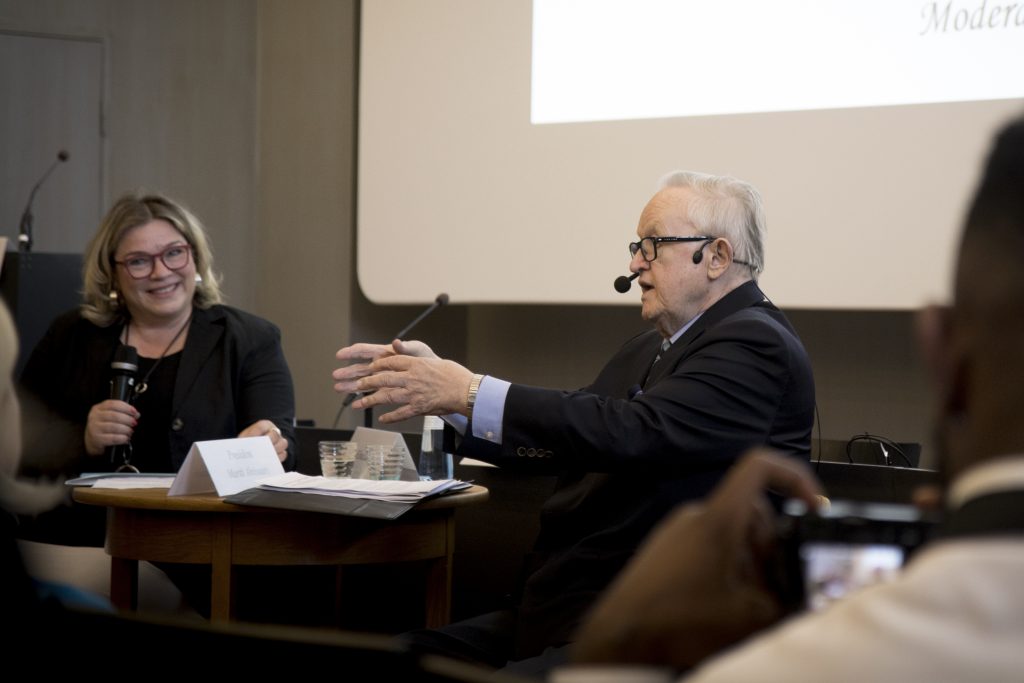 Other speakers at the seminar included the former Prime Minister of Ireland, Bertie Ahern; co-founder of the Northern Ireland Women’s Coalition, Monica McWilliams; former Minister of State for Foreign Affairs of Ireland, Liz O’Donnell and former Chief of Staff to Tony Blair, Jonathan Powell. The panel discussion on the lessons learned from the Northern Ireland peace process was moderated by CMI’s Programme Director Itonde Kakoma.

The panel agreed that inclusiveness as well as human relationships were critical for the success of the agreement.“It was about united efforts, and building relationships”, Bertie Ahern said. The great perseverance of the people involved in the peace process despite hardships and difficulties was also highlighted by the panellists.

The inclusion of different actors in the process was what made the agreement possible. The active role played by civil society was raised as a positive example, as was the role of women in the process. “Women were trusted mediators – they brought a different perspective to the peace process and were able to build bridges between different parties,” noted Liz O’Donnell.

The discussion also touched upon the future of the agreement. Reflecting on the implementation of the peace agreement, Monica McWilliams described it as “a work in progress.” 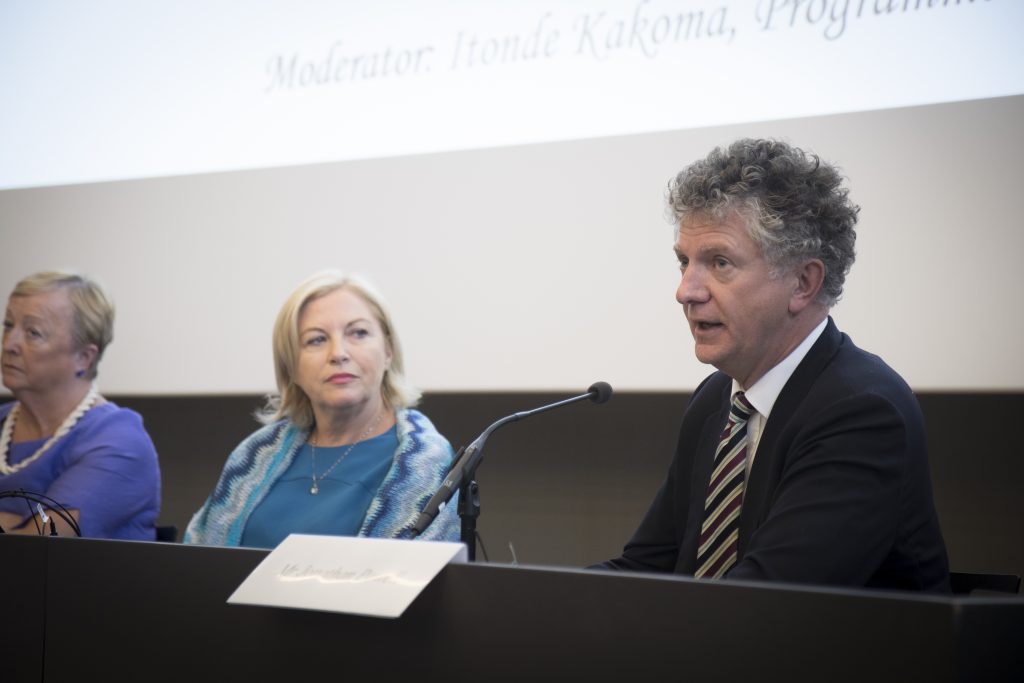 Many elements of the agreement that would strengthen integration of communities and mutual trust are still not realized, McWilliams reminded, noting the lack of integrated education and mixed housing in Northern Ireland.  Implementation is dependent on relationships and trust. “The agreement will only work, if people will continue to make it work,” said Jonathan Powell.

“Peacebuilding is the art of trying to make tomorrow better. We cannot change the fact that horrendous things happened. But we could change tomorrow, and try to make it better”, Bertie Ahern drew together the panel discussion.

President Ahtisaari emphasized the need to make sure that all future decisions and actions respect the spirit of the Good Friday/Belfast Agreement. “The European Union has supported the process for many years and I would like to see this support continue.“

President Ahtisaari was invited to inspect IRA (Irish Republican Army) weapons dumps in Northern Ireland during 2000-2001 with the current President of South Africa Cyril Ramaphosa. “This joint adventure made us friends for life”, remarked President Ahtisaari.