UN Secretary-General António Guterres expressed his appreciation for CMI’s work in creating conditions for peace and dialogue as he met with our delegation in New York. 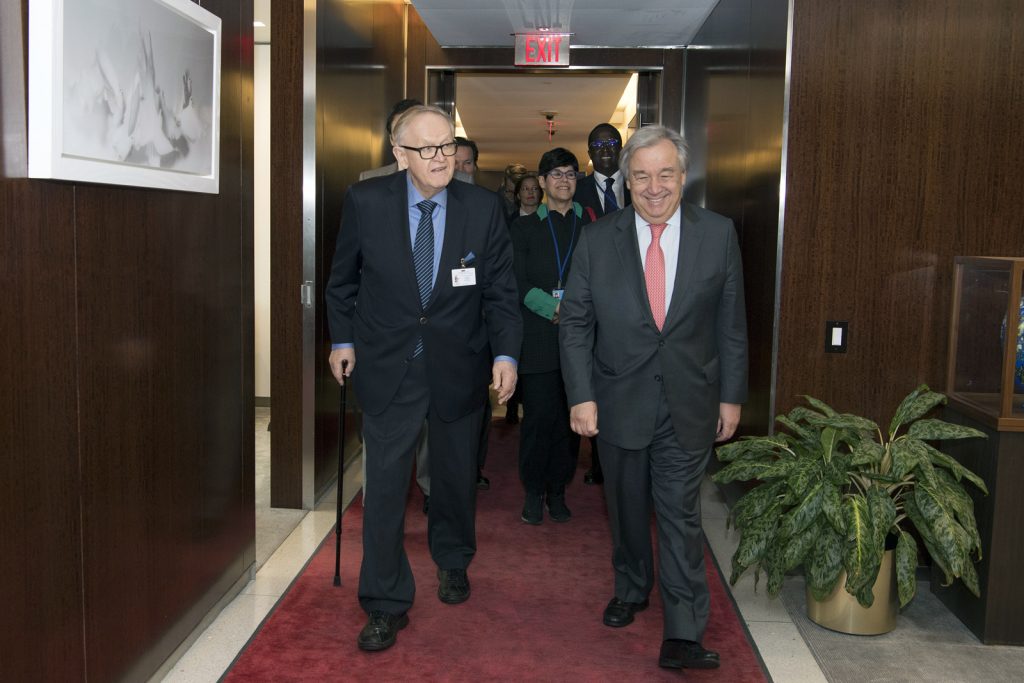 Our work in specific countries, where complementarity between the UN and CMI is active, was acknowledged by various UN officials. Throughout the visit to the UN headquarters, our delegation raised the importance of women in peacemaking and innovative approaches to solving new global threats.

Our delegation was led by President Martti Ahtisaari and accompanied by Executive Director Tuija Talvitie with our experts. The success of the mission resulted from President Ahtisaari’s legacy and our continued track record. 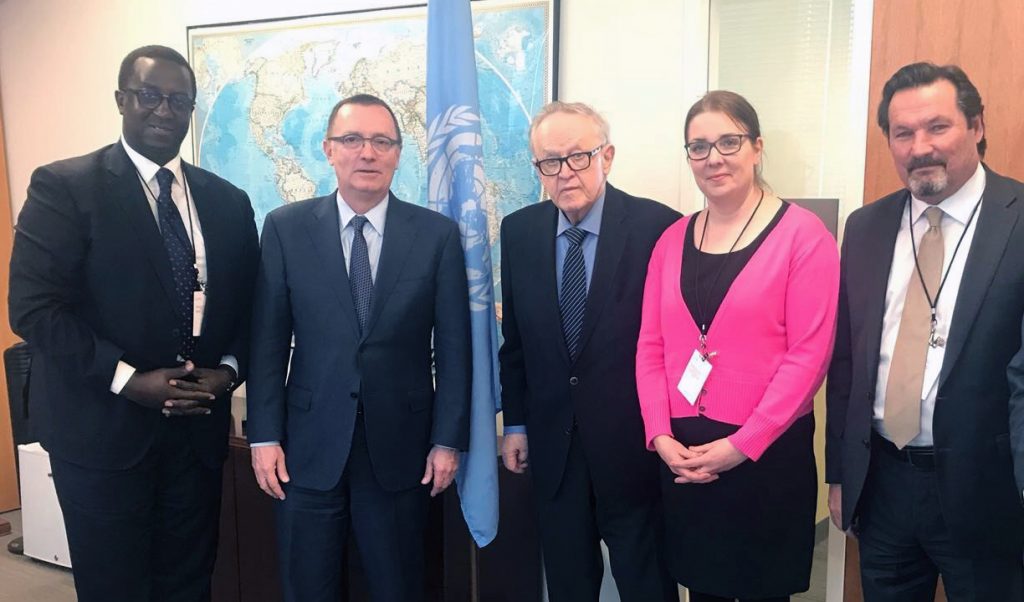 At the time of increased global polarization, ensuring complementarity between official and unofficial actors is essential for the peaceful settlement of conflicts. According to many experts, shifting global dynamics require new approaches in peacemaking. Our informal approach emphasises the importance of partnerships between multilateral institutions, governments and independent organizations to advance peace and prevention of conflicts.