No time to waste: Executive Director Tuija Talvitie’s foreword for the Annual Report 2016

The year 2017 is a special one for CMI. Our founder, President Martti Ahtisaari, turns 80, and Finland celebrates its centenary.

This article originally appeared in our Annual Report 2016. 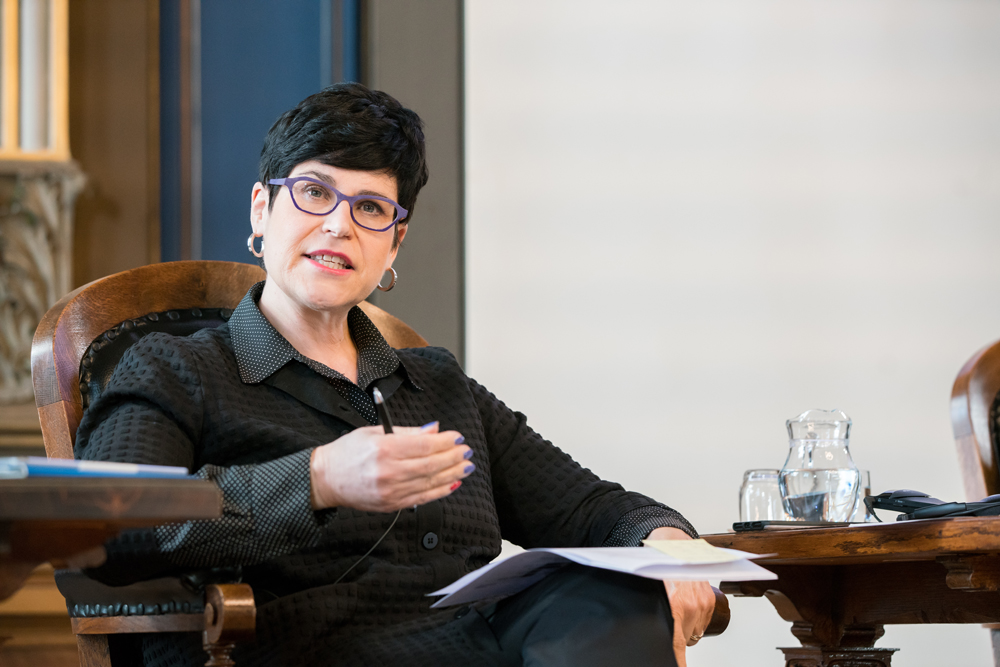 These are important milestones. Finland’s journey from the poorest country in Europe to one of the most prosperous nations in the world has not been easy. We’ve endured several conflicts, including a devastating civil war, and have repeatedly experienced first-hand the destructive force of war. Finland’s current foreign and security policies are focussed on preventing conflicts at home, and supporting the peaceful resolution of conflicts abroad through dialogue and mediation. In our experience, as the largest Finnish daily newspaper Helsingin Sanomat has written, the best way to celebrate our independence is to work to resolve emerging conflicts peacefully.

This has spurred interest in using dialogue and other peaceful approaches to conflict resolution at home too, in Finland’s schools, communities, and cities. This interest is also driven by growing distress over the increasing fragmentation and internal strife that Europe is experiencing. These are skills that can be learned. And they should be learned, because they tackle a universal human predicament, the difficulty of negotiating common ground. The principle is clear and simple, and is at the core of CMI’s vision – what people have started, people can also bring to an end. But as simple as this principle is, it is exceedingly difficult to live by. Investing in dialogue and negotiation skills would create priceless social capital for any society, just as literacy did.

There’s no time to waste. The growing tensions between the major powers, the unpredictability of their leaders, and the weaknesses of the current multilateral mechanisms are a serious threat to peace and development. The way the world is turning gives reason for concern, and for serious rethinking of our methods and approaches as an international community. In the past two years, we have witnessed a serious decline in world peace: the highest number of battle deaths in 25 years, the most refugees since the end of the Second World War, and record levels of terrorism. These phenomena are interlinked.

In 2015, the global economic loss due to violent conflicts has been estimated at $750 billion. This is 14 times Finland’s state budget. Meanwhile, the overall investment in building and keeping peace was a mere 2% of that figure¹. What does that say about our priorities?

When asked to say what a mediator’s most important quality is, President Ahtisaari replied, “we have to be as stubborn as mules.”

CMI’s legacy is built on President Ahtisaari’s vast experience, and his insight that today’s conflict prevention and resolution efforts need different kinds of actors, who can complement each other. Todays’ conflicts are highly complex, and involve a multitude of national, regional, and international, generally self-interested actors. In these turbulent circumstances, there are no simple solutions or quick fixes. What is needed is the resolute political will to begin reconciliation processes; steady and patient commitment to these processes; broadly inclusive mobilisation of constituencies to support them; and skilled people and organisations to facilitate the peace efforts. These are the main building blocks for any effective peace process, and they can only be successful through a shared vision. And national ownership of any peace process is vital: outsiders can help, but they cannot, and should not, take the responsibility for a peace deal and its implementation.

When asked to say what a mediator’s most important quality is, President Ahtisaari replied, “we have to be as stubborn as mules.” Conflict resolution is not for the hasty or the faint-hearted. It demands patience, resilience, and professionalism. But when it works, it does so because different actors have succeeded in bringing their strengths together in a joint effort. CMI is proud to be part of such efforts, and to maintain and continue the legacy of our founder. Striving to do so will always be worthwhile, because peace is the highest human endeavour, with the highest stakes but also the highest rewards.