Secret present for President Ahtisaari revealed: Over 600 000 euros for peace

Finns have surprised CMI’s founder, President Martti Ahtisaari with a historic present for his 80th birthday. 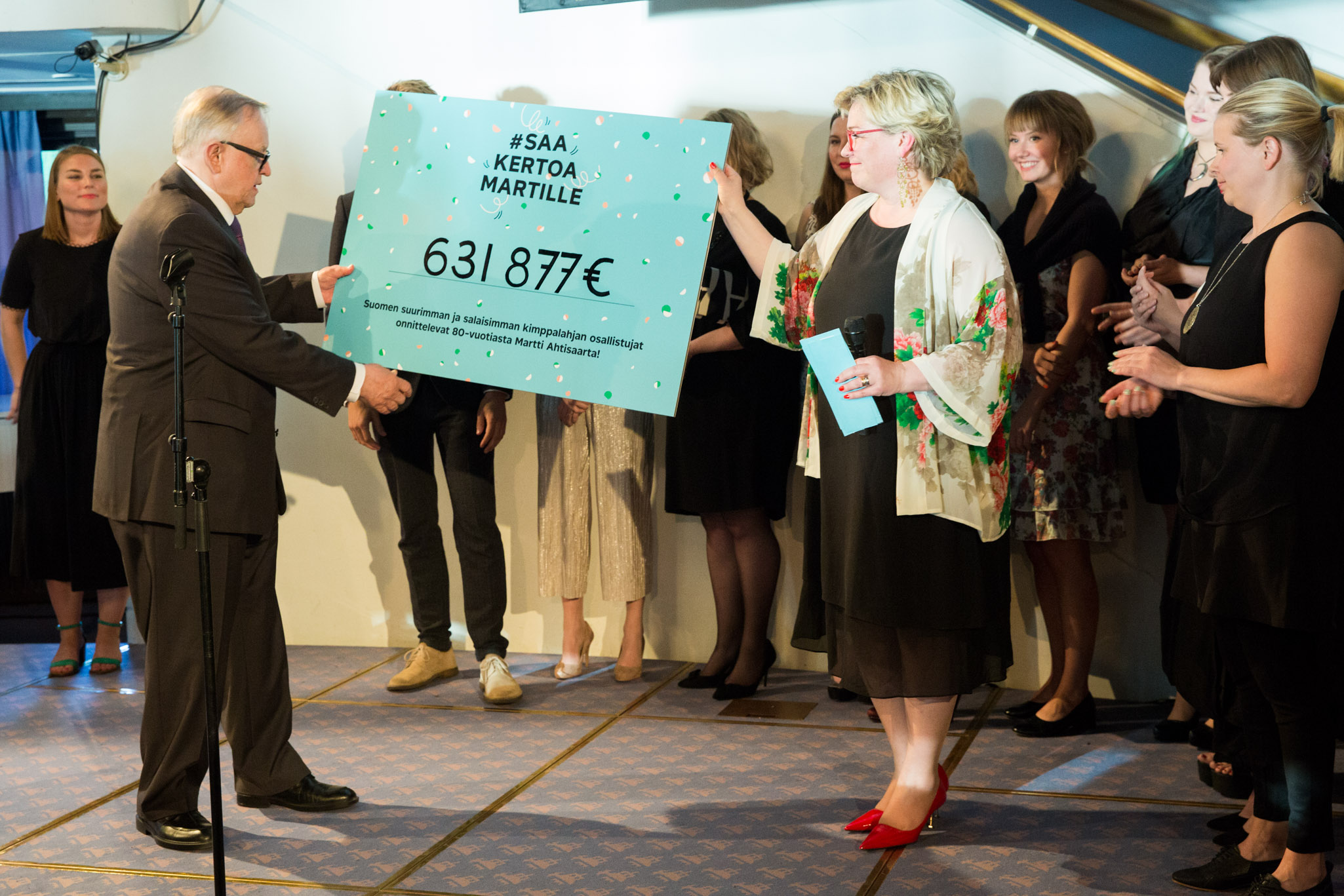 President Martti Ahtisaari couldn’t believe his eyes when he saw what the birthday present was all about. Photos: Riku Isohella

Finnish companies, foundations and private individuals have gathered 631 877 euros for President Martti Ahtisaari to be used in CMI’s conflict prevention and resolution work. The sum is equivalent to over 15 CMI’s peace negotiation rounds

The gift was revealed to Ahtisaari during a celebration to honour his 80th birthday in Helsinki on Thursday. The celebration was the culmination of the two-month long “Don’t tell Martti” (Älä kerro Martille) secret fundraising campaign. 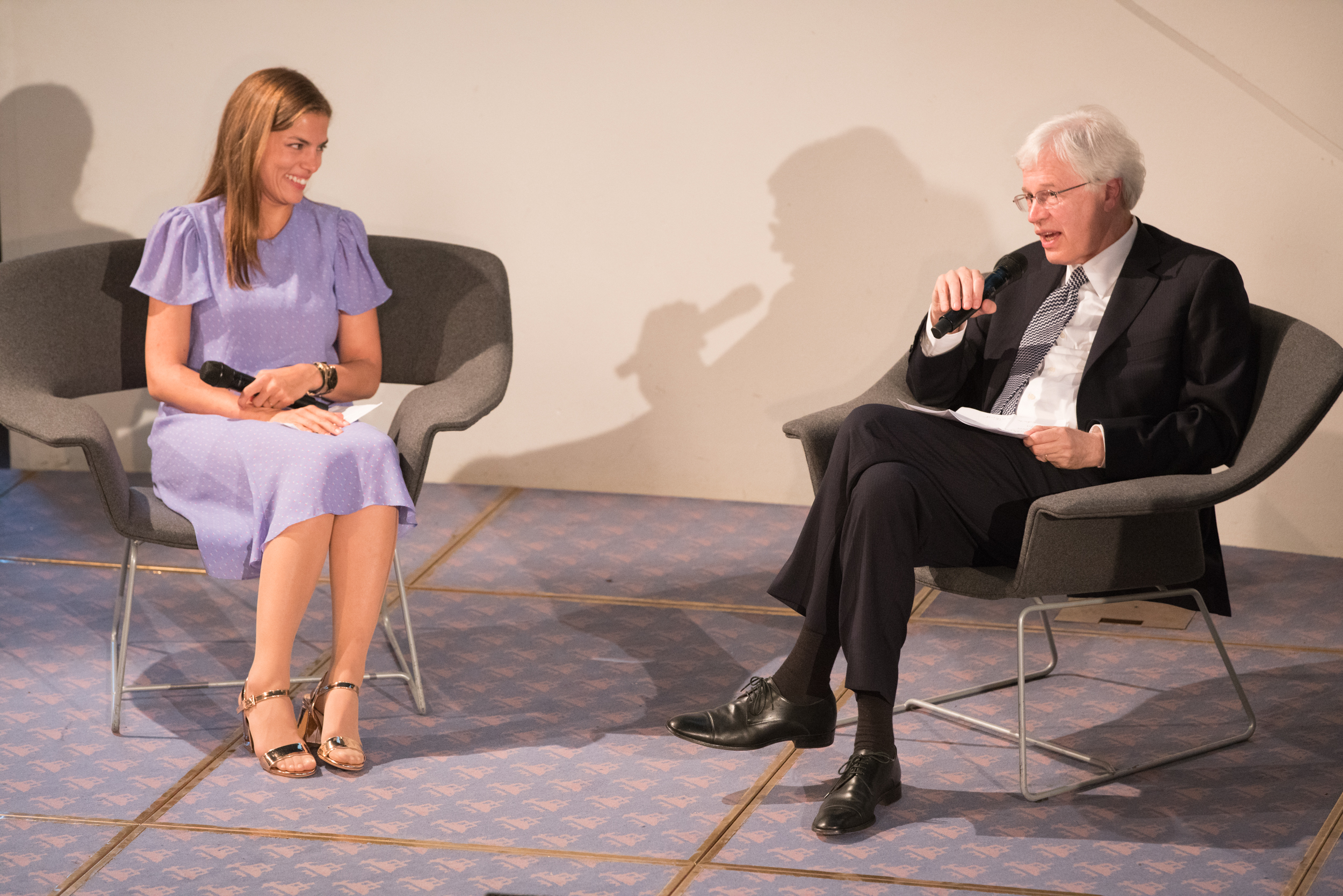 Startup entrepreneur Henrietta Kekäläinen discussed the impact of technology with professor Bengt Holmström who won the Nobel Prize for economic sciences in 2016.

In order to keep it a secret from Ahtisaari, the campaign was being discussed only on internet and social media. Both are something that Ahtisaari doesn’t use.

Also Ahtisaari’s inner circle was actively involved. At times, wife Eeva Ahtisaari had to make sure that the President wasn’t watching a certain television programme if there was something on the campaign.

Ahtisaari said that he didn’t see the gift coming.

“I wonder how you were able to keep this secret from me. Even at home, I didn’t hear anything.” 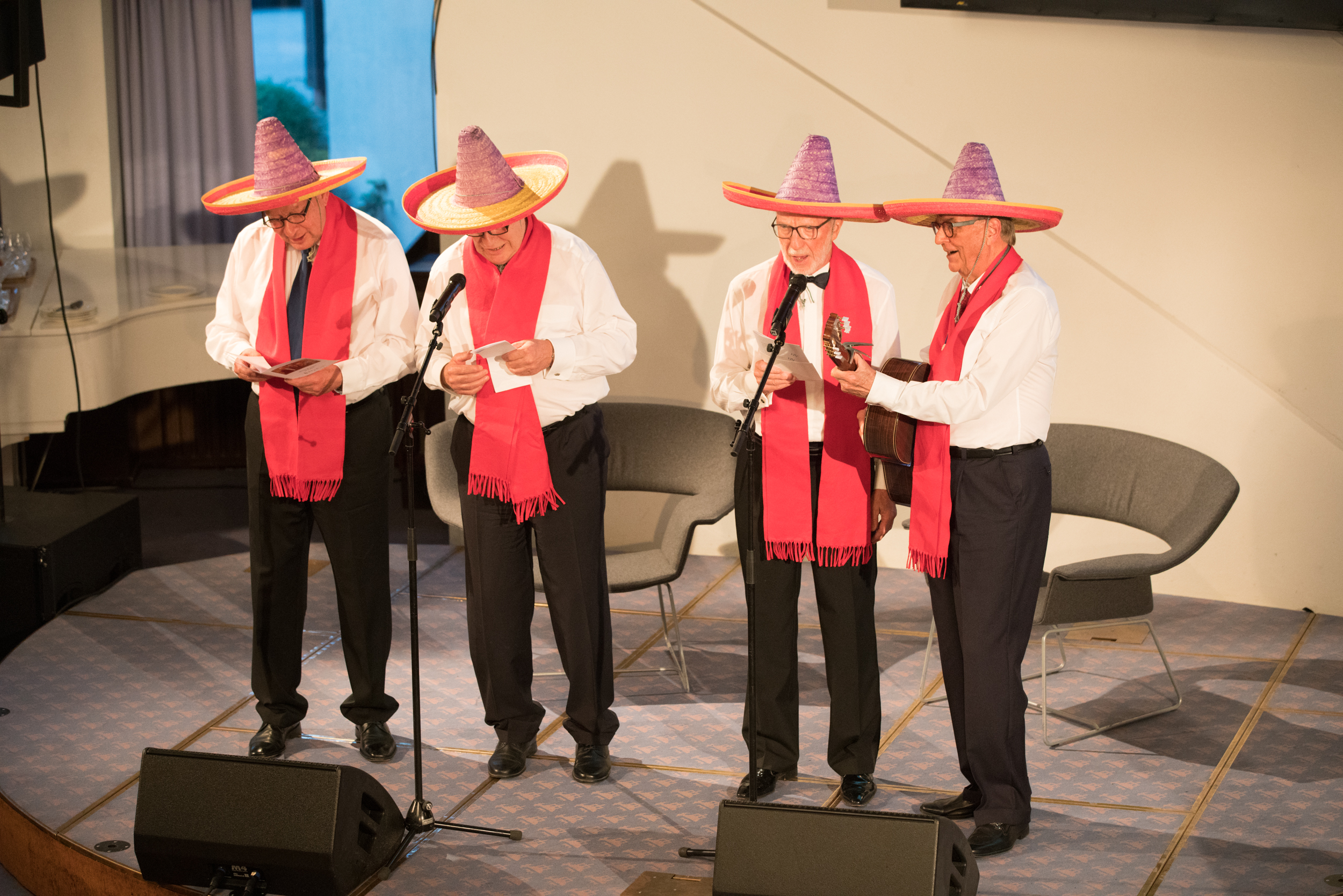 Ahtisaari is deeply grateful for his birthday present. In his opinion the campaign shows that building peace is everybody’s business in Finland. The campaign involved a total number of 9 300 private donors.

“The most wonderful thing is that so many Finns decided to support peace work”, Ahtisaari said.

In the future the donors can follow through CMI’s communications channels how the funds collected in the birthday campaign are used in CMI’s work. 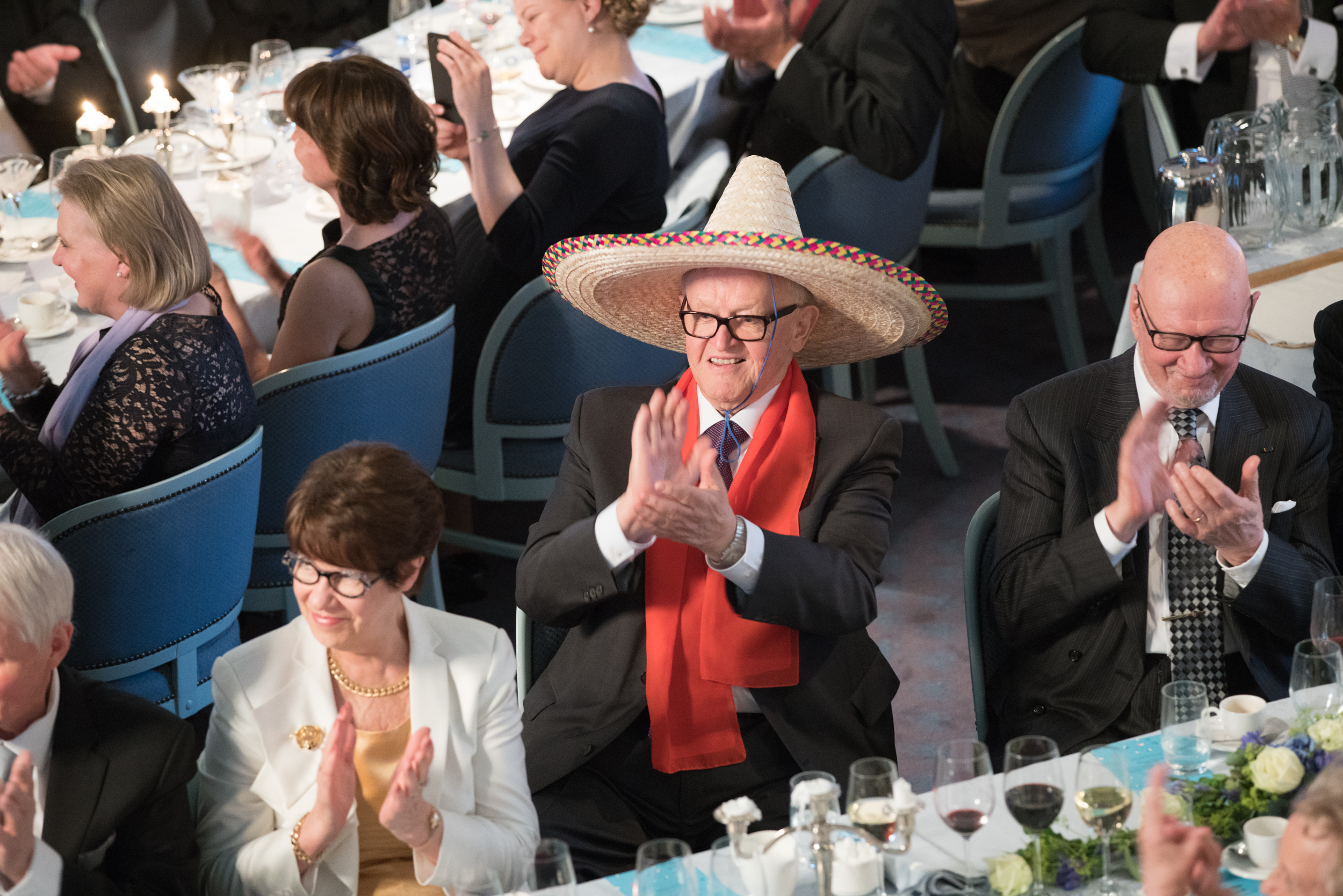 Ahtisaari was deeply moved by the birthday celebration.