Friends for 40 years: Presidents highlight Namibia as an encouraging example of peace

As the world faces a mounting number of complex conflicts, the independence of Namibia still resonates as an encouraging example of peace. This is the message of two renowned peacemakers who have been friends for 40 years. 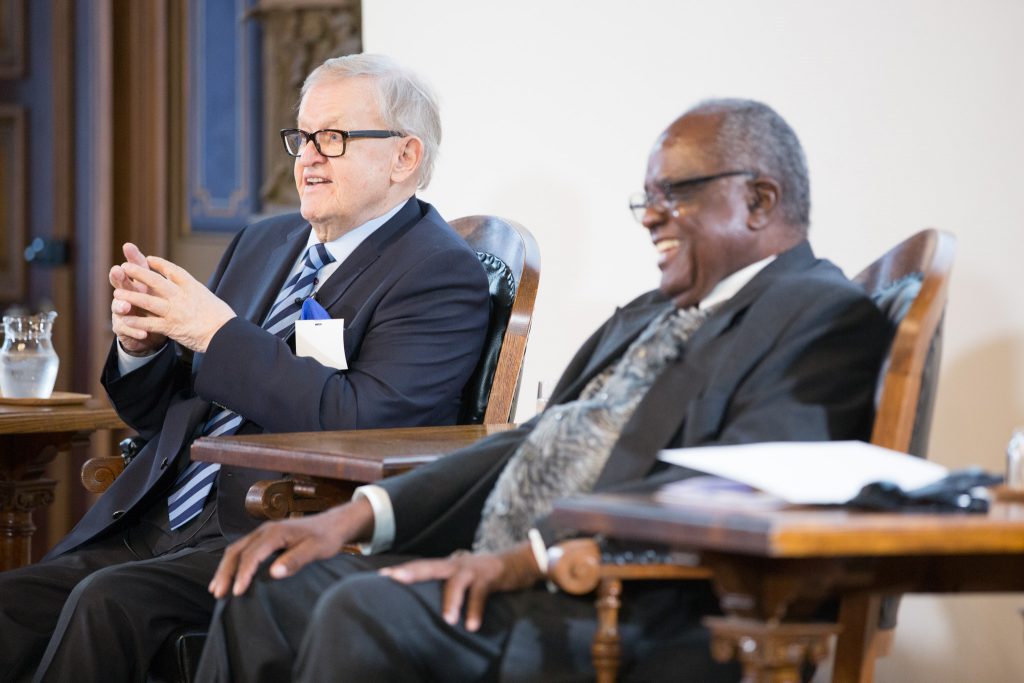 Former President of Finland, Martti Ahtisaari, and his Namibian counterpart, Hifikepunye Lucas Pohamba, shared their common past at the National Dialogue Conference held in Finland on Wednesday.

The liberation of Namibia from the white rule of neighboring South Africa in 1990 ultimately triggered the transition to democracy in South Africa itself.

“There was no excuse anymore for apartheid rule in South Africa. They saw how the Namibians could run their own country”, said Ahtisaari, who as a determined UN diplomat played a key role in the independence process.

Equally Pohamba, two-time president of his country (2005-2015), highlighted Namibia as one of the pioneers of democracy on the African continent. Much of the consolidation of that democracy is due to the leadership of Pohamba. In 2015, Pohamba won the prestigious Mo Ibrahim prize for good governance.

Pohamba highlighted the national dialogues in Namibia as one of the cornerstones of sustainable democracy and enduring peace. Right from the beginning, the country’s leaders wanted to make sure that the voices of ordinary people were heard in envisioning a future for Namibia. National dialogue is based on the idea that lasting solutions cannot be found to conflicts without all sectors of society participating in the peace-building.

Pohamba stressed the importance of persistence in national dialogues.

“You need to sit down together many times and discuss, again and again.”

The Finns have shaped Namibia’s future a great deal

The two men first met in the 1970s as the UN laid out its first plan for the independence of Namibia. According to Ahtisaari, it was an instant friendship due to mutual respect. At the same time, however, neither of them knew how rocky the road ahead was going to be.

The two men’s destinies were strongly intertwined during the next decade, which culminated in Namibia’s independence. As a founding member of the South West Africa People’s Organisation (Swapo), an armed movement that fought against South African rule, Pohamba was one of the negotiation partners. Since independence, Swapo has dominated Namibian politics as a party.

The Namibian independence showcases Ahtisaari’s strengths as a mediator: setting clear goals and working hard to achieve them.

“Namibia had to get its independence. And South Africa had to get out of Namibia”, Ahtisaari described.

The Finns have shaped Namibia’s future a great deal, said Pohamba. According to the former President, Namibians owe a debt of gratitude to the Finnish missionaries who taught them how to read and write.

“The first white person I met in Namibia was a nurse from Finland”, Pohamba recalled.