Helsingin Sanomat: CMI has gained a unique position in Iraq

CMI has gained a unique position in reconciliation efforts in Iraq due to its impartiality and good reputation, writes Helsingin Sanomat, the leading daily in Finland. Helsingin Sanomat followed our Iraq team’s work in Bagdad. 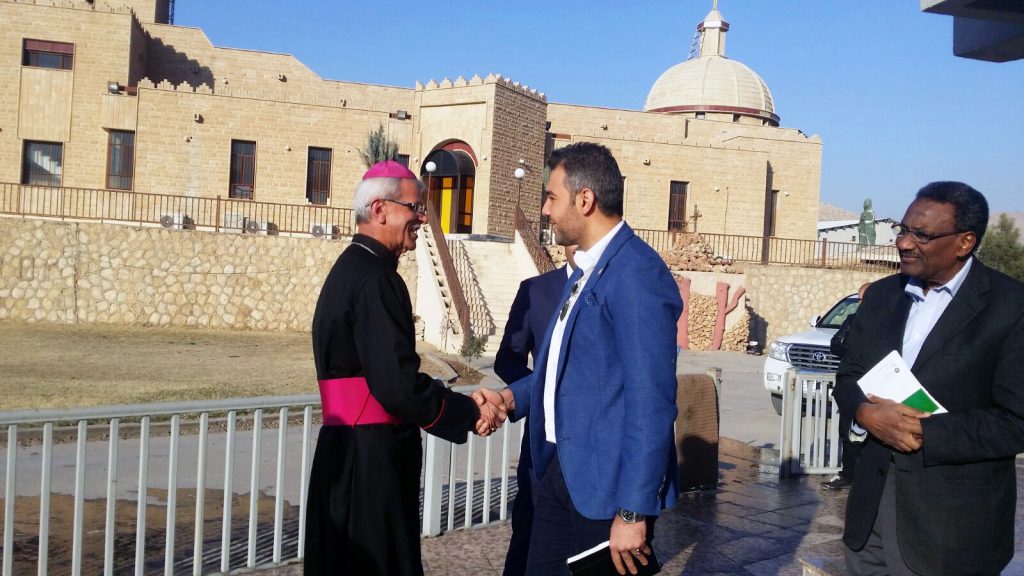 CMI’ Hussein al-Taee (center) and Nureldin Satti (right) met with the Pope’s representative Father Rabban in Dohuk northern Iraq. The three discussed how the safe return of the Christians to their homes after the ousting of Isis could be guaranteed. Photo: CMI.

CMI has built reconciliation between different ethnic groups in Iraq for over two years. According to Helsingin Sanomat, the organisation has established a unique position as peace mediator in a difficult environment where it’s hard, for example, for the UN to operate.

In addition to impartiality, the good reputation of Nobel Peace laureate Martti Ahtisaari gives CMI an extra leverage in Iraq.

There are fears that the retreat of Isis could spark violence between different ethnicities in Iraq.

“Our mission is to bring different parties together, so that one wouldn’t take up arms and the other wouldn’t respond  to that”, says Hussein al-Taee, the head of CMI’s Iraq programme, to Helsingin Sanomat.

Al-Taee came to Finland from Iraq as a refugee. Now he wants to help build Iraq into a country where he could safely take his family to.

“Finland is my home country. Now I am in a job that serves both countries.”

You can read the article of Helsingin Sanomat (in Finnish) here.