South Sudan holds out hope for peace. “Our country will stand on its feet one day” 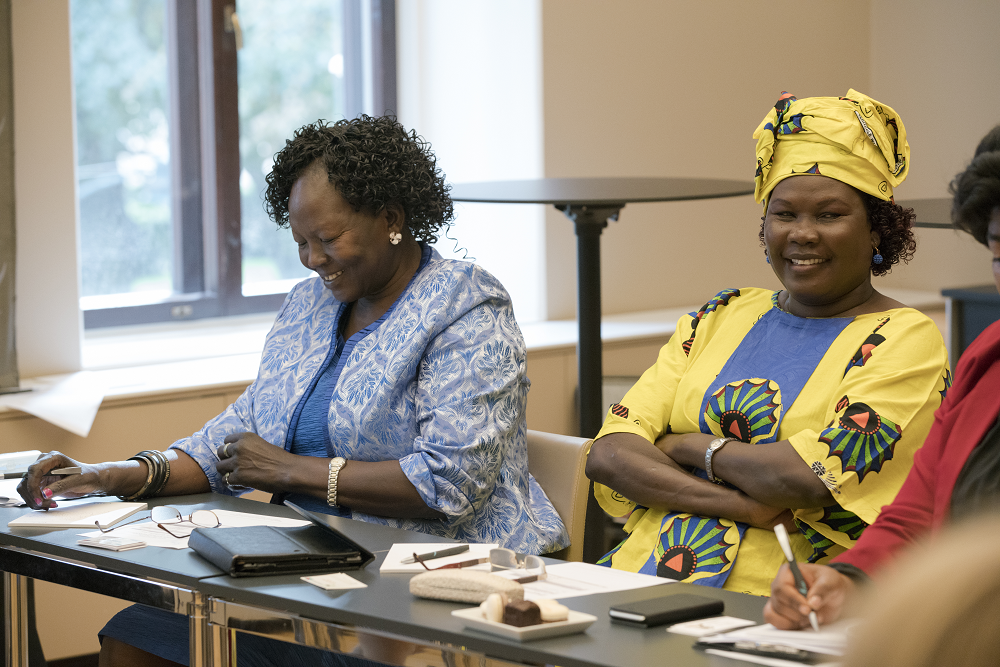 “The humanitarian situation in South Sudan is very bad. The economy has very serious problems, including rapidly increasing inflation, and people don’t have food or clean water.”

This is how Susan Wasuk, the chair of the South Sudanese Women’s Parliamentary Caucus, describes the situation in the world’s youngest country. Wasuk recently led the delegation of female parliamentarians that visited Helsinki and Stockholm to discuss their country’s progress towards peace and to share experiences of women’s roles in supporting peaceful transition processes. CMI works with the Caucus to support the country’s fragile peace process.

South Sudan became independent in 2011. Since violence broke out in 2013, thousands have died and 2.5 million have been forced from their homes. The peace agreement signed in August 2015 brought some hope of ending twenty months of war. But that deal is under severe strain since armed clashes between the Government and the opposition in early July. Currently, there is  widespread distrust between people and their leaders.

When the war began, South Sudanese women immediately took an active role in peacemaking. “Our message was simply to stop the killing and tackle the root causes of our troubles. Guns solve nothing,” says Member of Parliament Anisia Achieng. Achieng and a great many other South Sudanese women continue to maintain this stance. The task of transforming the August 2015 agreement into real peace is what the South Sudanese Women Parliamentary Caucus continues to grapple with, helped by CMI.

Itonde Kakoma, the head of CMI’s operations in Sub-Saharan Africa, is impressed with the tenacity of the Caucus women. “No peace can last if it is not built in an inclusive way, and if it is not deeply rooted in the society concerned. The Women’s Caucus has done excellent work in bridging the gap between ordinary South Sudanese and the formal peace process. This is a practical way of helping the peace process genuinely meet the needs of ordinary South Sudanese.”

The consulting process led by the Caucus has so far involved hundreds of citizens across the country. The main focus is on informing the public about the formal peace process, and on gathering ideas that can contribute to peace for South Sudan. In 2016 the consultations focused on disseminating information on the provisions of the formal peace agreement signed in August 2015 and  collecting citizen inputs on its implementation mechanisms.

“Despite the challenges, the peace agreement remains the only viable tool to engage the South Sudanese people in the democratic processes and stability.  It was widely supported by women and South Sudanese people, and approved by the parliament without reservations”, highlights Anisia Achieng.

CMI has been working in South Sudan since independence in 2011. In the words of Susan Wasuk, “CMI has done a lot, and we would not be this far without you. CMI has connected women, youth and political leaders in our country”. 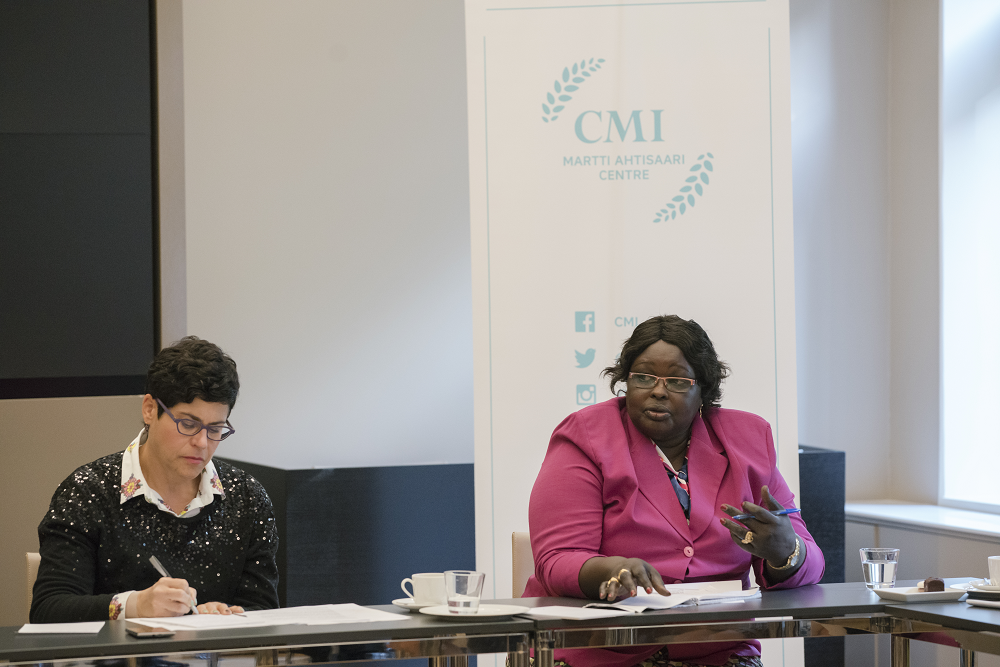 Hon.Susan Wasuk says that despite the challenges, the peace agreement remains the only viable tool to engage the South Sudanese people in the democratic processes.

Steps along the way

The work of the Women’s Caucus is far from over. Even though a settled peace may still be some way off, the main intermediary goal of the Caucus is to ensure that the ongoing consultations inform key processes for peace and reconciliation in South Sudan.

Susan Wasuk remains unbowed: “I have hope, and all South Sudanese women have hope, that our country will stand on its feet one day. My grandmother, my mother and I were all born into war. No more. The children of my children have the right to be born into a peaceful country”.