Finland celebrates its hundredth year of independence in 2017, and as part of the commemorations CMI will organise a variety of events through the year. 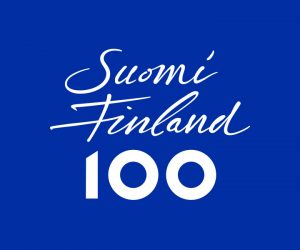 Finland became an independent state on the 6th of December 1917, and so next year is a milestone for the entire country. The centenary will be celebrated in many different ways throughout the year, and preparations are also well underway at CMI.

Next year we will be organizing events both at home in Finland and abroad, focusing on themes such as national reconciliation and building of national institutions based on the rule of law. These concerns are fundamental not only to Finland’s own impressive history, but also to CMI’s work in different conflict countries. Amongst other happenings, the 2017 Ahtisaari Days, held late in the year, will also continue CMI’s efforts to increase awareness of Finnish expertise in mediation and solution-centred conflict resolution. Please follow our website for more information about our upcoming centennial events, we will be posting more details this fall.

The centenary of Finland’s independence will provide opportunities to better understand the past, experience the jubilee together and set the course for Finland’s future success. The overall responsibility for putting the programme together rests with the  Finland 100 Years organisation established in the Prime Minister’s Office.  Read more about the anniversary year from here.