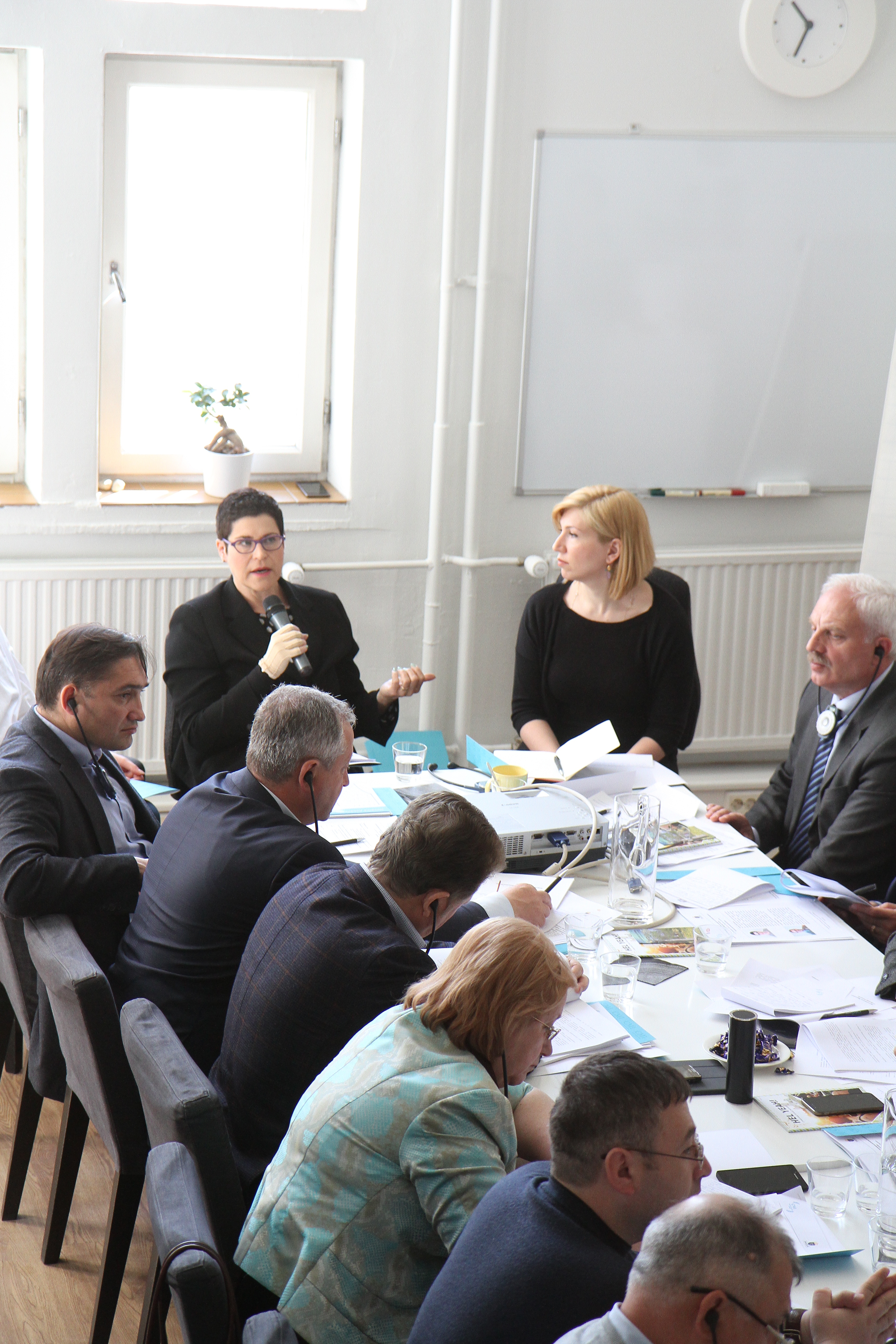 The group held also meetings at the CMI office in Helsinki. Executive Director Tuija Talvitie held a presentation about the Finnish education system.

From the 17th to the 20th of May 2016, the members of the Gagauzia working group visited the Åland Islands, an autonomous region in Finland. The group includes Members of Parliament of the Republic of Moldova and the Gagauzia People’s Assembly. The aim of the visit was to become familiar with the model of centre-autonomy division of competencies that has worked so well for Åland, Sweden, and Finland. The study visit was organized within the framework of the project Supporting the efficient exercise of Gagauzia’s autonomous powers within Moldova’s constitutional framework. This project is implemented by CMI with the financial support of the Ministry of Foreign Affairs of Sweden.

During the visit, the delegation held meetings in Helsinki and Mariehamn, the capital of the Åland Islands. In Helsinki, the group met with the representatives of the Ministry of Justice, the Åland Autonomy Committee, the Ministry of Finance, and members of the Finnish Parliament from Åland. The group learnt about general principles of autonomy, division of competencies, and legal practices relating to autonomy. While in Mariehamn the group was hosted by the Parliament of Åland (the Lagting). The group held meetings with the Speaker of the Åland Parliament, the Head of the Åland Government, the Governor of Åland, representatives of the Autonomy Committee, and others. 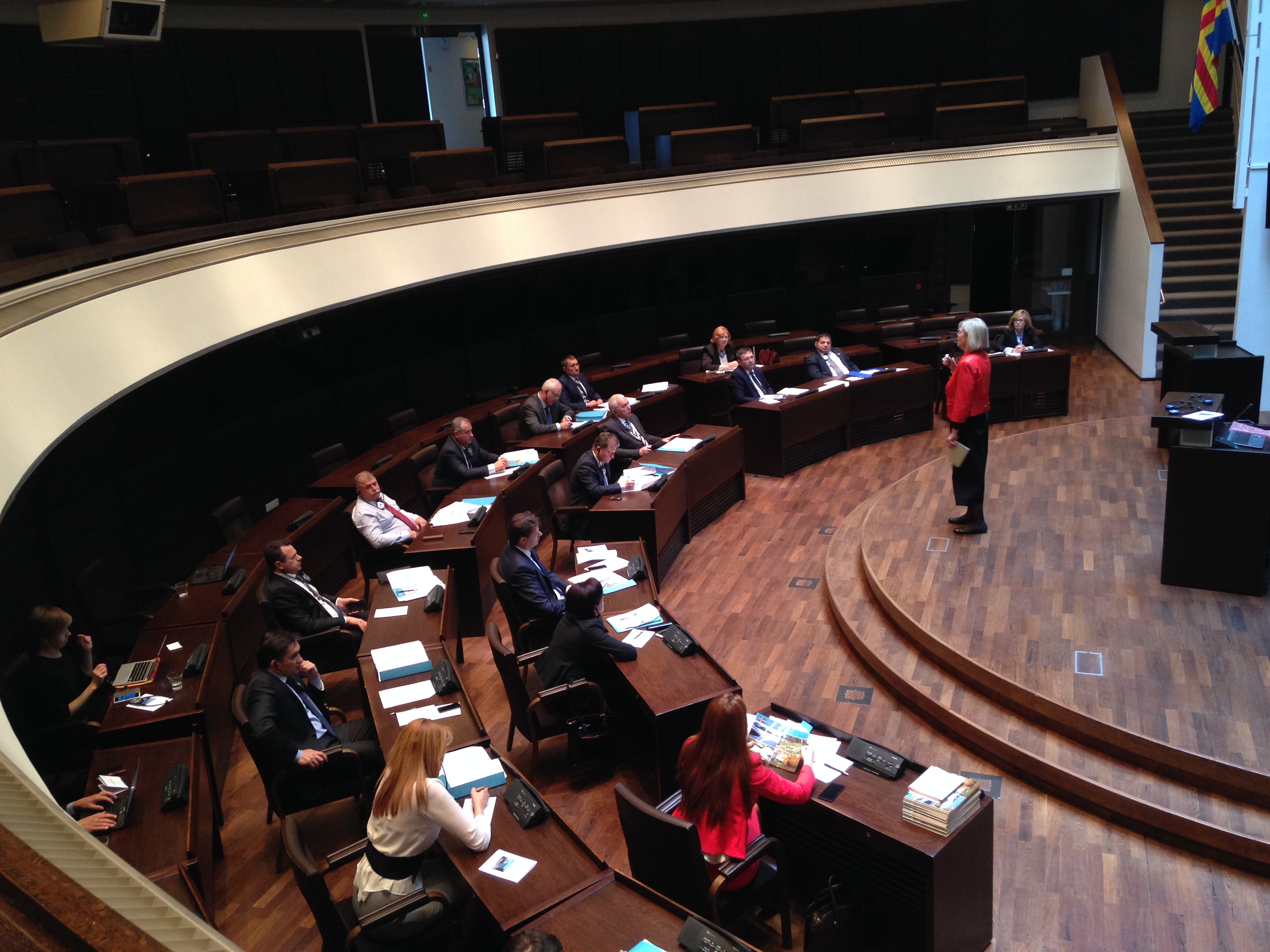 The group met with Susanne Eriksson, Secretary General of the Åland Parliament.

The speakers presented an overview of political relations between the governments of Finland and Åland. They also discussed devolved funding arrangements, fiscal strategies and budget distribution, and matters related to regional development. The group also talked with experts in a meeting hosted by the Peace Institute. The main themes of the meeting were cooperation between civil society and the government of the autonomous region, demilitarization, and guarantees. 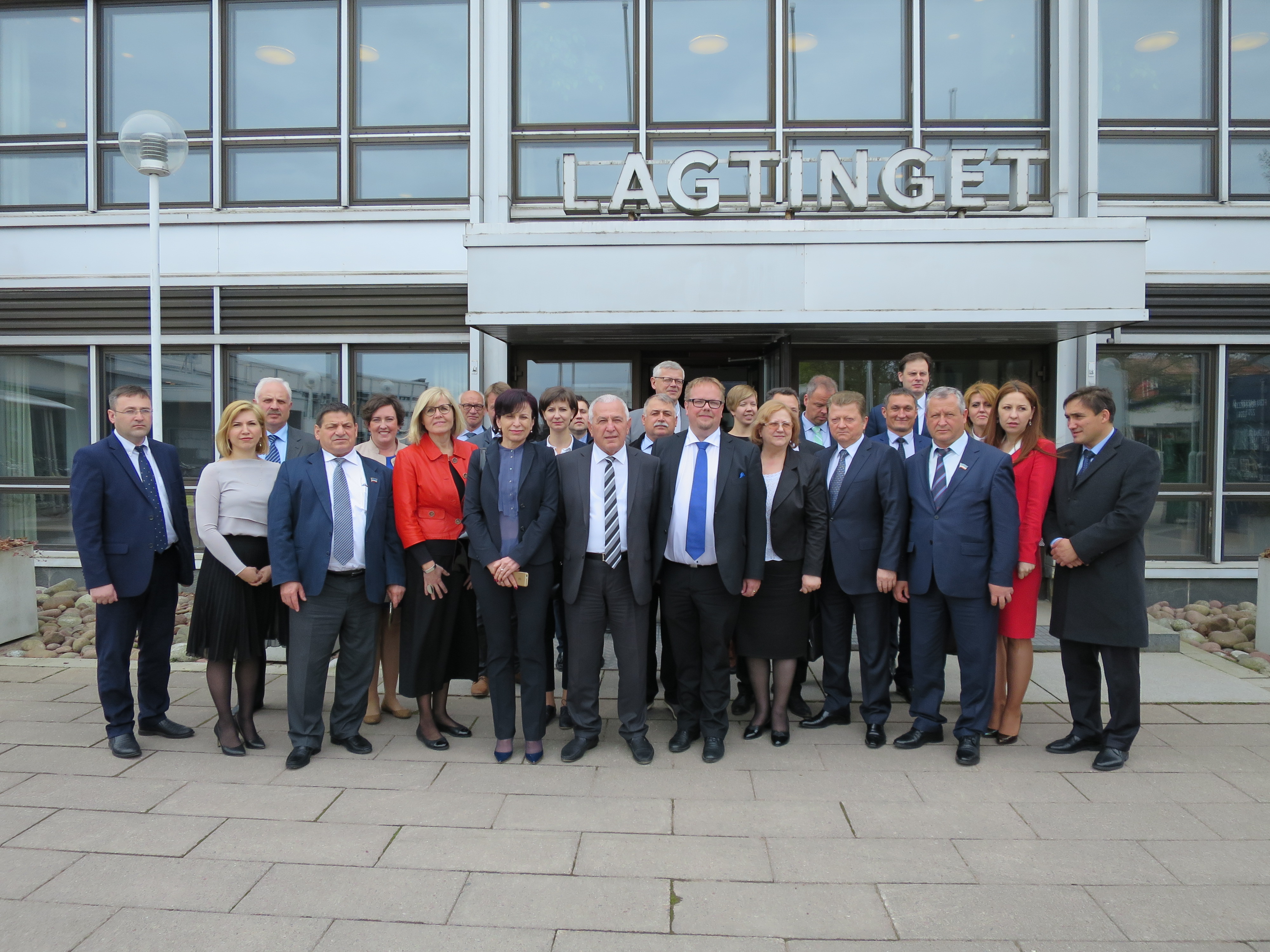 While in Mariehamn the group was hosted by the Parliament of Åland (the Lagting).

In line with CMI’s established way of working, the meetings with interlocutors were combined with internal dialogue sessions between group members. The sessions focused on lessons learned from the Åland Islands model and mechanism of devolution and the implications for the group’s on-going work. The group also analysed the three examples of devolved models that they learned about during the overall project.

In previous visits made as part of the project, the representatives of the Moldovan Parliament and the Gagauzia People’s Assembly visited the South Tyrol in Italy and Wales, in the United Kingdom. They studied these successful models of devolution and learned about relations with the central authorities. The group will present a joint report to the Parliament of the Republic of Moldova and Gagauzia People’s Assembly on the project results so far. The report will also set priorities for the next steps of the project, taking into account the experience and knowledge gained during the three visits.