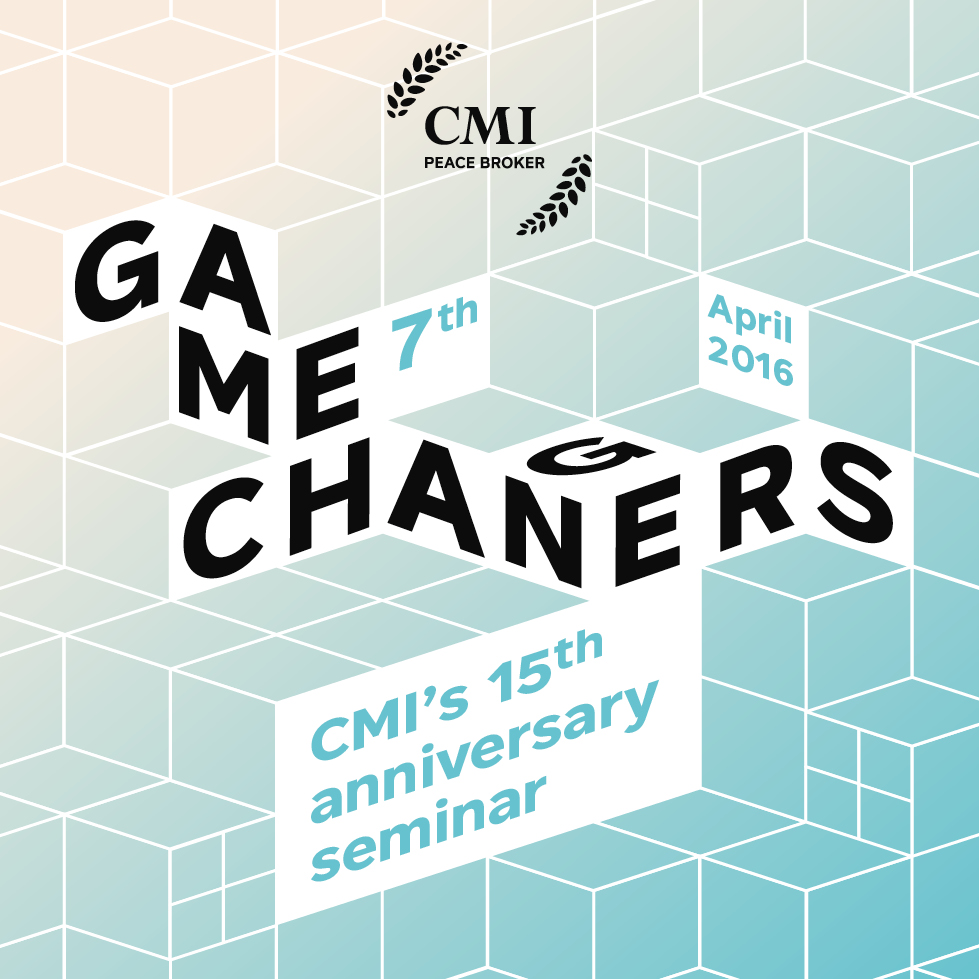 To mark its fifteenth anniversary, CMI is holding an international seminar in Helsinki on 7 April. The main speaker at the event is foreign policy expert and former United States deputy Secretary of State Strobe Talbott.

We live in interesting times: the familiar patterns of economic, political and welfare relations are being undermined and radically transformed. Some of the worst symptoms of these upheavals are violent conflicts, refugee flows, and terrorism. How can violent conflicts be solved, and how can their root causes be uncovered and tackled effectively? More generally, how can we cope with such intense degrees of change and uncertainty – and do these clouds have a silver lining? These and other questions will be the focus of the CMI anniversary seminar this Thursday at the Finnish National Theatre.

The seminar brings together several high-level experts. Opening the seminar is former President of Finland Martti Ahtisaari and CMI’s chief executive officer Tuija Talvitie. The speaker of honour is foreign policy expert and former United States deputy Secretary of State Strobe Talbott, who will discuss the foreign policy mistakes made during the Cold War and the challenges faced by the next President of the United States. Also speaking are Abdullahi An’Neim, an expert in sharia law who will discuss the connection between Islam and politics; professor Alex de Waal, an expert on the crises of Sudan and horn of Africa, who will discuss what makes present-day crises so difficult to solve; and documentary maker Abigail Disney, who discusses film as a form of activism. The seminar is chaired by BBC journalist Emily Buchanan. 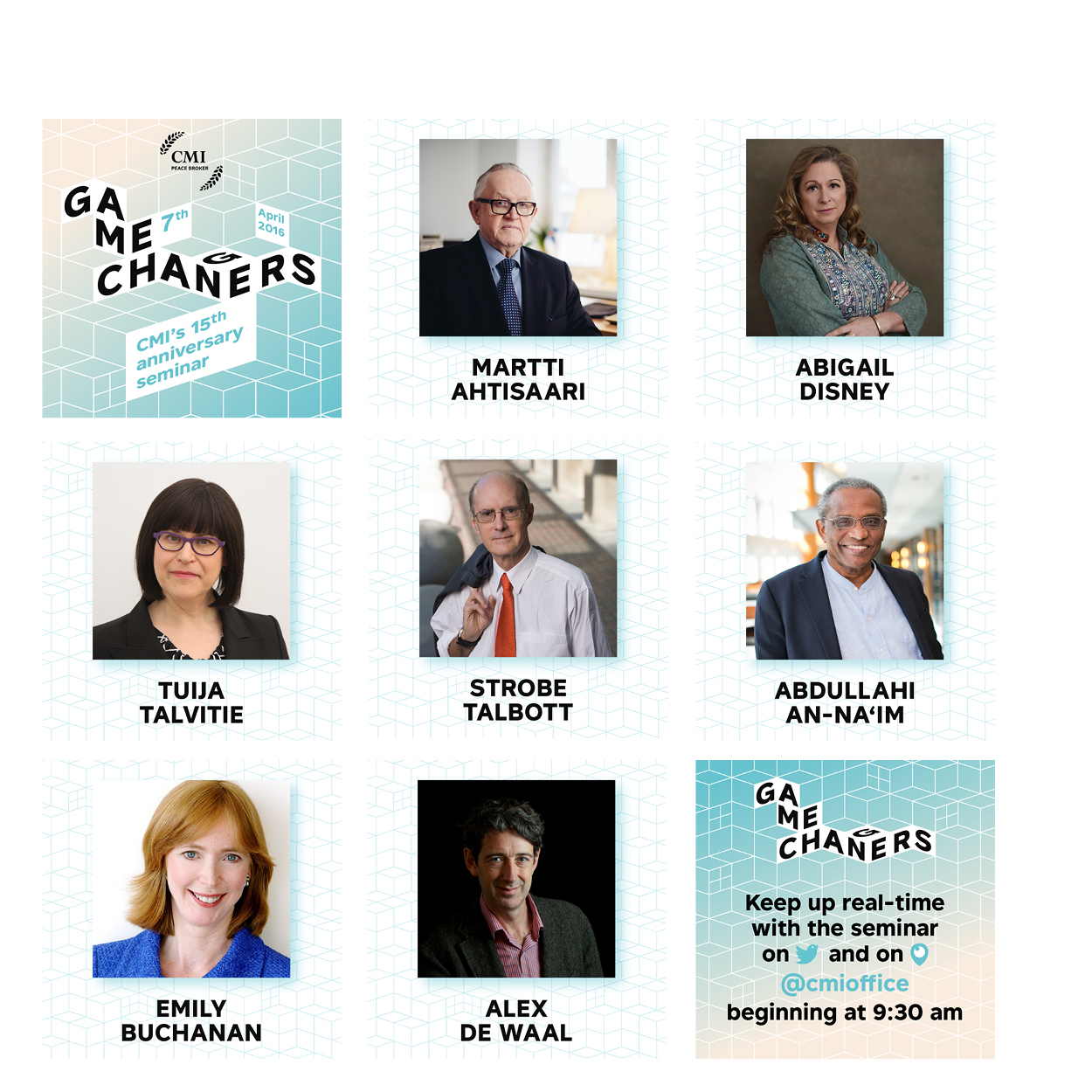 Former President of Finland Martti Ahtisaari founded CMI in 2000, soon after leaving public office. Ahtisaari had that same year turned down the offer of the leadership post of the United Nations High Commission for Refugees, because he wanted to focus on the root causes of conflicts. The prevention and resolution of violent conflicts has been the core expertise of CMI for over fifteen years now.

“It’s important to note that when it comes to the overall security of Finland, one must look far beyond the country’s borders also and work to prevent violent conflicts wherever they occur,” says CMI’s Executive Director Tuija Talvitie. Being Finnish is a big advantage in the wider world of mediation, Talvitie notes. “As a small and flexible Finnish actor, we inspire trust. In this field, being small is a bonus.”

Follow the seminar live through Periscope on Twitter: @cmioffice and on social media with the hashtag #gamechangers.