Yemeni women for peace: nothing about us without us 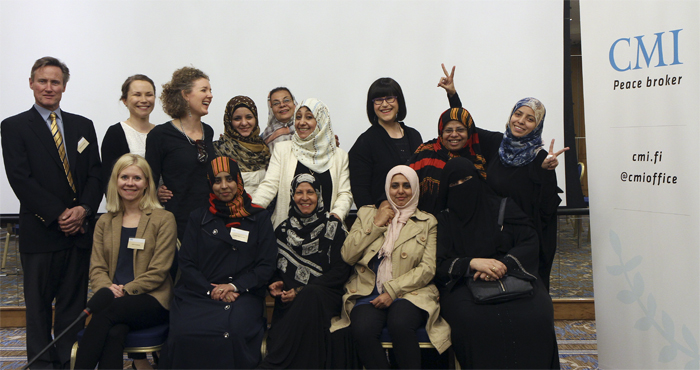 Supported by CMI, a group of Yemeni women urge all sides to resume negotiations to stop conflict and return to political transition.

As part of CMI’s longstanding efforts to help Yemen’s faltering peace process back on track, and to anchor it in the voices of Yemeni citizens, we brought together a group of Yemeni women from across the range of political groupings in Beirut last week. The meeting was organised as part of CMI’s work with the Women’s Forum for Dialogue and Peace, a group of influential Yemeni women who aim to ensure that women’s views and needs are given weight in all negotiations to steer the country to a better future. Yemen’s complex conflict has spiralled, bringing the political process in the country to a halt and creating a severe humanitarian crisis. 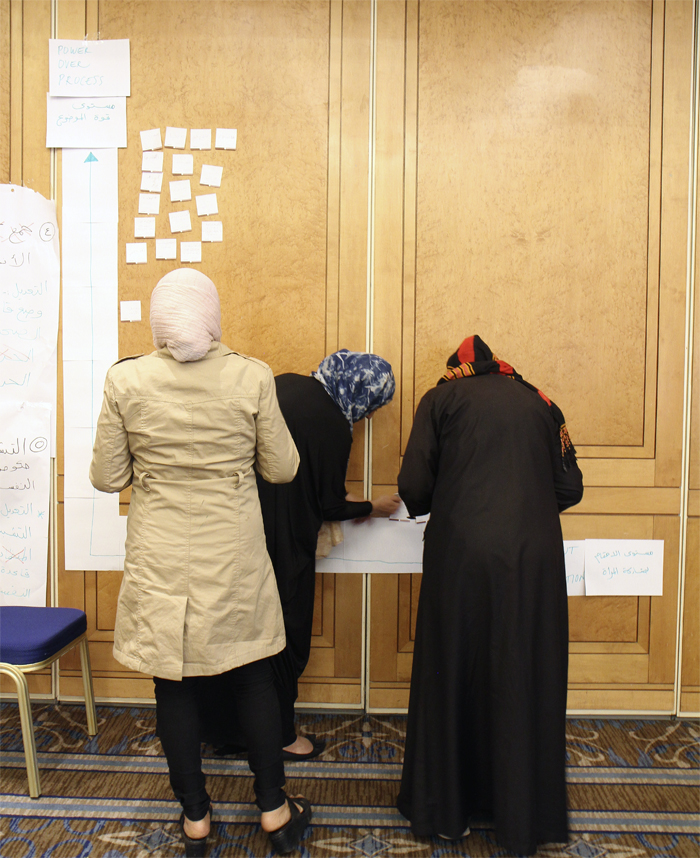 The purpose of the meeting in Beirut was to hear the Yemeni women’s views on the current status of the crisis in Yemen and to support them to work together across their differences to identify issues of consensus that they as women and peace actors can bring to the table.

Supporting the women to work together

Many members of the Women’s Forum for Peace and Dialogue were unable to leave the country for political and security reasons and delegated other members of their groups and parties who have more freedom of movement to attend. The purpose was to hear their views on the current status of the crisis and the talks; to give them concrete ideas and direct inspiration about women’s collaborations for peace in other contexts; and to support them to work together across their differences to identify issues of consensus that as women and peace actors they can bring to the table. This is now a real priority as peace talks are due to start again under UN auspices in Kuwait on 18 April.

We were supported by the presence of our Executive director Tuija Talvitie, for whom women’s meaningful participation in peace processes is a personal and professional priority.  “At one moment I was almost alarmed by the tension in the room, but by the end I was impressed by how the women – despite their political differences – worked their issues out and came to a strong common statement of their priorities as women and as Yemeni citizens,” Talvitie noted.

Read below the statement made by the women during the meeting, held on 23-24 March in Beirut.

Statement of the Yemeni Women for Peace

We, a group of Yemeni women representing a number of political parties and components, met in Beirut to engage in dialogue and work together to enhance the role of women in peacemaking in Yemen. We demand all Yemeni stakeholders to:

1.      Stop the foreign military intervention in all its forms in Yemen

2.      Stop the internal fighting among all conflicting parties

3.      Immediately lift the land, sea and air embargo imposed on the people of Yemen

4.      Guarantee the entry of humanitarian assistance to all areas affected by the conflict

5.      We urge all political parties and components, including women, to return the dialogue table to resume the political process.

6.      We call on the national and regional actors as well as the international community to respect their commitment to the National Dialogue Conference outcomes and to guarantee a minimum of 30% representation of women in the peace process.

We as Yemeni women commit to work together with a joint vision and affirm that anything about us will only succeed with us.