Walking the talk: women working for peace across conflict divides 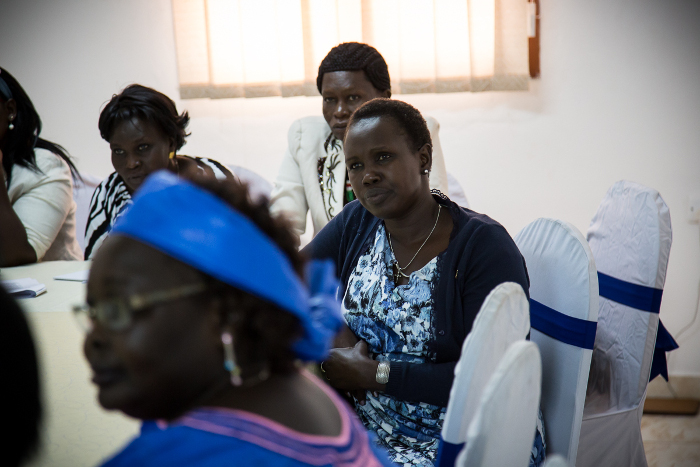 Deborah Ajak Garang, South Sudanese MP with other Women’s parliamentarians in a meeting with CMI staff in Juba.

“When the war broke in South Sudan, we were the first women who sat together and put out our message: stop the killing and analyse the root causes of our troubles. Guns solve nothing,” says MP Anisia Achieng of South Sudan, where violence erupted in 2013 after only two years of independence. Achieng is one of the 25-strong core group of female parliamentarians of South Sudan with whom CMI works in support of the country’s still-fragile peace process. 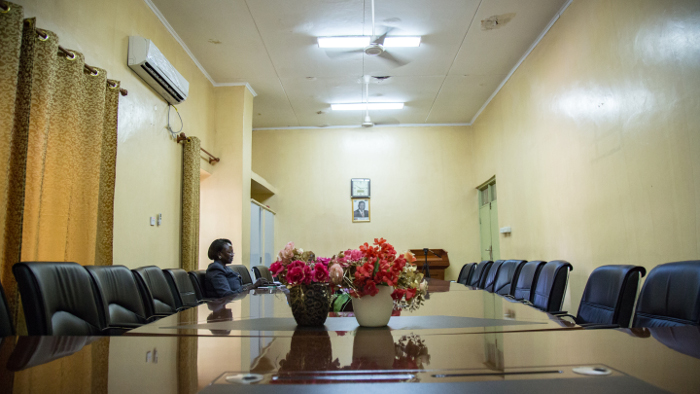 Since 2013, thousands have died, thousands more have fled the country, and several millions have been forced fromtheir homes and face the devastating effecs of a humanitarian crisis. Some hope was brought in August of 2015, when the warring sides signed a peace agreement. The agreement was intended to bring a conclusive halt to twenty months of war with rebel factions, but the situation remains precarious.

According to CMI’s Sub-Saharan Africa programme lead Itonde Kakoma, forming the transitional government of national unity is the critical first step to real implementation of the accord. “And for the administration to be functional, it must have the trust of all the parties to the peace agreement. The real test of any peace agreement is in the implementation, and the extent to which the conflicting parties and the general population are committed to it.”

Peace on paper into real peace

CMI’s main goal in South Sudan is to foster sustainable and inclusive implementation of the August 2015 peace agreement.  We work with key political actors to promote dialogue across the political divides. This includes women parliamentarians from across those divides, whom we support to connect dynamics at national level with the priorities of ordinary South Sudanese women in villages and towns across the country. 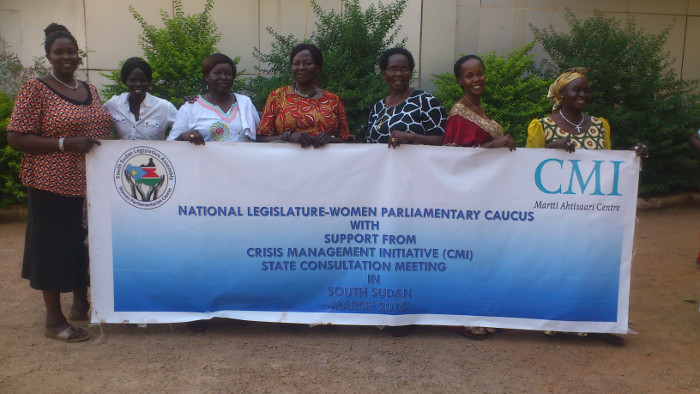 This is a practical way of helping the peace process become genuinely responsive to the needs of all South Sudanese.  It will also contribute to the broader and longer-term goal of strengthening the South Sudanese parliament and its ability to function effectively in resolving conflict and building stability. By working on this initiative, the Women’s Parliamentary Caucus are practicing and modelling an inclusive and responsive form of governance.

“Being in the government, in the system, is different than being an activist. I used to address the women’s rights, now I’m more involved with the institution. Whatever we do here, is it implemented?” Achieng points out.

CMI’s shares these concerns, working globally to see that signed pledges to peace are put into practice by the people responsible for delivering them. At the end of the day, no peace can endure for long if it fails to translate into concrete improvements in the everyday lives of the people.

No side left behind

One of the key principles of CMI’s work is inclusiveness, because it is only by bringing all sides on board and by giving voice to all concerns that peace agreements can be made to last.

“We focus on women’s participation and understanding things from a gender perspective. Because women are so heavily and so systematically marginalized, their talents and energies for peace go to waste,” says Antonia Potter Prentice, who is Senior Manager in CMI’s Gender and Inclusion programme.

By working with the Women’s Parliamentary Caucus in South Sudan, CMI helps to increase the impact of women’s meaningful engagement in peace processes, not just because it’s a good thing per se, but because it is also a highly effective way of consolidating the peace process and making it deliver better for those who need it most. 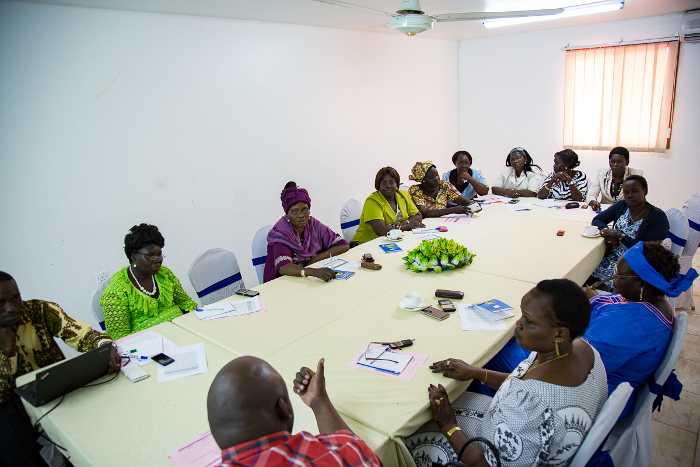 Members of Women’s Parliamentary Caucus in South Sudan participate in a meeting with CMI staff in Juba, South Sudan.

If the women of South Sudan’s Parliamentary Caucus can show they can work effectively for peace despite the political issues that divide them, why should others not follow their example?

See the 3-minute video about the work of the Womens’ Parliamentarian Caucus in South Sudan.

Research and practice have shown that peace is most sustainable when it has been built in an inclusive way that reflects the society concerned. Despite numerous global and regional commitments, together with media and policy debates, the participation of women in formal peace processes remains low and their role in peacebuilding is insufficiently recognised.

UN data from the past 15 years shows that less than two percent of peace agreements were signed by women, and less than nine percent of negotiators in peace processes were women. CMI recognizes these shortcomings and actively works to support a stronger role for women in peace processes, better overall capacities in gender-sensitive mediation, and broader considerations of gender issues in peace agreements.

CMI has worked in South Sudan since the country’s independence in 2011, and in early 2015 supported talks between the leaders of the country’s ruling party in the Arusha Process. CMI has also supported the inclusion of youth groups in the political dialogue.