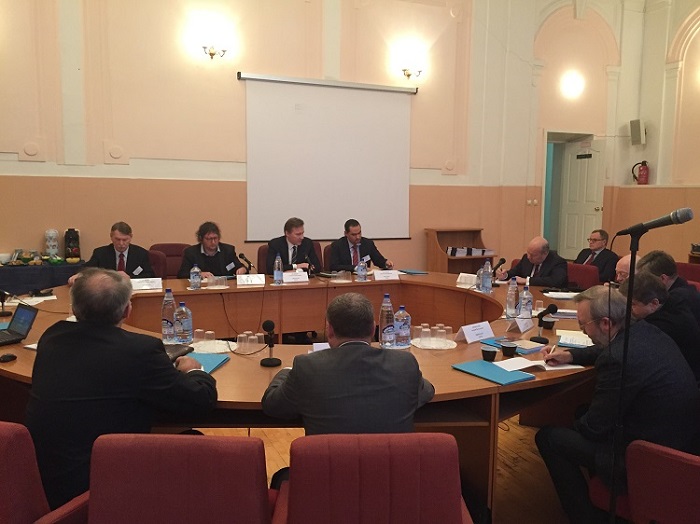 CMI and the Institute of Europe of the Russian Academy of Sciences organised the second annual international conference in Moscow.

On 25 November 2015, CMI in cooperation with the Institute of Europe of RAS  (Russian Academy of Sciences) and with the support of the Association of European Studies (AES) organised the Second Annual International Conference In search of joint responses to threats and challenges to European security in Moscow.

The conference consisted of three thematic panels of speakers followed by roundtable discussions. After the welcoming remarks from the organisers – Aleksey Gromyko, Director of the Institute of Europe (RAS) and Ville Brummer, CMI’s Programme Director and speakers from Kyiv and Moscow presented their views on the Ukrainian conflict and its implications for European security, reflected on the current peace process, as well as discussed possible ways of conflict settlement.

The speakers in the first panel included:

The session was co-moderated by Dmitry Danilov, Head of the European Security Department, Institute of Europe, and Denis Matveev, CMI’s Programme Adviser.

The discussion was moderated by Ville Brummer, CMI’s Programme Director.

The third session addressed the issues of European security in a broader global context, its interconnections and implications of the war in Syria. Mikhail Nosov, Deputy Director of Institute of Europe RAS, moderated the panel of speakers, which included:

All sessions were followed by lively discussions with the participants of the conference who represented a wide range of academics, experts, officials from Russia and EU diplomats.