How to best engage parliamentarians in peace processes?

CMI and European Parliament co-hosted a conference on parliamentarians’ experiences on peace processes in Brussels on November 17. 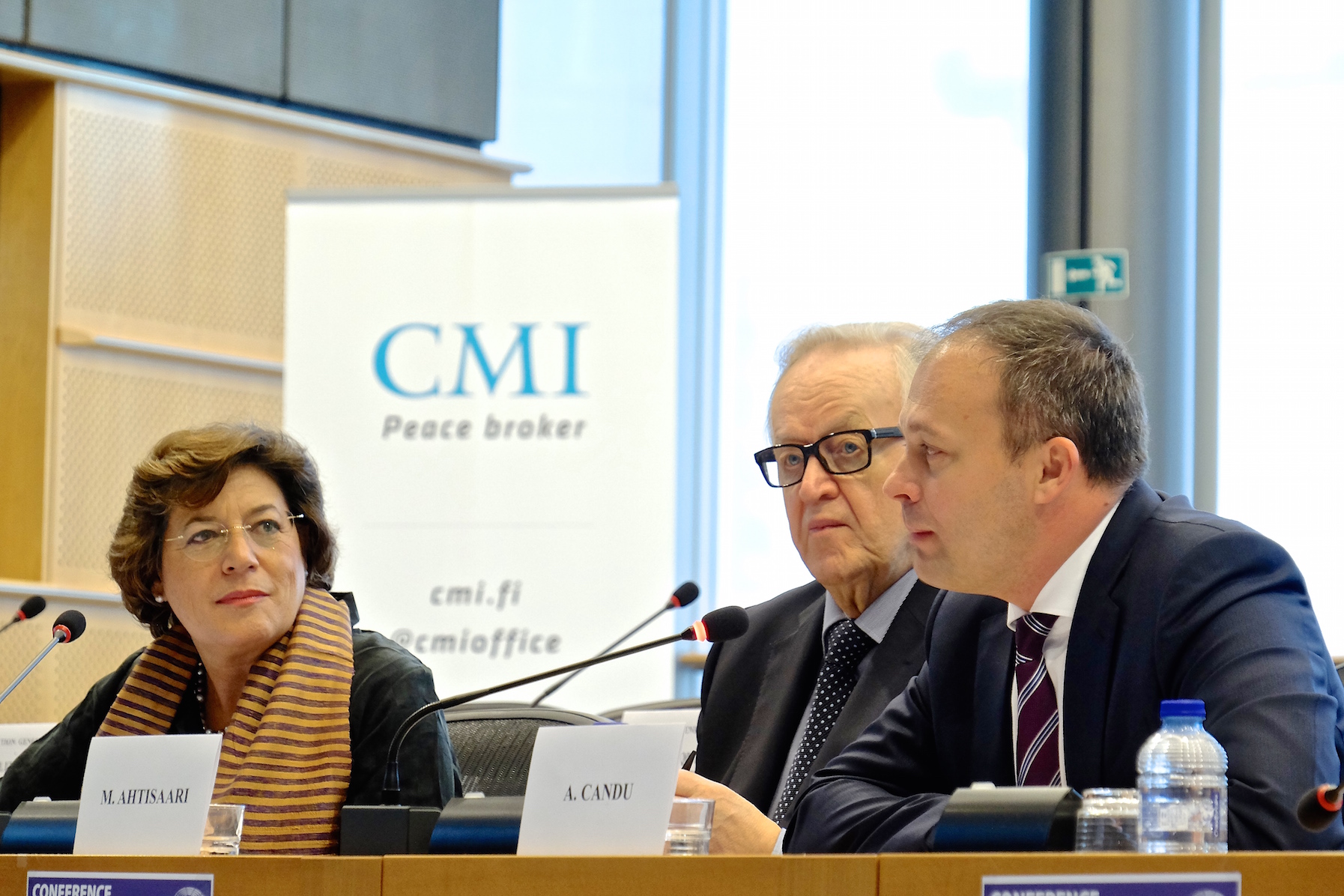 MEP Ana Gomes from the EP’s Democracy Support and Election Coordination Group, Nobel Peace Prize Laureate Martti Ahtisaari of the Crisis Management Initiative, and Andrian Candu, Speaker of the Parliament of Moldova opened an international conference of parliamentarians entitled “Political transition and peace processes: learning from the experience of parliamentarians and parliamentary dialogue”.

The discussion was opened to mediation experts and practitioners and led by Joëlle Jenny, Director for Conflict Prevention and Security Policy in the European External Action Service. MEPs Andrej Plenkovic, Petras Austrevicius, Pier Antonio Panzeri, and Judith Sargentini all contributed to the sessions.

During the opening President Ahtisaari underlined that “..without genuine and constructive commitment from parliaments, and promoting and implementing egalitarian policies for every citizen, sustainable and inclusive peace is not possible.”

MEP Ana Gomes stressed that “..in this fast changing world, where the effects of distant conflicts are being felt on the streets of Europe, parliamentarians need to play a greater role in promoting peace, including through parliamentary mediation and dialogue.”

Speaker Candu of the Moldova Parliament underlined the role of parliamentarians, including in preventing conflict, stating that “..effective peaceful dialogue does not have to be complicated but simple communication  can generate creative and positive outcomes.”

The conference discussed the key responsibility and roles that parliamentarians play in preventing conflict and promoting peace processes by drawing on personal experiences from parliamentarians in Moldova, Ukraine, Libya, Myanmar, Nigeria and the European Union.

The different sessions focussed on the role of parliamentarians as key actors in promoting dialogue and building consensus in society, the importance of strengthening relations between the region and the National Assembly, the critical role of political parties in supporting peace, ways to enhance parliamentary skills and capacities for consensus building as a key means for preventing conflict and building sustainable peace. Key recommendations were discussed in the final session.

MEP David Martin closed the conference stating that “many important issues have been raised today for enhancing parliamentary mediation capacities that we will develop further in the EP’s democracy support and election coordination group“.